Home » TV & Movies » Ewan Morrisons ‘How To Survive Everything Optioned For TV Series Development By Made Up Stories, Fifth Season & Kindling Pictures

EXCLUSIVE: Bruna Papandrea’s Made Up Stories, Fifth Season and Imogen Banks’ Kindling Pictures have optioned the rights to Ewan Morrison’s novel How To Survive Everything, to adapt as a series for television.

How To Survive Everything is a chilling and darkly comic thriller about a teenage girl and her little brother abducted by their divorced father and forced to live off grid within a group of survivalists who believe the world is ending. This is one young woman’s record of the collapse of everything she knows—including her family and sanity.

“We are thrilled to be partnering with Imogen on this sensational novel. Ewan had us on the edge of our seat with this truly original work that is an irresistible collision of being a gripping thriller, family drama, all wrapped up with the looming threat of the end of the world – with a surprising amount of laughs,” said Made Up Stories.

“I love this book. Ewan always endlessly and delightfully pursues surprising details of extraordinarily complex situations but with How To Survive Everything he’s also gifted us a reluctant, recalcitrant hero for the ages in Haley.  And she really needs her own series,” said Banks.

“I’m a huge admirer of the films and TV shows of Made Up Stories,” Morrison said. “And couldn’t be more thrilled for them to bring our coming-of-age survivalist story to the screen. They give such passion, insight and energy to all the stories they work on, and their vision of balancing the dark humour, family drama and action in How To Survive Everything is inspired. I’m really looking forward to seeing how Made Up Stories brings our rebellious Generation Z hero, Haley, to life.”

Morrison is a multi-award winning British author and scriptwriter. His seventh novel Nina X won Scotland’s prestigious literary prize, the Saltire Society Fiction Book of the Year Award (2019), and is in development as a feature film with director David Mackenzie. His films have been nominated for four Scottish BAFTAs and one was the winner of a Royal Television Society Award. Morrison is repped by Nick Marston at The Curtis Brown Group.

Mel Gibson Won’t Be Testifying In Harvey Weinstein’s L.A. Rape Trial After All 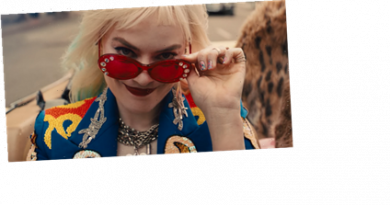 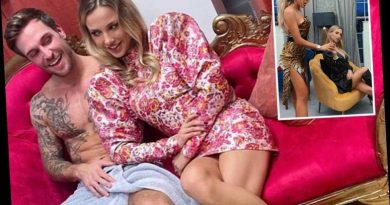 How Do You Cast a Sketch Show Like I Think You Should Leave? Look Outside the Comedy World