UK Eurovision Song Contest entry James Newman has been busy preparing for his Rotterdam debut, with organisers releasing the first look at his first on-stage rehearsal.

Though originally selected to represent the UK last year before the festival's cancellation due to the COVID-19 pandemic, it is the first time James has officially appeared on stage at the Rotterdam Ahoy.

And it looks set to be an emotional comeback after more than a year of pandemic restrictions.

In a video posted to the official Eurovision YouTube page, James can be seen arriving with his crew and an array of dancers, sporting a dark leather jacket and face mask.

He warms up with mic in hand in a small back room before proceeding onto the official stage.

There's plenty of smoke machines billowing out special effects as red lighting sets the mood for his track Embers in the background.

His dancers get out their own trumpets as they groove to the upbeat track, intended to "represent the UK" as "the spark in the fire that's never burnt out".

And James isn't afraid of a little grooving himself as he lets the music take over on his podium.

The fan reaction to the rehearsal has been mostly positive, with one joking: "Eurovision: How big do you want the trumpets? United Kingdom: YES!"

Another penned: "What a banger of a song!"

While a third posted: "United Kingdom is one of my favourites this year. Such a catchy song!"

"My favourite song this year 12 points!" someone else wrote.

However, some people thought there should be "more fire" in the staging to represent the track – though we do fear for James' leather jacket if that was the case!

Another social media user said: "If we're going to light up the room we need fire – yeah yeah fire!"

It is hoped the track will be able to score a left-hand side place for the UK on this year's Eurovision board, after Michael Rice came dead last in the 2019 contest with his song Bigger Than Us.

And with a live, socially distanced audience of 3,500 people, all eyes will be on James to bring a bit of Eurovision sparkle back for the United Kingdom. 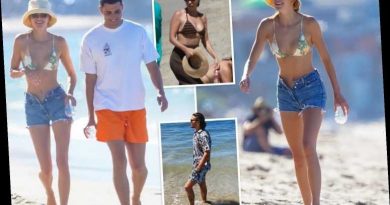 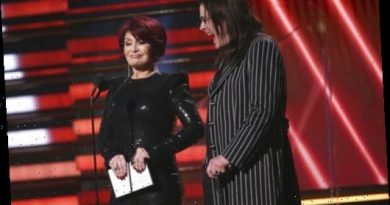 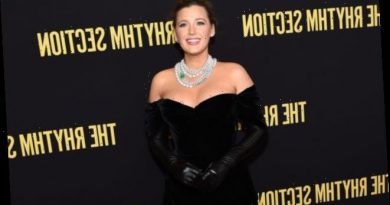