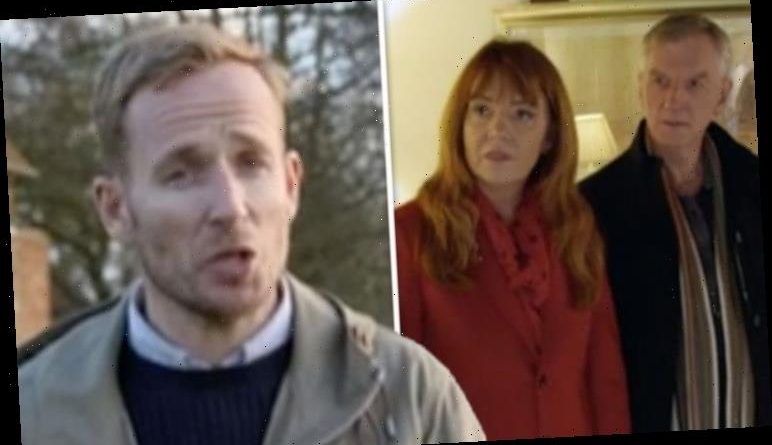 Escape to the Country: Guest comments on 'wonky floors' of house

Jonnie Irwin was tasked with finding the forever home for couple Melissa and Nick in Worcestershire. The pair had spent the last 22 years together in the same house and were looking for a fresh start now their two sons had flown the nest. However, one of Jonnie’s offerings on the BBC show wasn’t to the couple’s taste and caused Melissa to confess she felt “sick” during the search.

The couple had a healthy budget of £900,000 and were looking for a four-bedroom detached property.

Melissa and Nick fell in love with the first house Jonnie showed the couple and admitted they could move in right away.

“You couldn’t have designed a better house,” Melissa remarked. “I’m speechless which is a first for me.”

Both Melissa and Nick wanted their new home to be full of character but Jonnie’s second house didn’t impress them as much as he felt it should.

The search got off to a great start in the large farmhouse kitchen but it seemed to go downhill from there. 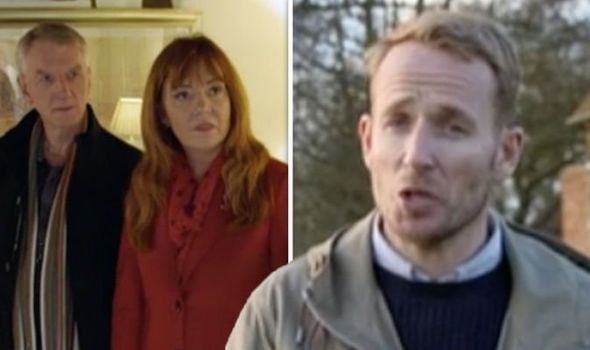 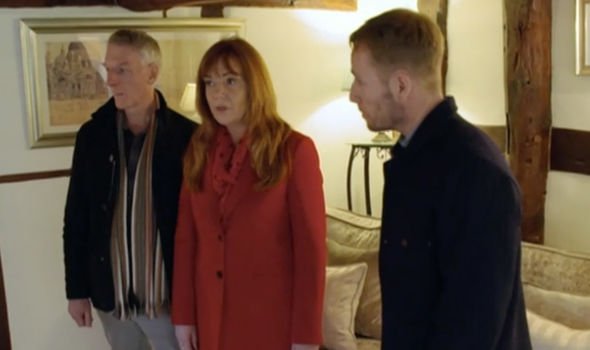 In the large character-filled living space, the property expert said: “For lovers of timber and exposed beams this is it, isn’t it?”

“Could you see yourself living in a house like this?” Jonnie asked.

“I don’t know,” Melissa replied and Nick added: “It has very low doorways.”

“You as buyers have to think, right this house has a really strong character, how do you impose yourself on to this house to make it your home and that’s what you’ve got to get your head around as we walk around,” Jonnie remarked.

As they explored the largest of the three bedrooms, the expert explained: “This is your main bedroom due to its size and again its outlook over the garden.” 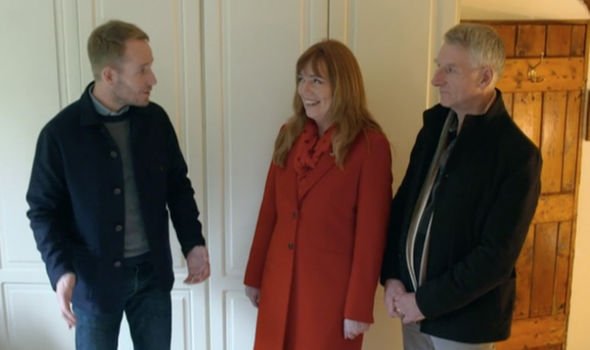 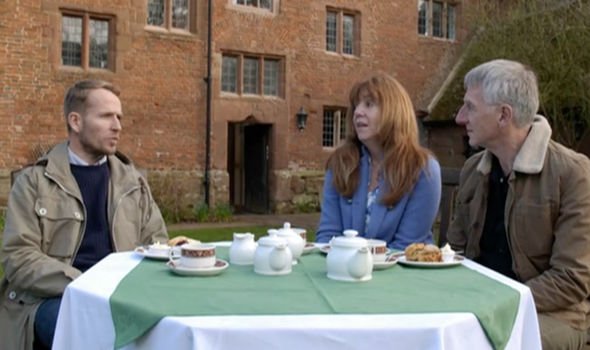 “Wow that’s a view, isn’t it? That’s lovely,” Melissa commented. “The beams are lovely. It has characterful floors too.”

“Oh, are we talking about the wonky floors?” Jonnie asked. “How do you feel about that? I quite like it.”

“I don’t like it,” she replied and the expert said: “Are you getting seasick?”

“Yes,” Melissa confirmed and her husband added: “It’s not going it for me in the same way the first [property] did.

“I love the character, I love the beams but something just doesn’t draw you in like the first proper did.”

“It’s a shame Nick and Melissa can’t see themselves living here as I thought this property would deliver the kind of character they requested,” Jonnie said.

For the third and final property, the BBC presenter decided to take a risk and show the couple a barn conversion which would typically not give the couple the character they were looking for.

However, Melissa and Nick were pleasantly surprised by the conversion and kept an open mind.

“One of the reasons we chose this as the mystery house is you said character for you had to be period character,” Jonnie explained.

“Yes there’s some period, the barn in essence is 200-years-old but a lot of it is 20-years-old from the conversion.”

After looking around the property, Jonnie asked: “Melissa you love this house don’t you?”

The guest replied: “I do it’s totally different from the others,” and Nick added: “This is just the perfect house.”

“I am dumbstruck we would never have looked at this house,” Melissa shared. “We would have written it off, you’ve given me a real dilemma now.”

When Jonnie caught up with the couple, they admitted they were torn over the first property and the barn conversion.

The couple explained they were looking to organise second viewings for both properties and planned to bring their sons along as a fresh pair of eyes.

Ultimately, Jonnie was pleased to report the couple were lucky enough to have an offer accepted on the first property.

Escape to the Country airs on weekdays on BBC One at 3pm. 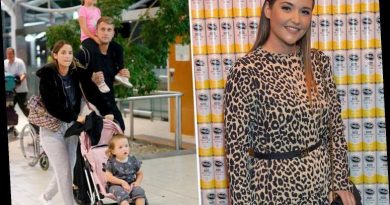 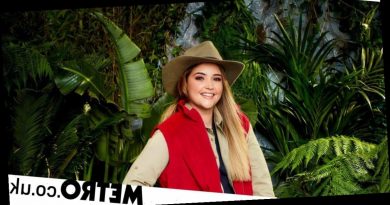 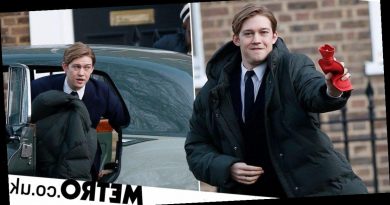