Tameka Empson is probably best known for playing Kim Fox in EastEnders – the soap favourite with “big hair, a loud personality, hyperactive and a big heart”.

She is currently embroiled in a gripping murder storyline that this week saw Jack Branning and Howie step up to help her get to the bottom of Vincent's disappearance.

But Tameka is also a successful comedian and you might recall her from her 3 Non-Blondes days, the noughties hidden camera show.

The 44-year-old has been in various British shows too such as Beautiful People and Whitechapel and is a regular fixture at the Hackney Empire in east London for pantomimes each year.

Tameka, a mum-of-two, has won various accolades throughout her career including Funniest Female Performance at the Inside Soap Awards, then in 2019, she appeared on Comic Relief Does The Apprentice to raise money – so she’s definitely multi-talented.

Tameka took a break from Walford in 2019 but announced her return in the summer of 2021.

We take a look back at some of her career and life highlights.

Tameka took part in the hit dancing show in 2016 and was partnered with Gorka Marquez.

But despite her high hopes, sadly she and Gorka, 31, were the second couple to be eliminated from the show.

Performing with an injured knee, she was voted off after only her third dance with just former judge Darcey Bussell opting to keep her in.

After the series, Tameka said: "I can't lie, I am gutted. I really, really am. It's gone.

"I really wasn't ready to leave, but that's just the nature of the show and I do understand that.

“I'm shocked that I've gone so quickly when I had so much more to give."

During lockdown in 2020, Tameka was busy – having another baby!

She didn’t tell anyone about being pregnant for the second time as she “wanted to enjoy it”.

Revealing she had another child on Loose Women in July, Tameka said: “I've been contributing to the human race… I have a baby boy, a bouncing baby boy.”

When asked why she didn’t tell fans, she replied: “It wasn't so much deliberate. I just wanted to enjoy it. A baby comes and you want to enjoy it before everyone says, 'How's he doing…’

Tameka is already mum to Nylah, six, and said parenting during lockdown had been “a challenge”.

In 2019 Tameka landed a dream role – voicing the character of Pearl the Police Horse on Disney’s 101 Dalmatian Street.

It’s an animated TV series and loosely based on the 1956 novel The Hundred and One Dalmatians.

Paloma Faith also voices a part – that of Portia the Poodle.

Other British stars to lend their voice to the children’s favourite are actor and comedian Stephen Mangan and pop star Olly Murs – so Tameka is in good company. 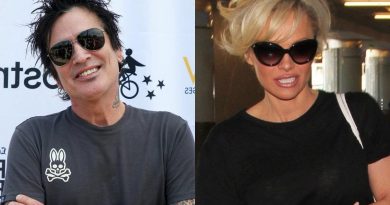 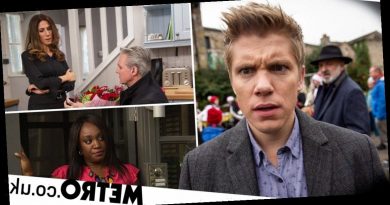 Who has left Emmerdale in the past two years and who else is leaving? 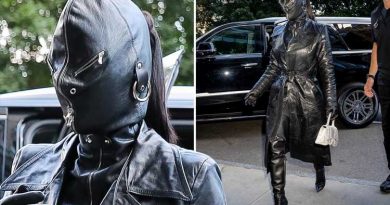