EastEnders fans are in for one bumpy ride next week as they're transported back to 1979.

EastEnders spoilers reveal that Keeble's vendetta against Phil is only getting deeper and the reason behind it is linked with Phil's past.

Meanwhile Billy spots newcomer Freddie getting himself into trouble, but is left floored when the teen introduces himself as Freddie Slater, his son.

READ MORE: EastEnders flashback episode – when will it air and inside Mitchell family tree

Elsewhere, things quickly go south for an excited Frankie, who is starting her new teaching job, as a video about her circulates on social media.

But it seems things are about to get worse when she realises she's being followed home after a night out.

Phil is shocked when he discovers who Keeble wants him to inform on, leading viewers to be transported to 1979 to learn more about the Mitchell family’s past.

As fans are transported back to 1979, the Mitchells are hit hard by a Britain in economic turmoil.

Peggy has her hands full keeping a busy household running whilst her marriage to Eric is slowly starting to crack.

After learning that Phil has a job at a garage, Eric decides to take Phil and Grant out on a "job" in order to give them some work experience, despite Peggy’s disapproval.

Eric and Phil are vying for the title of man of the house but who will come out on top?

With DCI Keeble’s obsession with the Mitchells getting deeper, will the truth of her vendetta against the family finally be revealed?

Whilst prepping for the wedding, Phil is horrified to get a text from Keeble who is outside and threatens to cause trouble for Kat if Phil doesn’t deliver the information she needs.

Will he be able to warn Kat in time?

Phil tries to find a way to dig himself out of his mess with Keeble and makes one last attempt to outdo her.

Meanwhile Sharon invites Matt back to her house, but grows confused about her feelings for Phil and his upcoming wedding.

Things start to look up for Billy when he takes an opportunity to ask Honey for a drink, but the introduction of Freddie Slater puts a spanner in the works.

Freddie engages in some haggling at Billy’s market stall before taking a bap from Stacey’s stall without paying.

Afterwards, Bobby spots Freddie by the Tube, where he is being reprimanded for jumping the barrier and agrees to pay his fare.

Later, Billy sees Freddie and is about to call the police when Freddie introduces himself as his son.

Honey storms out on Billy at The Vic, demanding that he contacts Little Mo about telling Freddie the truth about his biological father.

Stacey assures a hurt Freddie that his mum will have answers for him.

At the end of the night, Stacey is alarmed when she realises that Freddie has gone and heads off to find him with Eve.

An excited Frankie has her first day as a teaching assistant but is left upset when she notices Amy, Denzel and Nugget mimicking her while she is signing.

Frankie tells the trio off but things take a turn when they take inappropriate photos of her and use them to create a social media video.

She expresses her anger and upset to Mr Morden about the social media video and is dissatisfied with his response.

Frankie’s mood lifts until a stranger tries to kiss her after repeatedly hassling her on the dance floor.

She leaves early, refusing Lola’s offer to accompany her home and makes a panicked exit from the tube.

Frankie becomes aware of the fact she is being followed home and is approached by the man from the club.

A trapped Frankie finds the chance to escape after a stranger intervenes and hurries home.

Explaining to her family what happened, Mick is relieved to hear Frankie got away physically unharmed but she doesn't see it like that – will she reveal what is on her mind?

For more of the latest showbiz news from Daily Star, make sure you sign up to one of our newsletters here 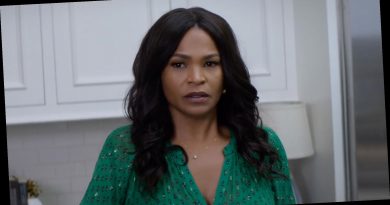 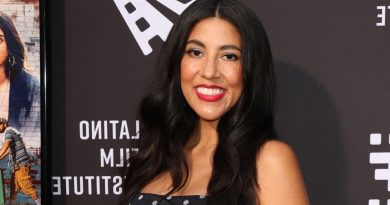 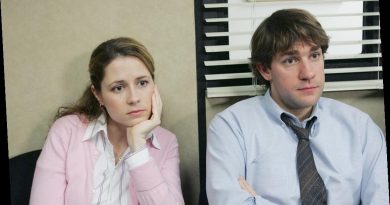