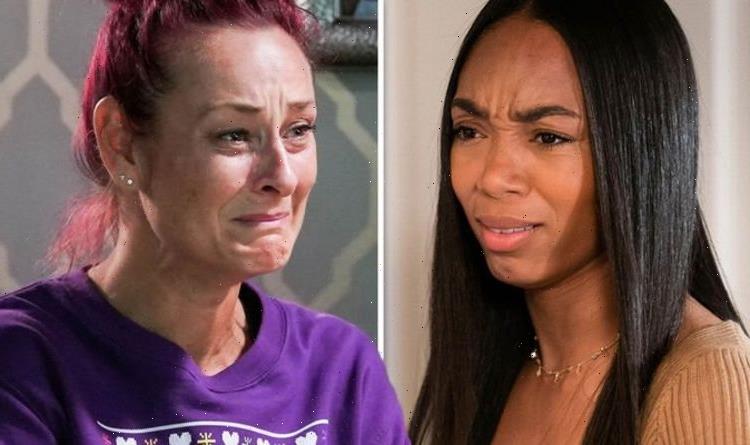 EastEnders: Suki falls over in the shop

EastEnders fans were rocked when Gray Atkins (played by Toby-Alexander Smith) murdered Tina Carter (Luiza Bradshaw-White) after she realised he was responsible for Chantelle Atkins’ (Jessica Plummer) death. However, his blossoming relationship with Chelsea Fox (Zaraah Abrahams) may lead to Tina being found alive.

In upcoming BBC scenes, Karen Taylor (Lorraine Stanley) tells Gray his new girlfriend should be making more of an effort with his kids.

Chelsea has made it clear she has no interest in playing step-mum and is only interested in spending time with the lawyer.

However, Gray realises his mother-in-law is right and encourages Chelsea to get involved with Mia’s birthday.

He suggests she takes the kids shopping as the youngster needs a new dress for the occasion.

At the market, Chelsea continues to make little effort with Gray’s children.

Whitney offers to fix Mia’s old dress for her party for free while Zack keeps his nephew entertained.

Later, Mia shows off her dress to Karen who’s forced to admit she might have been wrong about Chelsea.

Although she plays no role in helping the youngster, Chelsea keeps quiet about the source of the dress.

Chelsea’s hold on Gray grows as she encourages him to skive off work.

She argues that she needs his help to prepare for court but instead plans her outfit.

They meet her friend with a van full of dresses which Gray quickly realises are stolen.

But the criminal persuades Gray to turn a blind eye by inviting him to have some fun in the back of his car.

However, Gray is left shaken when Chelsea spots an earring on the floor.

He realises it was Tina’s and struggles to come up with a believable excuse.

Will Chelsea believe him or will she begin to suspect something isn’t quite right?

Chelsea was shocked when Gray’s boss warned her off dating him but brushed her comments aside.

The smooth operator has got the lawyer under her spell and he may tell her the truth if she pushes him.

Will Gray open up to Chelsea about Tina’s final moments and reveal that she isn’t dead?

EastEnders fans will remember the lawyer attacked Tina before wrapping her up in a shower curtain and driving off with her body in the boot of his car.

But, viewers didn’t actually witness Gray burying Tina’s body and she has survived the attack.

Tina believed she was in the frame for Ian Beale’s (Adam Woodyatt) assault and may fear for her life if she returns to Walford.

If Gray threatened to hurt her family, Tina may have decided it was best for her to stay away for a while.

However, if Chelsea goes looking for the missing resident, will she find Tina alive?

EastEnders continues on BBC One tonight at 7.35pm. 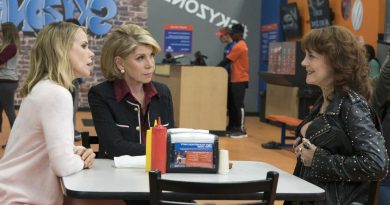 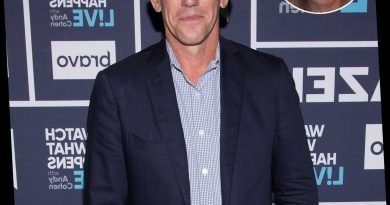