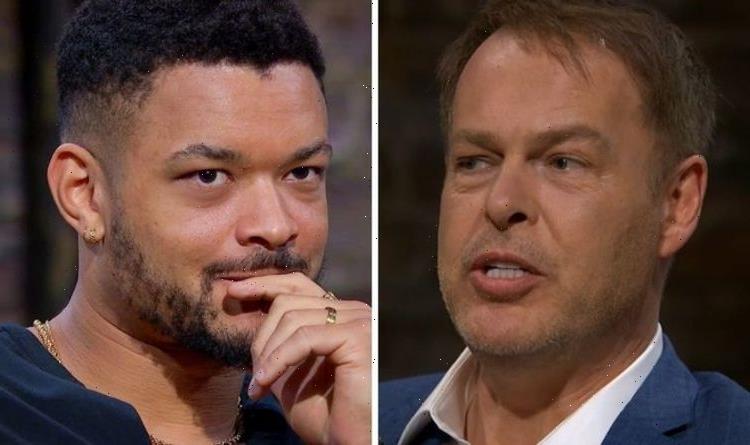 The first pitch of the new series of the BBC business investment show saw Edward Hancock and Rich Simpson attempt to sell their vision of an artisan cheese company to the dragons. The idea seemed to cause some tension between the investors, as Dragons’ Den veteran Peter made an offer and asked for five times more of the business than the amount the men had asked for. Also making an offer to invest in the business, Steven, who has made history as the youngest Dragon on the show, aimed a jibe at his colleague as he accused him of attempting to “suck the blood” out of the entrepreneurs.

With Cheesegeek, Edward and Rich hoped to gain £150,000 from one of the Dragons, in return for a three per cent share in the business.

After initially appearing sceptical about the idea, Peter decided to make an offer once he had heard more about it.

“I’m going to offer you all of the money – I was going to say for 20 per cent… but I’ve paused because I don’t think you’ll do it.”

The 55-year-old continued: “So I’m going to offer you all of the money, but I want 15 per cent of the business.”

The business owners appeared apprehensive as Peter asked: “Are you accepting?”

“We might just think for a sec,” Edward replied.

New recruit Steven then gave his view on the cheese company proposition.

“I really like the business,” he stated. “And there are tonnes of challenges you’ll face, but the most important thing that gives you conviction as an investor that those challenges won’t be insurmountable are the entrepreneurs that stand before you.

“When I chose to join the Den, I was asked a lot about what type of business I was looking for and my answer was always the same.

“It was, ‘I’m looking for a business where there’s a lever I can pull based on my experience, my skill set and my contacts to multiply the value of the business.’

“‘So I feel like you’re here for me and I also feel like I’m here for you.

“So I am going to make you an offer.”

He added pointedly: “But I’m not going to suck the blood out of you like Peter just did.”

Fellow Dragon Sara Davies grinned as the new Dragon continued: “I’m going to offer you all of the money for 7.5 per cent of your business because I think that’s fair.”

“And a lovely first offer. You shouldn’t take it, but it’s great,” Peter harped back.

Evaluating their options, Edward and Rich expressed a keen interest in working with Steven but wanted to know if he’d drop down to five per cent if he got his money back.

“I’ll tell you what I do,” Steven responded. “If you can return my money within the next 24 months, then I’ll drop down to five per cent.”

“I think then we’d love to accept,” Rich answered.

“What an investment to make as my first one!” Steven commented happily.

Dragons’ Den continues on Thursday at 8pm on BBC One. 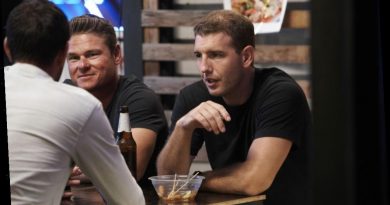 'Below Deck': Are the Guests Unhappy With Chef Kevin? 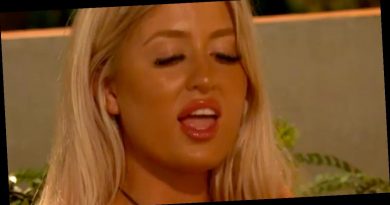