Last night, Benedict Cumberbatch and Elizabeth Olsen joined their co-stars on the red carpet for the Hollywood premiere of Doctor Strange in the Multiverse of Madness. Ahead of full reviews this afternoon, the first reactions are in for the latest MCU movie, one directed by horror legend Sam Raimi. Critics are pretty positive about what is apparently a pretty scary and bizarre Marvel comic book movie.

Variety
Welp! Marvel fans finally got their horror movie. #DoctorStrangeInTheMultiverseOfMadness is a dark & wildly imaginative creation from the twisted and brilliant mind of Sam Raimi. Dug the hell out of it. Study up on your comic book knowledge…Superhero fans will lose their faces!

Collider
MARVEL MADE A HORROR MOVIE! It’s weird, scary and earns the title “Multiverse of Madness.” If you were at all concerned this movie wouldn’t feel Sam Raimi enough, fear not! I can’t imagine a more Sam Raimi MCU film. My genre loving heart is bursting right now.

Screen Rant
Doctor Strange & the #MultiverseOfMadness is a great follow-up to the sorcerer’s first solo film and should make fans excited for future films. Still, it suffers from the same issue as No Way Home (albeit with a better overall story): weightless cameos over substance at times.

New York Times
Don’t worry, Sam Raimi fans. DOCTOR STRANGE IN THE MULTIVERSE OF MADNESS fully goes horror—jump scares, body horror, and a smattering of diabolical kills. It fits in the MCU but has Raimi’s deranged creepy campy groovy DNA all over it. Start the Elizabeth Olsen Oscar campaign.

Gizmodo
Doctor Strange in the Multiverse of Madness is the weirdest, grossest Marvel movie yet. It’s wildly disjointed, partially on purpose, so it doesn’t always work but the horror, and especially Wanda, work incredibly well. Plus wow. What huge surprises.

Beyond The Trailer
Peeps gonna be heavily divided on this one.

Fandango
By far the creepiest, gnarliest, zaniest, most haunting & terrifying Marvel movie, #MultiverseOfMadness definitely brings the Sam Raimi horror vibes, and I loved that about it. Danny Elfman’s music is a perfect fit for the film’s odd, mysterious tone & Elizabeth Olsen is MVP, imo. I most enjoyed how ambitious #DoctorStrange is. How it swings for the fences & how it’s lighter on humor & leans more into the evil of it all. That’s where Raimi really has some fun. Ultimately a film about being pulled toward darkness & the fight to keep it from engulfing us

The Wrap
#DoctorStrange is totally madcap and insane. It’s 100% a Sam Raimi movie (which is very much appreciated), easily the scariest MCU entry thus far. Go in knowing as little as possible. Your journey to the multiverse will be much more enjoyable

Doctor Strange in the Multiverse of Madness hits UK cinemas on May 5, 2022. 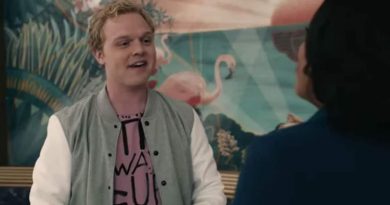 Joe Adler on Grand Hotel: Who is behind the character of Justin? 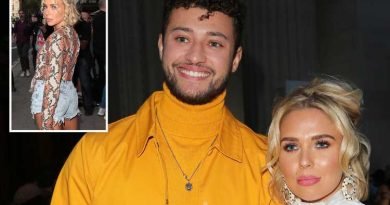