Wray has joined the writing team and will serve as co-executive producer on the show, working alongside showrunner Patino, who wrote the pilot episode and executive produces the series.

DMZ is set in the near future, when America is embroiled in a bitter civil war, leaving Manhattan a demilitarized zone (DMZ), destroyed and isolated from the rest of the world. It chronicles the harrowing journey of fearless and fierce medic Alma Ortega (Rosario Dawson) to find the son she lost in the evacuation of New York City at the onset of the conflict. Throwing gasoline on the flames of that conflict is Parco Delgado (Benjamin Bratt), the popular, and deadly, leader of one of the most powerful gangs in the DMZ. He wants to rule this new world and will stop at nothing to secure that outcome. The drama will examine the stark political and cultural divide in American society, where Alma must contend with the gangs, militias, demagogues and warlords that control this lawless no man’s land. In doing so, she becomes the unlikely source of what everyone there has lost…hope.

Ariel will play the series regular role of Nico, a foul-mouthed scavenger with a hankering for mischief.

Wesley will play Athena, a calculating operative for the separatist Free States of America — and the most effective power broker in the DMZ that no one there has heard of.

Dunn will portray Oona, a powerful fixture of near-mythical stature who oversees an all-female commune, along with the most valuable currency in all the DMZ: the water supply.

Wu is Susie, whose revolutionary past has shown her that the best of humanity can be discovered at its worst moments.

Gallegos will play Cesar, a ruthless and devoted consigliere who’ll stop at nothing to secure his gang’s authority in the DMZ.

Gummer will portray Rose, a jaded medic who tirelessly cares for the ill and injured of this disenfranchised population, regardless of the cost.

Darshi is Franklin, one of the only smugglers who can get someone in or out of the DMZ.

Feliz will play Carmen, the fearless and fiery partner to the biggest bad in the DMZ, and a critical source of power and community in her native Spanish Harlem.

Sanders is Cedric, a straight-shooting citizen of the DMZ whose only care in the world is protecting his grandson.

DMZ is produced by DuVernay’s Array Filmworks in association with Warner Bros. Television.

Dickerson co-wrote and made his directorial debut with the 1992 independent feature film Juice, which starred Omar Epps, Tupac Shakur, Jermaine Hopkins, and Khalil Kain. One of the most in-demand TV drama directors in recent years, Dickerson has helmed multiple episodes of series such as Bosch, Godfather of Harlem, The Walking Dead, Treme, Dexter, Raised by Wolves, The Wire and ER, among others. Film directing credits include Bulletproof, Tales from the Crypt: Demon Knight, Ambushed and more.

Wray most recently served as a writer and co-executive producer of the HBO/Warner Bros. Television limited series Watchmen, winning a 2020 Emmy Award for Outstanding Limited Series, as well as a WGA Award for New Series. Before that, she was part of the writing/producing team on HBO/WBTV’s drama Westworld, where she worked with Patino and was Emmy-nominated for Outstanding Drama Series in 2018. She was also a writer/co-producer on HBO/WBTV’s drama series The Leftovers. 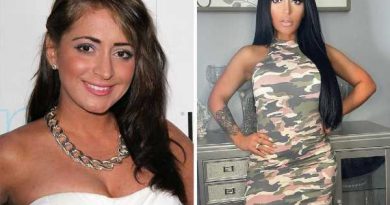 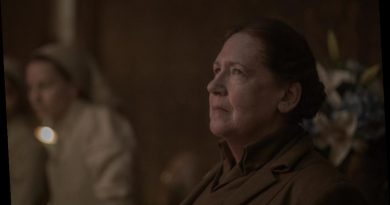 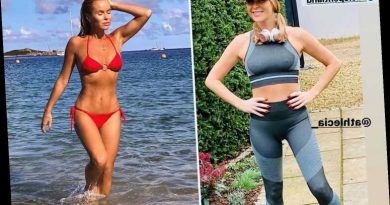