After five years away from making movies, director David Fincher has finally lined up his next feature film. After flirting with Paramount’s World War Z 2 only for that project to ultimately fall apart, Fincher is now heading to Netflix to direct a biopic of Herman J. Mankiewicz, the co-writer of films like Citizen Kane and an uncredited writer on The Wizard of Oz. Gary Oldman (The Dark Knight) will star, and Fincher’s own father wrote the screenplay. Here’s what we know about the new film.

The Hollywood Reporter broke the news that Fincher will next direct Mank, a biopic of Herman Mankiewicz, a one-time newspaperman who later racked up over 90 Hollywood writing credits and “had an outsized influence in the Golden Age of Hollywood.” Gary Oldman, following his Oscar-winning turn as Winston Churchill in another biopic, The Darkest Hour, will play Mankiewicz. (“Mank” was his nickname, hence the film’s title.) The film will be shot in black and white to keep with “the classic Hollywood vibe,” according to THR.

David Fincher’s father, Howard “Jack“ Fincher, wrote the screenplay (he doesn’t have an IMDb page, so I assume this will be his first produced script) and even though we’ve never heard of this project before, David reportedly wanted to make this as a follow-up to his 1997 movie The Game. I imagine a film like this might be a tough sell at a traditional studio in the current film environment, but Fincher has such a tight relationship with Netflix that it seems like a no-brainer that he’d make a feature for them. He set the tone for the streaming service’s first major original series House of Cards by directing the first two episodes, and more recently, he executive produced Netflix’s NSFW animated series Love, Death & Robots.

Mankiewicz co-wrote Citizen Kane with Orson Welles; both won an Oscar for their work, although Welles famously tried to wrestle credit away from Mank for his contributions, as depicted in an episode of Comedy Central’s Drunk History.

Sounds like another chance for Oldman to play another real person (the Academy clearly loves that), as well as a potential opportunity for Netflix themselves to add to their Oscar count. Production on Fincher’s new movie gets underway this fall, and no release date has been scheduled yet. 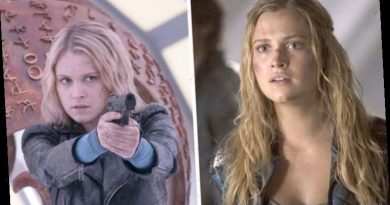 The 100 season 7 spoilers: Why did Clarke kill major character? Star breaks down death 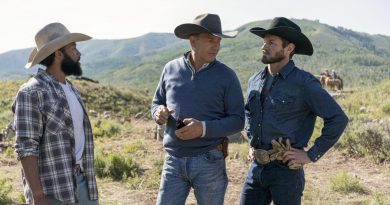