Reprising his role as Dewey Riley in ‘Scream 5’, the ex-husband of Courteney Cox insists to feel the present of his late pal on the set as he listened to the latter’s favorite music in between scenes.

AceShowbiz –David Arquette has been having a “really hard time” grappling with the loss of his “Scream” director Wes Craven after returning to the horror franchise for a new sequel.

The actor has reunited with his real-life ex-wife, Courteney Cox, and Neve Campbell onscreen for “Scream 5“, but filming without Craven has been rough.

He shared his heartache in an interview with Britain’s The Independent, after he was reminded of a 1997 quote Craven had shared about the star, noting he was “definitely in pain” during the filming of the first four movies.

“When I’m around him, I feel this enormous sense of pain and longing for a simpler world – for love,” the director added at the time.

The 49-year-old grew emotional hearing the words of his old friend, who died in 2015, and said, “I’m sorry. I’ve been having a really hard time lately missing him.”

“That’s such a beautiful thing to say,” Arquette continued. “And, you know, I was tortured. My mother was dying around that time, so that was a really difficult and dark period.”

Arquette reprises his role as Dewey Riley in “Scream 5”, the first in the film series not directed by Craven, but the actor insists his presence was felt on set as he listened to the late legend’s favourite music in between scenes, and scrolled through his old Twitter account.

The fifth “Scream” film is being directed by Matt Bettinelli-Olpin and Tyler Gillett of the filmmaking group Radio Silence. 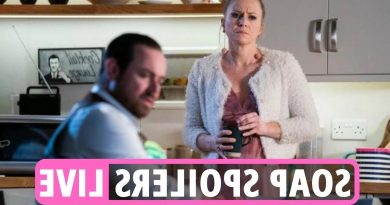 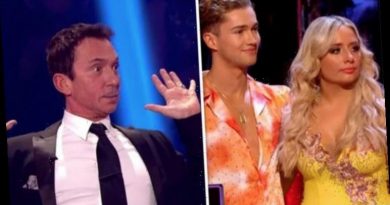