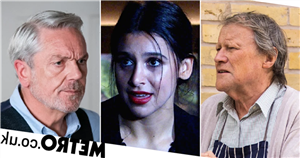 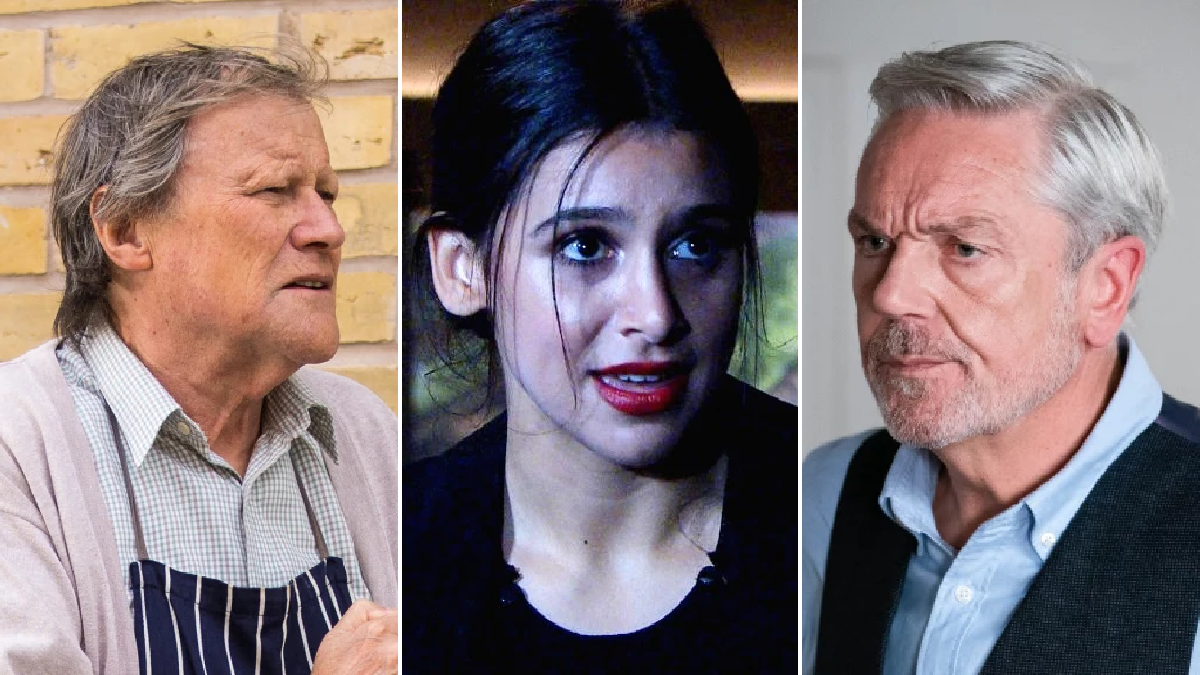 The soaps are packed with shocking moments aplenty this week, from wedding dramas to huge departures.

Roy Cropper makes a huge decision about his future on Coronation Street, while Rocky’s life is on the line in EastEnders, after he suffers what appears to be a heart attack.

Will he be found on time?

Martine Deveraux’s big day arrives in Hollyoaks, as she prepares to tie the knot to Felix Westwood, while Emmerdale’s scheming Meena Jutla sets out to protect her deepest, darkest secrets – with potentially deadly consequences.

If you’re desperate to find out all there is to know about next week’s soap showdowns and spectacles then you’ve come to the right place, as we’ve selected the top 10 must-see moments.

Roy is heartbroken to discover that the gun Abi used to try and kill Corey is the same one that was used in Natasha’s murder. DS Abney asks him some more questions, and yet again, he keeps shtum. But the cafe owner informs Abi that he’s had to lie, and later tells Nina that they must accept responsibility for their role in Natasha’s death. And with that, he signs over his flat and business to Nina with immediate effect, and puts the Woody up for sale. Nina is concerned that her uncle is planning to take his own life. Roy, however, reveals that he is leaving Weatherfield. For good.

Liv sabotages Ben’s chances of a job in Cornwall, leaving Aaron appalled. She subsequently relapses, taking a drink from a bottle of vodka. Aaron and Ben, meanwhile, plan their future and share a kiss, but there stunned to find out that Liv has started drinking again. Aaron declares he’s done with her.

Rocky’s life is on the line in EastEnders

Rocky faces court over keying Ethan’s car, and soon enough, he decides it’s high-time to leave Walford. Kathy unknowingly interrupts his exit, asking him to help her out at the restaurant. Rocky stopping by Walford East, but finds the place empty – it’s a surprise party for his 60th birthday! He’s touched, but fed up of lying, he writes a letter to Sonia and Kathy, explaining his crimes. But a tragic turn of events sees him grab at his chest in agony, and he ultimately collapses to the floor.

Martine and Felix’s wedding in Hollyoaks

Martine and Felix walk down the aisle, as the day of their wedding arrives. But with huge secrets set to be uncovered, what will transpire?

Stu attempts to look out for Kelly, but she wants to be on her own. She’s terrified and lonely, however, and refuses drugs when someone attempts to sell them to her. Stu, meanwhile, begs Nina to give Kelly a break – but she refuses. Later, he finds Kelly semi-conscious, realising that she’s been smoking spice. Kelly staggers off, and is confronted by some drunk kids who follow her, before circling her. Nina approaches, as the teens intimidate Kelly. Will she assist Kelly?

Meena left to die in Emmerdale showdown with Ben

Ben is fired up over being blamed for the survival challenge disaster, and thus he breaks into HOP to find some evidence, and he stumbles upon the body cam footage. He’s horrified, as he sees Meena attempting to drown Victoria! He calls Billy, urging him to come to the HOP, but little does he know Billy is with Meena, who overhears the mention of potentially incriminating evidence.

Ben hears a noise at HOP, and it turns out to be Liv, who’s smashed bottles, stealing booze from the Hide. Little do they know, however, they’re being watched by another intruder. Meena reveals herself to Ben, much to his shock. She lunges to grab he camera, but Ben makes off with it. Meena gives chase, but slips in the wine that was spilled earlier, ending up unconscious on the floor.

Janine plots to save Christmas in EastEnders

Janine devises a plan to put a smile on Mick’s face, as she sets out to win the sponsorship of the Christmas tree, much to the dismay of Peter. Team Queen Vic successfully outbid Peter at first, but Peter later gets the upper hand, and his arrogance infuriates Mick. As a result, he tells Janine to do her worst!

The team to destroy Fergus grows in size as the stakes heighten, and there is a warning from Warren, leaving Maxine having to make a deadly decision. Subsequent scenes will see a major fumble ensue, and Max faces prison time as a result. That is, until an unexpected ally comes to her rescue!

George gives his old telescope to Sam, leaving Sam smiling. He sets up said telescope, while Nick worries about the memory note he’s read, in which Sam revealed that he wished his last words to his mum were different. Later in the week, Sam sends Goerge a note, asking him to come over for some stargazing. George makes Sam giggle, leaving Nick feeling jealous.

Al and Chas become closer, and Marlon walks in on what appears to have been a particularly romantic moment between the two. He relays his discovery to Cain, who takes matters into his own hands, kidnapping Al to teach him a lesson! He intimidates Al in a barn, pretending to hold a gun to his chest. Will Chas be able to stop him before he goes too far 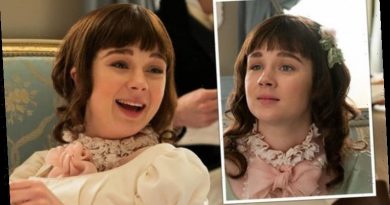 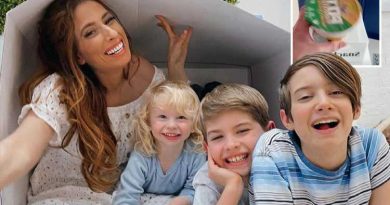 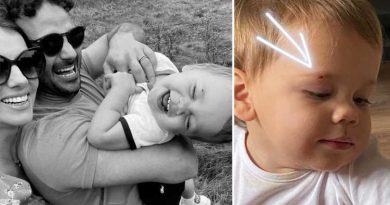