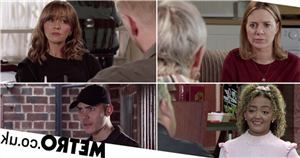 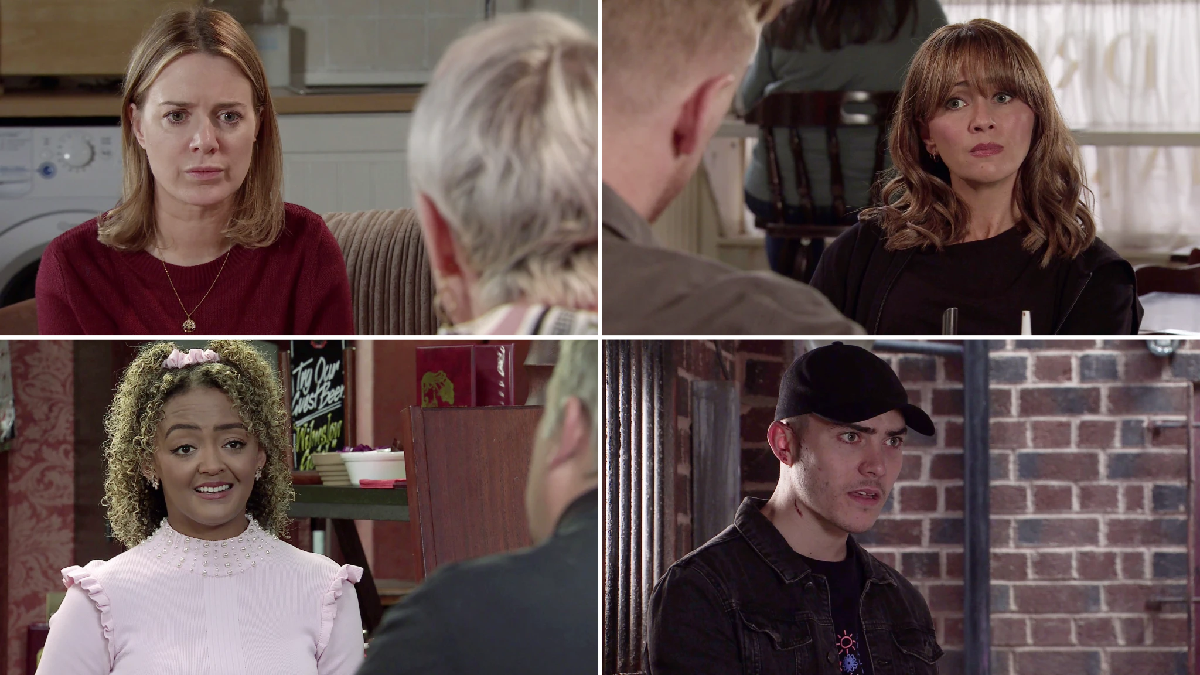 It’s a race against time for justice in Coronation Street as the police close in on Corey Brent (Maximus Evans) after new evidence is presented – but will he make a getaway?

Elsewhere, the wedding of Abi Franklin (Sally Carman) and Kevin Webster (Michael le Vell) arrives but will it go ahead?

With Corey taking centre stage, will Abi’s focus shift from marriage to revenge?

Nina tells Abi that they found Corey’s blood stained clothes and handed them into the police.

Abi leaves Jack with Debbie. Jack confides in Debbie that he’s worried Abi is out to kill Corey.

At the same time, Corey demands Stu hands over the contents of the backpack. Stu feigns ignorance.

Curtis confides in Emma that he’s sitting an exam tomorrow but he’s worried as his medication makes it harder to concentrate. Emma borrows books from Aggie to help him revise.

Ryan tells Alya about Zeedan’s argument with his father-in-law. In Speed Daal, Zeedan stuffs a bag of Hashim’s stolen cash in his rucksack as Craig approaches.

Craig reveals that Alya contacted him as she’s worried that Hashim is giving him grief. Ryan admits to Zeedan that he told Alya about the row with his father-in-law because he’s still in love with her.

When Gary reveals that the council plans to bulldoze the playing fields at the Red Rec to make way for a new road, Maria complains to Sally, who promises to find out what she can.

Abi returns home to be confronted by Debbie and Jack. Showing her the letter, Debbie demands an explanation.

Abi begs Debbie and Jack not to breathe a word to Kevin but Debbie gives Abi an ultimatum – walk away from Kevin and her wedding, or she’ll tell him all about the gun and the letter.

Emma shows Curtis the text books she borrowed from Aggie, he asserts that he’ll stick with his online diagrams and the books belong in the bin.

Sally warns Maria that she has studied the council’s plans for the new bypass and she’s on a hiding to nothing. Refusing to be beaten, Maria meets up with Chris, the reporter from the Gazette.

Emma confides in Steve that Curtis has gone missing, he’s got an exam today but he’s convinced he might not live long enough to graduate. Steve finds Curtis in Victoria Garden and gently persuades him not to give up and offers him a lift to his exam.

When Steve’s car fails to start, Curtis gets out and gives it a push, but as the car leaps into life, Curtis sinks to his knees, clutching his chest.

With the support of Ken, Daniel, Aggie, Roy and Mary, Maria organises a demonstration outside the council building. Phill arrives and reveals that he’s on the planning committee.

Zeedan reveals to Alya and Yasmeen that he’s rehired the food van and intends to make a proper go of it this time. Zeedan calls Hashim and assures him that he’s come up with a plan.

Kevin and Jack wait at the wedding venue.

Suddenly they’re interrupted by Nina, who reveals that she’s had a call from DS Swain, explaining that they’re reopening the case and going to arrest Corey.

In the hospital, Curtis plays down the seriousness of his situation and assures Emma that all he needs is rest and he’s free to go home. But back at the flat, Curtis has a shock proposal for Emma.

Craig arrives at the demonstration and orders the protesters to stand aside. When Chris from the Gazette arrives, Maria offers another exclusive. Having finished his meeting, Phill tells Maria he’d like to buy her a coffee and hear what she has to say.

Danny tries out his new menu ideas on Ronnie.

Corey and Stefan hide out in a rented house. Stefan reveals he has a plan and heads out to call Eli’s dad. Abi persuades Gary to help her track down Corey and Stefan.

Abi suggests they track down Eli’s dad, as Stefan may well have gone to him for help. Gary sets off for Stefan’s office in search of Christian, but will he find him in time?

Stefan orders Corey to pack his things as Christian is on his way with a van and some cash. Christian pulls up at the house in his van. Stefan and Corey climb in the back.

In the back of the van, Stefan explains to Corey his plan for them to leave the country where he can start a new life with a foreign club.

Corey’s pathetically grateful, but suddenly the van draws to a halt. Will Corey get away or is the game up?

Steve tells Emma that he and Tracy would like to use their personal savings to pay for Curtis to see a private consultant.

Curtis tells Emma that he’s overwhelmed by her family’s kindness and he’s decided to drop out of medical school so that he can spend every second with her.

Danny offers to help James with his rehab exercises. Danny arrives late for work and explains that James’s physio took longer than expected. Debbie warns him she’ll dock his wages.

Danny tells Ronnie about his job offer. Ronnie warns him that whatever he decides, he mustn’t hurt James, but what will he decide?

When Sally finds out from Aggie that Maria is running for council, Sally reckons Maria knows nothing about local politics.

When Sally announces that she too is going to stand in the local council elections, Maria realises she’s got a fight on her hands. In The Rovers, Fiz and Phill offer Maria their full support with her council campaign. 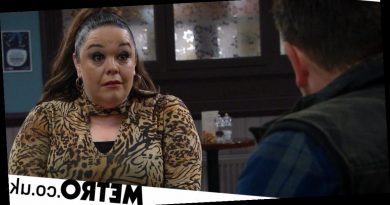 Spoilers: Mandy destroyed as Paul gambles away her future in Emmerdale? 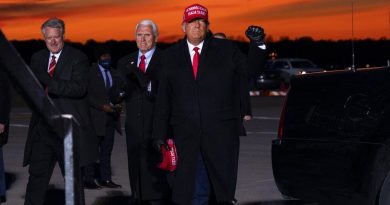 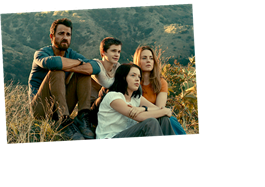