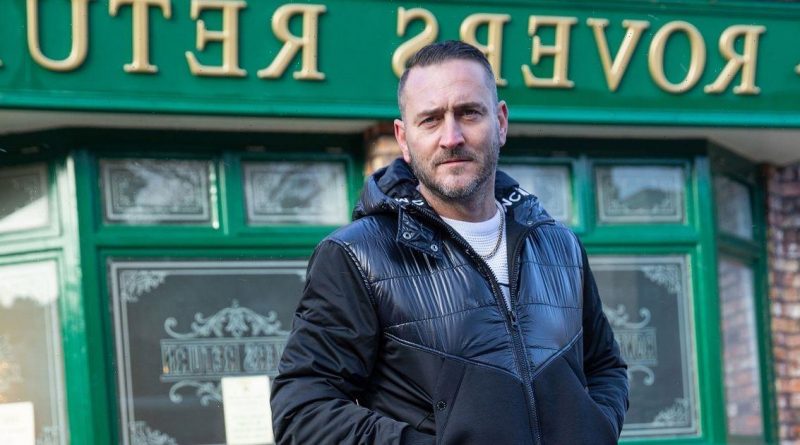 The criminal, played by Will Mellor, is determined to nail Leanne Battersby and Simon Barlow after being set up by them last month.

Teen Simon got himself mixed up in dealing and his grieving mum Leanne stepped in to try and protect her son.

To save themselves they plotted with police to capture Harvey but the thug has vowed to take revenge on them.

To get at the pair, Harvey has moved for Nick's son Sam as the explosive storyline comes to a head.

But viewers noticed a problem with Harvey as he gave orders to dodgy Sharon Bentley from the inside, reports the Manchester Evening News.

Harvey bellowed down the phone to Sharon, loudly sharing his criminal plans to kidnap young Sam – even though he was in earshot of the police.

Watching from home, viewers pointed out Harvey's scheme would immediately get detected by police, as he failed to keep his voice down.

"Harvey shouts so loud on his phone, they could hear him in Barlinnie prison #Corrie," tweeted one.

Another asked: "How can they not hear him on his phone… IN PRISON?!! #Corrie."

"The prison on #Corrie must have absolutely useless security for Harvey to spend all day on his phone and not get caught," a third commented.

A fourth added: "Why are no cell searches done in the prison where Harvey is? Can't believe he's got a mobile phone in his cell. That is a massive no no in prison. Plus he talks so loudly…how is it that no one hears him? #Corrie."

Another said: "Harvey forcing Sharon to get Sam involved in his mess. This will end horribly protect Sam at all costs. #Corrie."

In scenes aired on Wednesday night, he was back on the phone to his aunt dishing out his latest instructions as he aims to lure the family to danger.

Taking another call from Harvey, hiding by the Kabin, Sharon tried to explain why she wasn't able to contact Simon via his mate Aadi Alahan's gaming console.

He explained people are "moving in" on his patch and said he's not going to lose his business "cause I'm rotting away in this stinking hole".

Harvey then told Sharon to do what he told her to do in the first place and that's to go after Nick's son.

Coronation Street airs on Mondays, Wednesdays and Fridays at 7.30pm and 8.30pm on ITV. 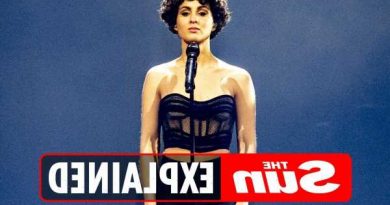 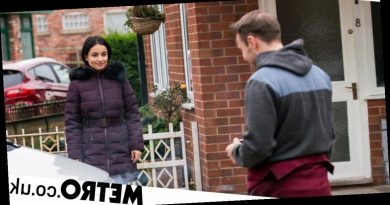 Spoilers: Affair shocker as Alina falls for Tyrone in Corrie?