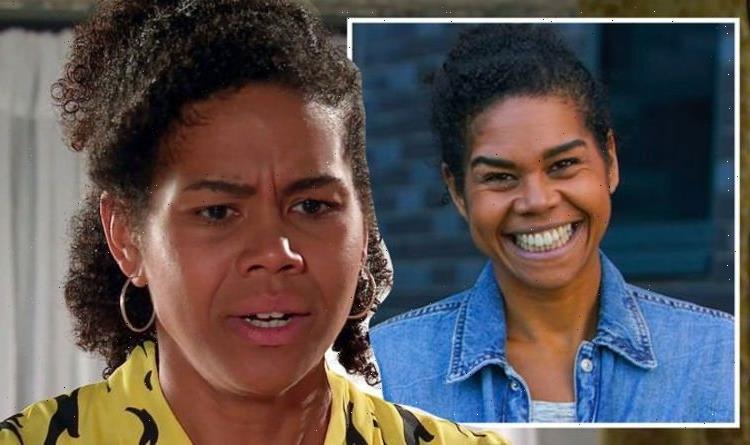 Kate’s character Grace has caused some trouble on Coronation Street over the last few months, using her daughter Glory as a bargaining chip to get what she wanted from Michael Bailey’s (played by Russell Ryan) parents, Aggie Bailey (Lorna Laidlaw) and Ed Bailey (Trevor Michael Georges). In Monday night’s double-bill of the ITV soap, the troubled character made her exit but was not killed off so there is the possibility she could make her return in the future. Here is everything you need to know about why the actress has quit the show after two years.

Why has Kate Spencer quit Coronation Street as Grace Vickers?

Grace’s exit from the show was kept tightly under wraps until transmission, with the character leaving during the second episode of the night.

It has not been officially revealed why Kate has left the show as Grace, with neither a spokesperson nor the actress explaining why ahead of her final appearance.

Due to how the storyline was panning out, it was most likely plot constraints were a big reason for why the troubled mother of one was written out of the show.

With Michael becoming a single father, writers will have wanted to explore how he would cope and whether he would realise his parents gave Grace money in exchange for Glory.

Ahead of the double-bill airing, it was claimed by unnamed sources Kate would be quitting the role in the lead up to Christmas.

The insider explained: “Grace and Michael’s relationship will come to an explosive head resulting in her leaving the street.

“Their relationship has been turbulent to say the least but it’s about to go up a notch once more in the Autumn. It’s going to be one of the major storylines on the show.

“The door has been left open for Grace to return to the street at a later date should producers decide they want her to return,” they told The Sun.

Again, it’s not been teased if Grace will make a comeback in the imminent future or if it will be years before viewers see her again.

It is likely she will be mentioned for some time, however, as the Baileys come together to try and give Glory the best childhood they can.

The door has been left open

After leaving Glory at home alone during last week’s episodes, Grace admitted she didn’t want to be a mother to her daughter.

She came to a deal with Aggie she would let the Baileys have the baby and leave the cobbles for good if she had some money to start a new life.

Speaking to Adam Barlow (Sam Robertson) about their agreement, the lawyer drew up the paperwork and it was up to Aggie and Ed to tell Grace the news.

The mother of one was left in tears as she said she would never try to get money from Michael’s parents again and they said she could say one final goodbye to her daughter before making her departure.

Unfortunately, consumed with emotion, the troubled character decided not to bid farewell to Glory and walked out of the Bailey household.

Not long after she had gone, Michael returned home and was shocked to discover Grace was leaving Weatherfield for good.

He managed to catch up with her before she made it to the tram stop but her mind was made up and it was not going to be changed.

Kate’s character admitted it was her decision to leave and Michael’s parents had nothing to do with her exit and leaving Glory in his hands.

The eldest son of the Baileys tried to convince his former lover to stay, telling her they could “sort it out” but she said she wanted a fresh start.

“This is the only way. You and your family will give Glory the best life and I’m a useless mother,” she told Michael.

Grace’s final demand was for her former lover to “forget” her and to get on with his life before she was seen walking towards the tram station.

With no fight left in his body, Michael let her walk away and returned home to look after his baby daughter as a single father.

Kate has previously spoken about her time on the show, with Grace having made her first appearance in November 2019 with a child who he tried to pass off as Michael’s.

The soap star said: “It’s been so much fun. Ryan [Russell] and the other actors are so welcoming and we all have a laugh.

“They’ve all been super supportive. Ryan is so good to work against.”

“When you’re working, the camera is not necessarily always on you, but Ryan always gives such a good performance to work against, even if it’s not on him,” Kate explained.

“That’s so helpful. The scenes are emotional and if the person you’re working with doesn’t give you anything, it’s quite hard.”

It seems viewers will be pleased to see the back of the character, a fan of the show Louise posted on Twitter: “Can we please get rid of Grace? Positively awful character #Corrie.”

Hutcherson added on the social media platform: “When is Grace leaving #Corrie? Awful, pointless character with not one redeeming quality.”

“Can the writers get rid of Grace please? Horrendous character #Corrie,” Michelle shared.

Coronation Street airs Mondays, Wednesdays and Fridays at 7:30pm and 8:30pm on ITV. 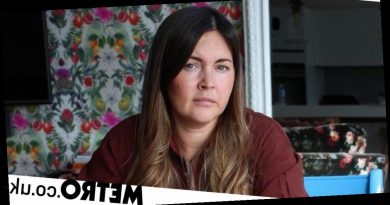 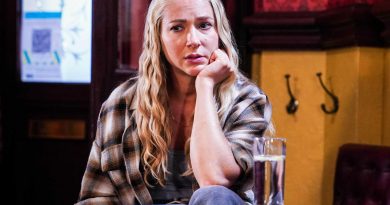 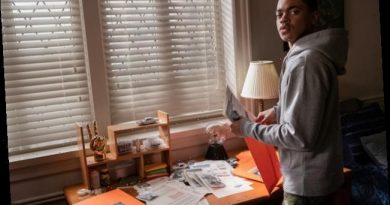