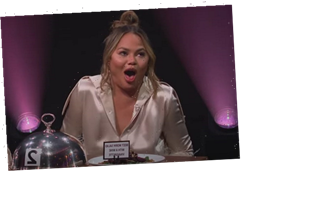 And James Corden eats an ant-covered corndog so he doesn’t have to rank Prince William, Prince Harry and Meghan Markle

All of Chrissy Teigen loved all of John Legend in a bathroom at the Democratic National Convention, Teigen revealed during a game of “Spill Your Guts or Fill Your Guts” on James Corden’s “Late Late Show” Thursday. And because the model and cookbook author told the story of the “strangest” place she and her husband have ever become intimate, she did not have to eat a bull penis, as per the rules of Corden’s twisted late-night show game.

“We had some fun days. They’re gonna hate this…” Teigen said, when Corden first posed the question to her, reminding her that she did not have to answer, but then she would have to eat whatever weird dish was underneath the domed platter in front of her. “No, I want to, because I need to clear it up. Because one time at the Grammys I had said, ‘We had sex at that Obama thing.’ And that came out wrong, because what I actually meant was, it was that Obama thing, but wasn’t like with them or near them… I believe it was at the DNC, actually.”

“And there was a bathroom, it was in the bathroom,” Teigen confirmed. “It was a while ago. I mean, I can fire these off if you want, I can say Ron Herman, Fred Segal, boom, boom, boom.”

“Yeah, right in front of the juice bar,” Chrissy added. “On a plane. Not even private, James! Public.”

But the social-media maven didn’t make it through the whole game without eating something disgusting, as she swallowed a bit of salmon, tuna and fisheye milkshake to avoid naming which of her own produces she thinks is “not worth buying.”

And Corden actually ate two nasty trays: the first was when he bit an ant-covered corndog rather than rank Queen Elizabeth II, Prince William, Prince Harry and Meghan Markle, and the second was when he tasted cow tongue Jell-o molds so he didn’t have to reveal how much he’s being paid to be a Weight Watchers spokesperson.

You can watch the full segment via the video above. 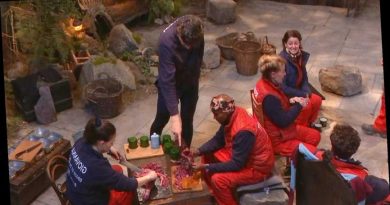 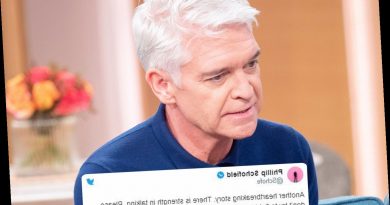 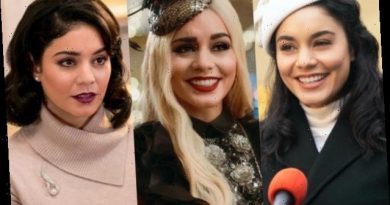