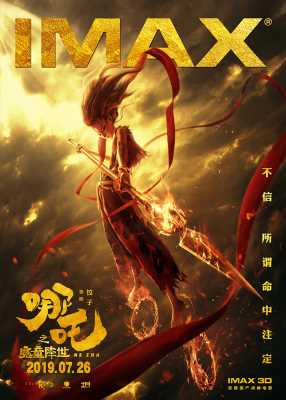 After what began as an upside-down summer for homegrown titles in China, the box office may be primed for a rebound. Last weekend, local movie Ne Zha set opening records for an animated title, and today passed Zootopia as the biggest toon ever in the market. Per local reporting, the Ne Zha gross through Friday is RMB 1.72B ($248M) versus the Disney film’s RMB 1.53B ($220M at current rates, $236M historically).

Ne Zha had previewed early, and its midweeks, after the debut-in-earnest this week, were very strong. Social scores have been through the roof, with a 9.7 on Maoyan. The ticketing platform is now predicting a lofty RMB 4.49B finish ($647M) which would see it exceed Avengers: Endgame‘s RMB 4.241B — though Moayan is known to shift its projections.

Directed and written by Yang Yu (aka Jiaozi), Ne Zha is China’s first 3D animated feature released in IMAX (and set records in the format last weekend). The fantasy from Enlight Coloroom Picture, Cocoa Bean Animation and October Culture Animation, is based on an ancient myth about the son of a deity who defies his fate to become a hero and defender of the innocent.

But Ne Zha isn’t the first title to score with local audiences who were deprived of such likely hits as The Eight Hundred, Better Days and The Last Wish over the past two months. Each of those movies was abruptly pulled from their summer release dates with censorship believed to be the culprit.

Instead, momentum has been slowly building with early July release The White Storm 2: Drug Lords now at about $188M and Deng Chao’s family drama Looking Up at $119M+. Combined, the China summer, even minus the typical July blackout, may swing in the Middle Kingdom’s favor (NB: we have heard inklings of ticket purchasing by those involved in certain films, but have not yet been able to confirm).

Meanwhile, previews began last Sunday for what is primed to be another big local hit of summer, The Bravest. Cited by some as this year’s Operation Red Sea, which was the No. 1 movie of 2018 at $576M, The Bravest has made RMB 295.8M through today, per Maoyan, but the forecast is lower than Ne Zha at RMB 935M.

The action rescue film released today, The Bravest was tied to Army Day, which celebrates the founding of the People’s Liberation Army, and has a 9.6 on Maoyan. Directed by Tony Chan and produced by Andrew Lau, this is the first film in Bona’s China Pride Trilogy. It sees a group of Chinese firefighters struggle to contain a huge fire after an oil pipeline explodes and is based on real events that took place in Dalian in 2010.

Another potential winner this summer could be Line Walker 2 on August 7 which is Chinese Valentine’s Day. The previous film in the Hong Kong action series did about $88M in 2016.

Could Chinese films ultimately take the majority of the summer share? It’s China, so who knows? Currently, Sony/Marvel’s Spider-Man: Far From Home is the highest-grossing Hollywood movie of the season, at RMB 1.41B ($205M) and has been granted an extended release. Disney’s The Lion King through Thursday is at RMB 812M ($118M).

Which way the balance swings could depend on Fast & Furious Presents: Hobbs & Shaw which debuts at the end of August. The Universal title began overseas and domestic rollout this week and appears to have dodged a bullet from the local competition by landing an August 23 date in China.

Meanwhile, on the TV side of things, Chinese censors are turning their heightened attention. As the Middle Kingdom gears up for the 70th anniversary of the founding of the People’s Republic on October 1, regulators have banned “overly entertaining” costume and so-called idol dramas, local media has reported.

Citing the Chinese-language Beijing News, the State-backed Global Times reports that China’s National Radio and Television Administration has curated a list of 86 classic patriotic TV series to air over the next three months. They focus on “the different stages of the Chinese nation’s struggle for a brighter future and sincere paeans toward the motherland, the people and heroes.”

One of the programs, Diplomatic Situation, focuses on China’s diplomatic achievements and struggles, from the birth of the People’s Republic to former leader Deng Xiaoping’s visit to the U.S., and negotiations between China and the UK on handing back Hong Kong to its motherland.

The NRTA directive comes amid a political crisis in Hong Kong with escalating protests that began over an extradition bill which would see suspects sent to mainland China. It also falls as U.S. President Donald Trump on Thursday threatened to impose tariffs on another $300B worth of Chinese imports. Chinese news outlets today have largely led with a response from the Middle Kingdom’s Ministry of Commerce which said the giant nation strongly opposes Trump’s plan “and will have to take necessary countermeasures to defend its interests.”

Up to now, the censors’ crackdowns have been largely focused on local content, with the exception of the Game of Thrones finale which did not air as scheduled in May. HBO said the culprit was the trade dispute. But China has rubber-stamped a wide number of Hollywood movies this summer; hedging perhaps against what they knew was tricky.

The PRC has, overall, been on a push to maintain a positive image at home and ensure that things run smoothly in the run-up to the October 1 anniversary. President Xi Jinping has talked in speeches about the problems of the external environment and the need to tighten ideological control domestically so that everyone is on the same page of core socialist values. As we’ve detailed before, that appears to include pulling war epic The Eight Hundred off of its July 5 release date, despite its commercial potential, because it was sending a political message that was not acceptable to key members of the Chinese military.

Back on the TV side, the new broadcast measures will mean that the NRTA must review series as soon as possible to make sure they are “consistent with the tone of the commemorations,” the Global Times said. The South China Morning Post reports that even cartoons could be in the line of fire. Citing state media, the SCMP says the Deputy Director of the Communist Party’s Propaganda Department and head of the NRTA, was quoted as telling a meeting with censors they must “stand on high political ground to vet every television episode, every documentary and every cartoon to make sure every word carries weight, every second [of the footage] carries a political message. They have to treat every day as a test.”

In September, China is expected to tighten up as the 70th anniversary of the founding of the Republic approaches on October 1. 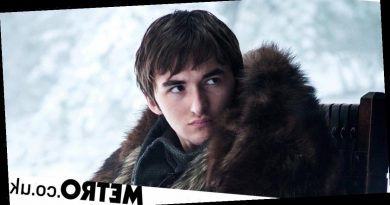 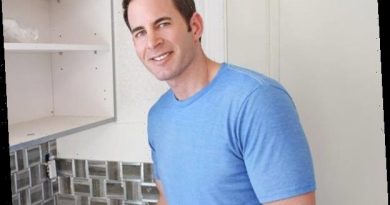