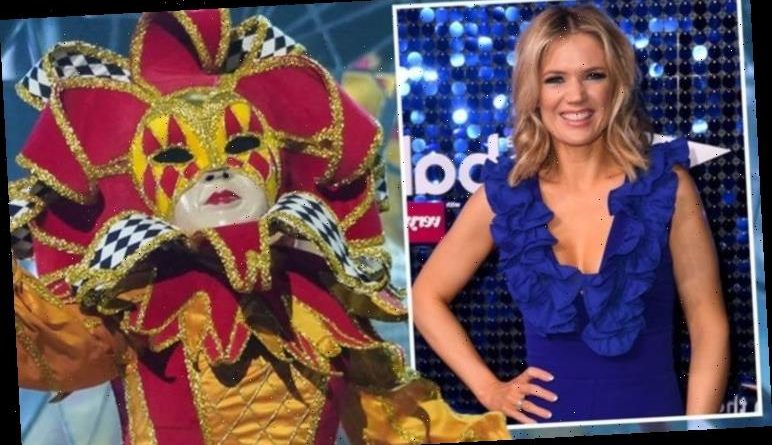 The Masked Singer has just two weeks left before another famous face will be crowned the winner. With only five stars left to unmask, fans are frantically trying to work out who the people behind the costumes could be. One character who many are still puzzled by is Harlequin, who has won the backing of the panel with her incredible vocals. However, could it be GMB newsreader Charlotte Hawkins hiding behind the disguise in a huge twist?

Only Dragon, Harlequin, Robin, Sausage and Badger remain in contention for this year’s crown.

And as speculation heightens over the identity of each character, someone else has weighed in on their possible involvement.

Charlotte Hawkins has spoken out on the rumours she could be behind Harlequin.

Her name has been thrown around on social media by fans as well as someone very special to her, her daughter Ella Rose. 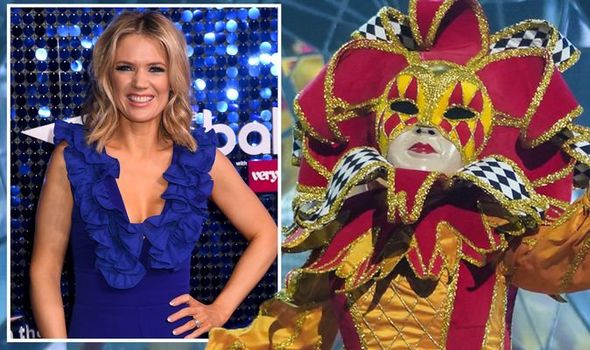 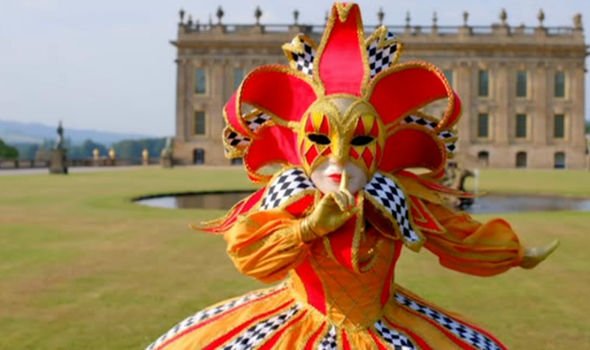 Speaking recently on the show’s backstage spin-off, The Masked Singer: Unmasked, Charlotte confessed how the youngster is convinced she is taking part.

The newsreader said: “I have been watching the Masked Singer with my five-year-old daughter. She is convinced that I am the Harlequin.

“She’s put the clues together, someone who gets up before the sun for work, someone who likes telling stories, whose words spread around the world.

“She looked at me when she heard that and she said, ‘Mummy!'” 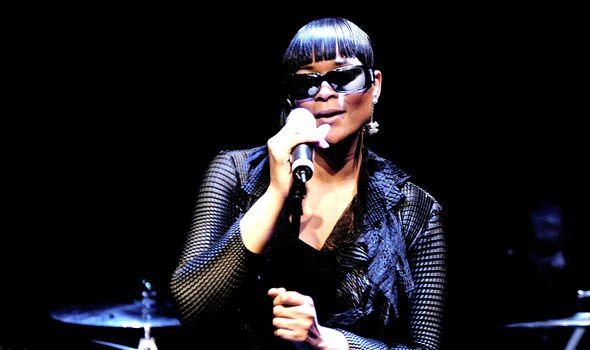 But Charlotte refused to give any confirmation as to whether she might be linked to Harlequin, commenting: “Is it me?”

However, several clues could fit in with the GMB newsreader.

For example, one teaser explained how Harlequin is “up before the sun for work”

This could be applicable to Charlotte, as the ITV breakfast show begins at 6am, with its presenters known for having incredibly early starts.

Another clue which fits with Charlotte is how Harlequin is often “telling stories” – but could it be the ITV favourite behind the mask?

She said: “They say it’s a man’s world. I don’t know about that.

“I did begin my career in a man’s suit, which is maybe not that surprising. After all, I’ve stood shoulder to shoulder with dignitaries.

“I’ve chatted to world leaders, but none of them were a patch on the prince I once met.”

Many people believe the word “patch” used in this clue was yet another hint Harlequin is hitmaker Gabrielle.

She is famous for often wearing an eye patch and in her latest teaser clip, she could be seen struggling to pick up a fan, linking to her hit song Out of Reach.

Gabrielle is currently the bookmakers favourite to be unveiled as Harlequin but which two stars will be the next to have to exit the competition?

The Masked Singer airs Saturdays at 7pm on ITV. 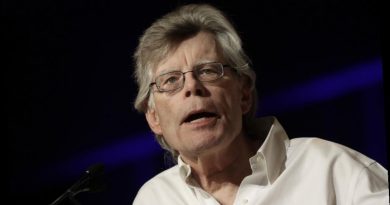 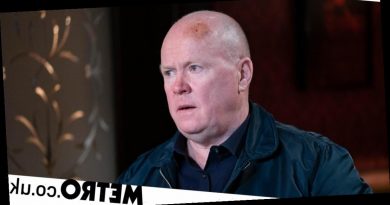 Spoilers: Phil gets the Vic in EastEnders as the future is revealed? 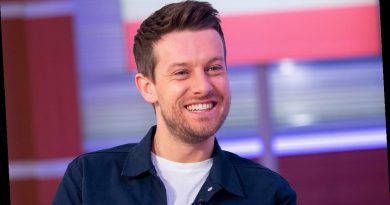