Belgian director Joachim Lafosse wakes up the Cannes Film Festival competition with The Restless (Les Intranquilles), a story about a man who can’t sleep.

Damien (an excellent Damien Bonnard) is bipolar, and prone to manic episodes. During these, he goes without rest for days on end, rushing around trying to fix and do everything. He lives in a comfortable country home with his young son Amine (Gabriel Merz Chammah) and his caring wife Leïla (Leïla Bekhti), who makes furniture in a workshop on the premises. Damien has his own workshop: he is a successful painter, a job that seems to suit his temperament. But when he goes into what we learn is yet another manic episode, and refuses to take his medication, Leïla is at the end of her tether.

It’s a quietly engaging portrait of a loving couple in a conflict neither of them wants to be in. They clearly enjoy a deep connection, but when Damien is in manic mode, he struggles to see that Leïla is merely trying to help him when she suggests medication or — worse — a hospital visit. The performances, direction and script help the audience to see both sides of the story; credit to the director and his team of co-writers for their sympathetic approach to their characters.

While the couple does discuss Damien’s condition, the effects of it are mostly shown. There’s a startling, uncomfortable scene when a sweaty, wired Damien drops Amine off at school, despite Leïla’s attempts to prevent him. Dashing into a shop and buying a basket of cupcakes, he runs into the classroom and declares that he’s taking the entire class on a picnic. Here, the sympathy turns to Damien’s son, quietly mortified but also concerned about the father he loves. It’s clear this isn’t the first time he’s witnessed this kind of behavior, which makes it all the more poignant. It’s no surprise to learn that the director had a bioplar father himself.

Lafosse was lauded for his 2012 Un Certain Regard film, Our Children. His first competition entry is a strong one, and it also touches on the pandemic. Set in a post-lockdown world not unlike our current one, it sees many characters wearing masks as a matter of routine. When Damien dashes into the shop, he and his wife are rebuked for not wearing masks. He utters a throwaway but telling line that suggests he’s a Covid denier, a conspiracy theorist. All this colors his character in a very current way.

The Restless doesn’t maintain this level of energy or interest throughout, but it’s a class act that explores the challenges of accepting and living with a condition — and it does so with a glimmer of hope for humanity and relationships. 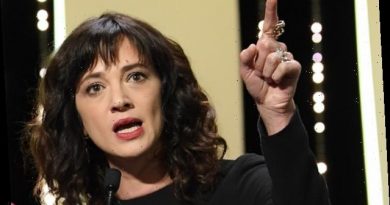 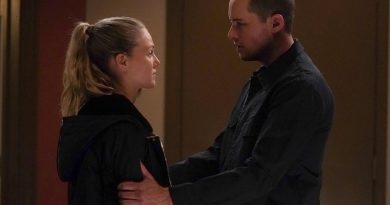