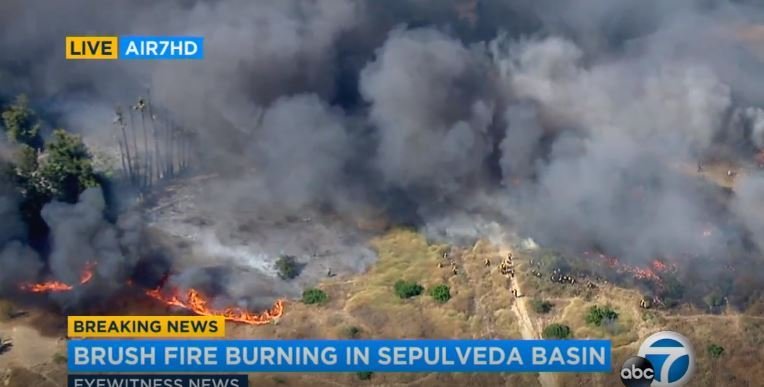 A brush fire in the center of Los Angeles’ San Fernando Valley consumed about five acres near a homeless encampment Tuesday afternoon and had local news stations watching closely amid the hot weather and breezy conditions as another fire season in Southern California looms.

The Los Angeles Fire Department responded around 3:30 PM local time to the blaze. It said just after 5 PM that the fire’s forward progress had been stopped and “the blaze is largely contained.”

LAFD temporarily closed the Metro Orange Line busway in both directions between White Oak Avenue and Woodley Avenue for safety.

The fire, originally reported as a grass fire before begin upgraded, began in a largely vacant area that contained mostly chaparral as well as what appeared to be several homeless encampments. The LAFD said there were several propane gas tanks at the homeless site that exploded during the fire, forcing some firefighters to retreat briefly. The cause of the fire is still under investigation.

Dark smoke could be seen this afternoon billowing from the site to drivers on the nearby 405 freeway, a major thoroughfare joining the valley and Los Angeles proper. In December 2017, the Skirball Fire less than 10 miles south on the same freeway burned 422 acres and resulted in widespread evacuations. 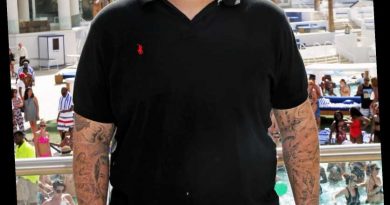 Rob Kardashian Is ‘Working on His Health’ as He Turns 34: He ‘Seems Happy,’ Says Source 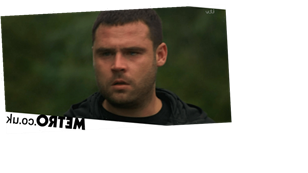 Spoilers: Devastated Aaron plots to break Robert out of prison in Emmerdale