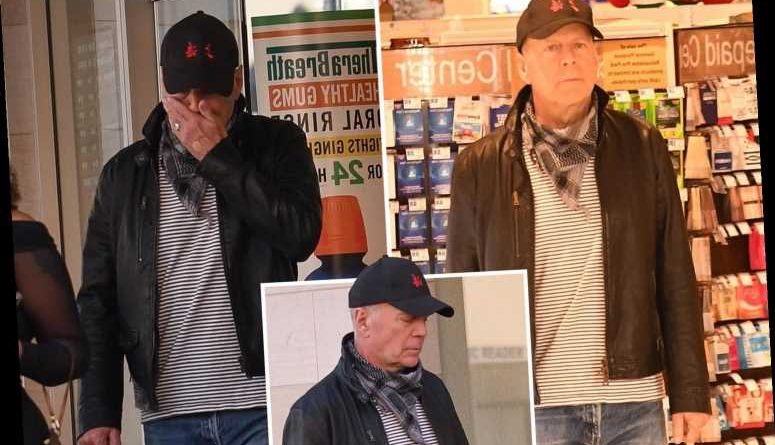 ACTOR Bruce Willis was kicked out of an LA store for refusing to wear a mask with the action hero storming out without making his purchase.

The star, 65, upset other shoppers when he refused to wear a mask while shopping in a Los Angeles Rite Aid. 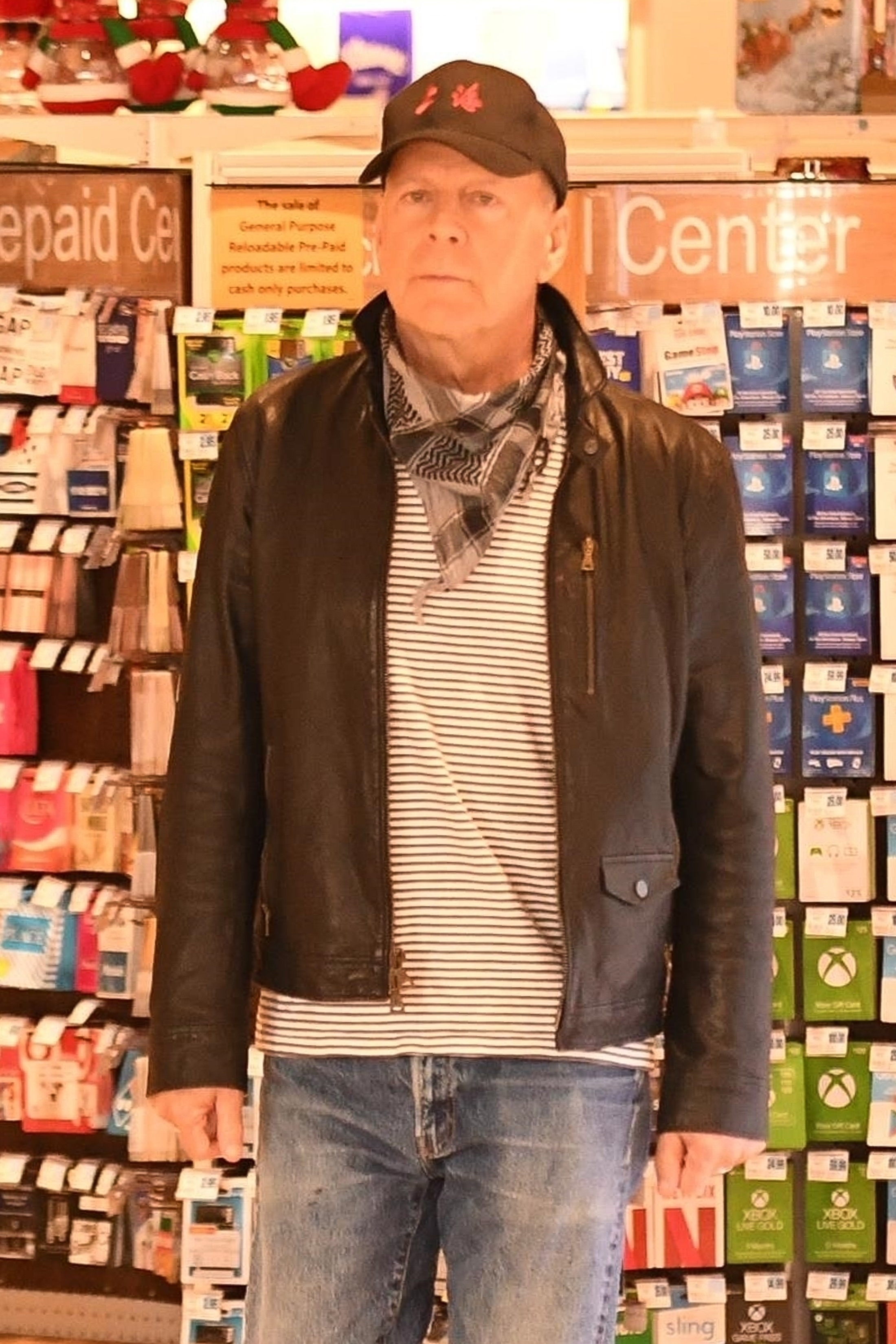 Wearing a blue and white stripe t-shirt, dark leather jacket, baseball cap and jeans, Bruce was spotted perusing the aisles in the store.

However, his lack of mask reportedly caused trouble when he refused to pull up his bandanna, which was tied around his neck, to cover his nose and mouth.

A spy in the store told Page Six that the dad of five, who was snapped not wearing a mask, walked away without making his purchase in protest.

The source revealed that people inside the store became upset that the Die Hard star wasn’t wearing a mask – despite wearing a neckerchief. 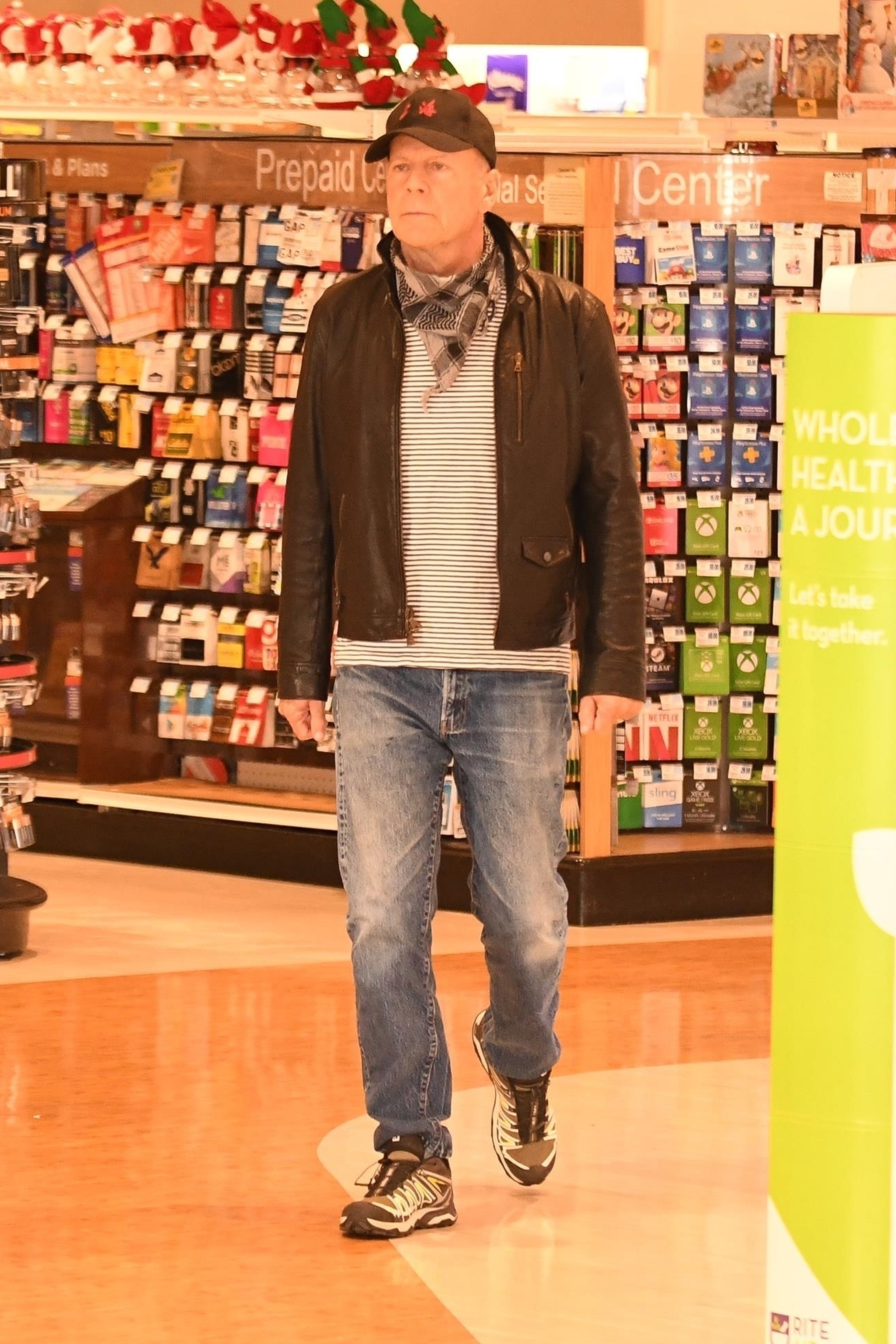 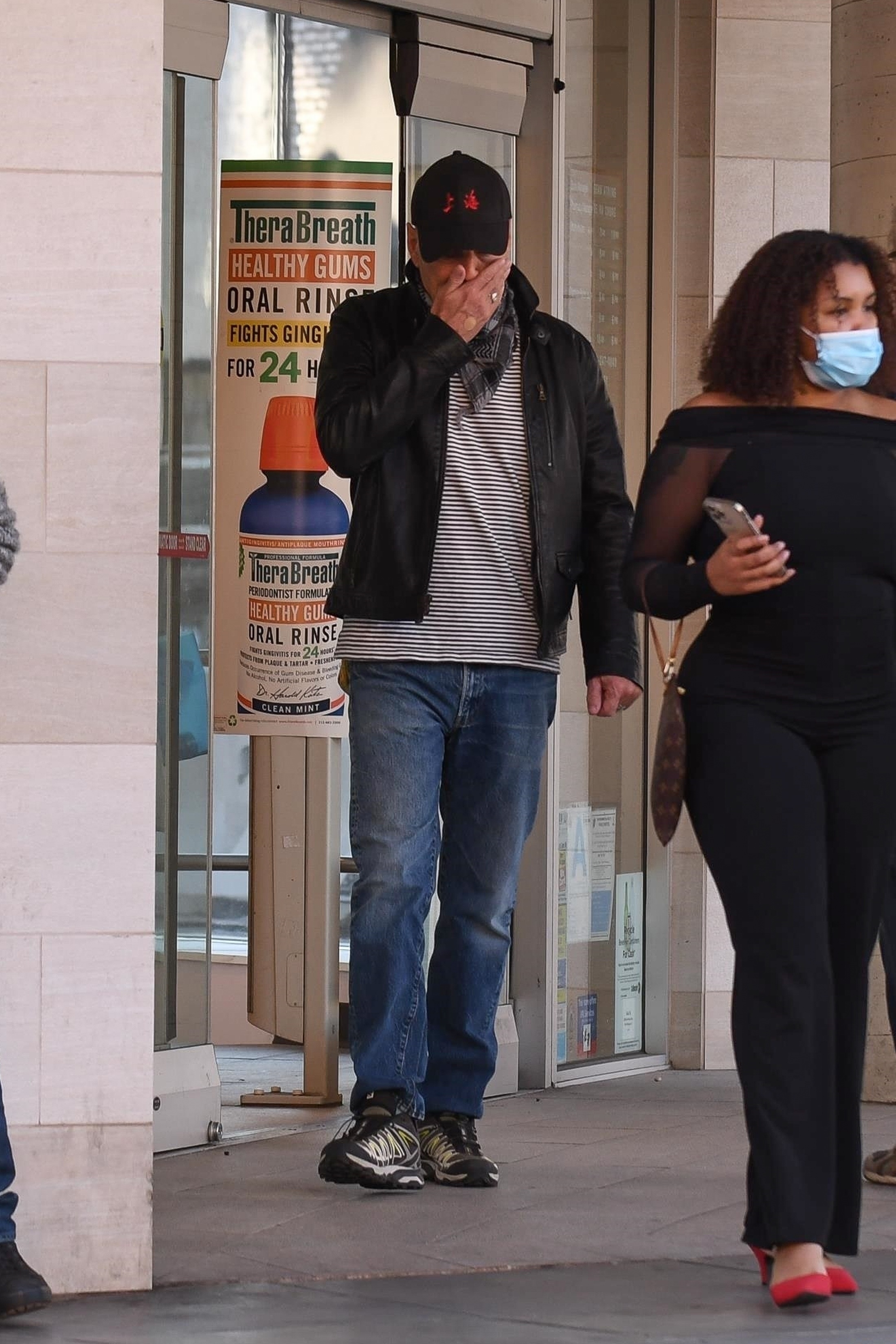 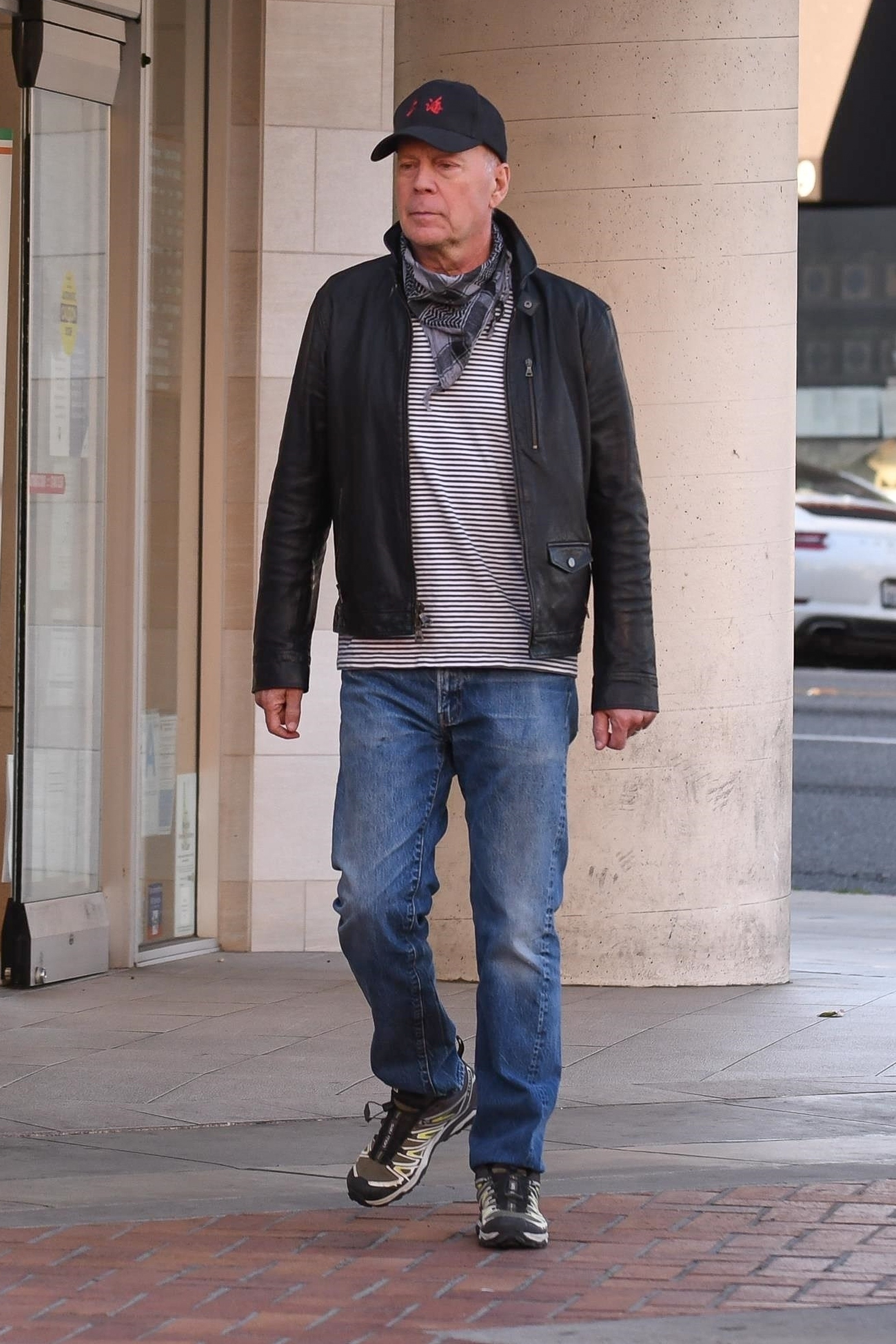 California, where Bruce lives with his wife Emma Hemming, 42, and their two daughters – Mabel, 8, and Evelyn, 6 –has the third highest death toll from Covid-19 in the country.

Los Angeles in particular has seen 933k recorded cases of the killer virus and suffered 12,387 deaths so far. 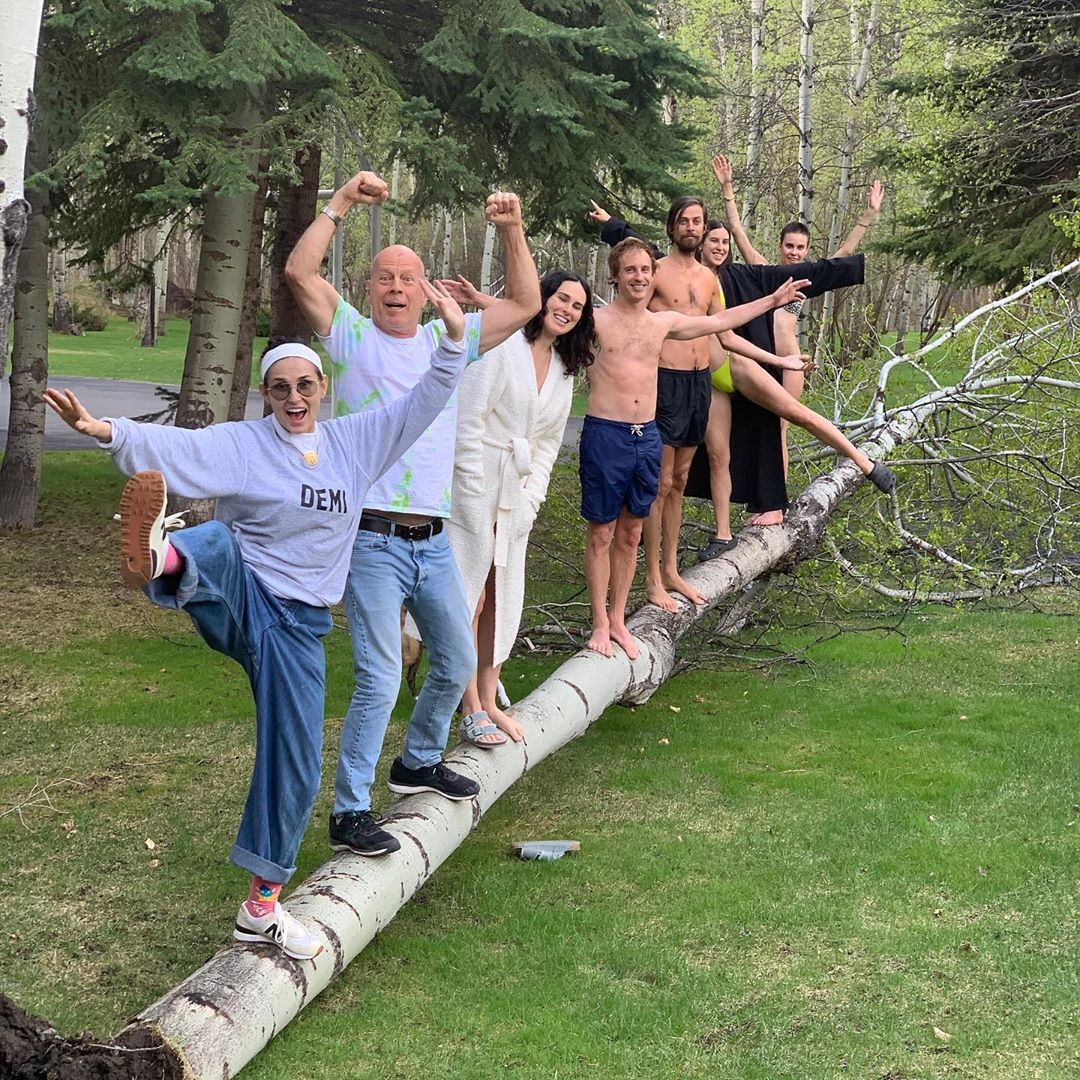 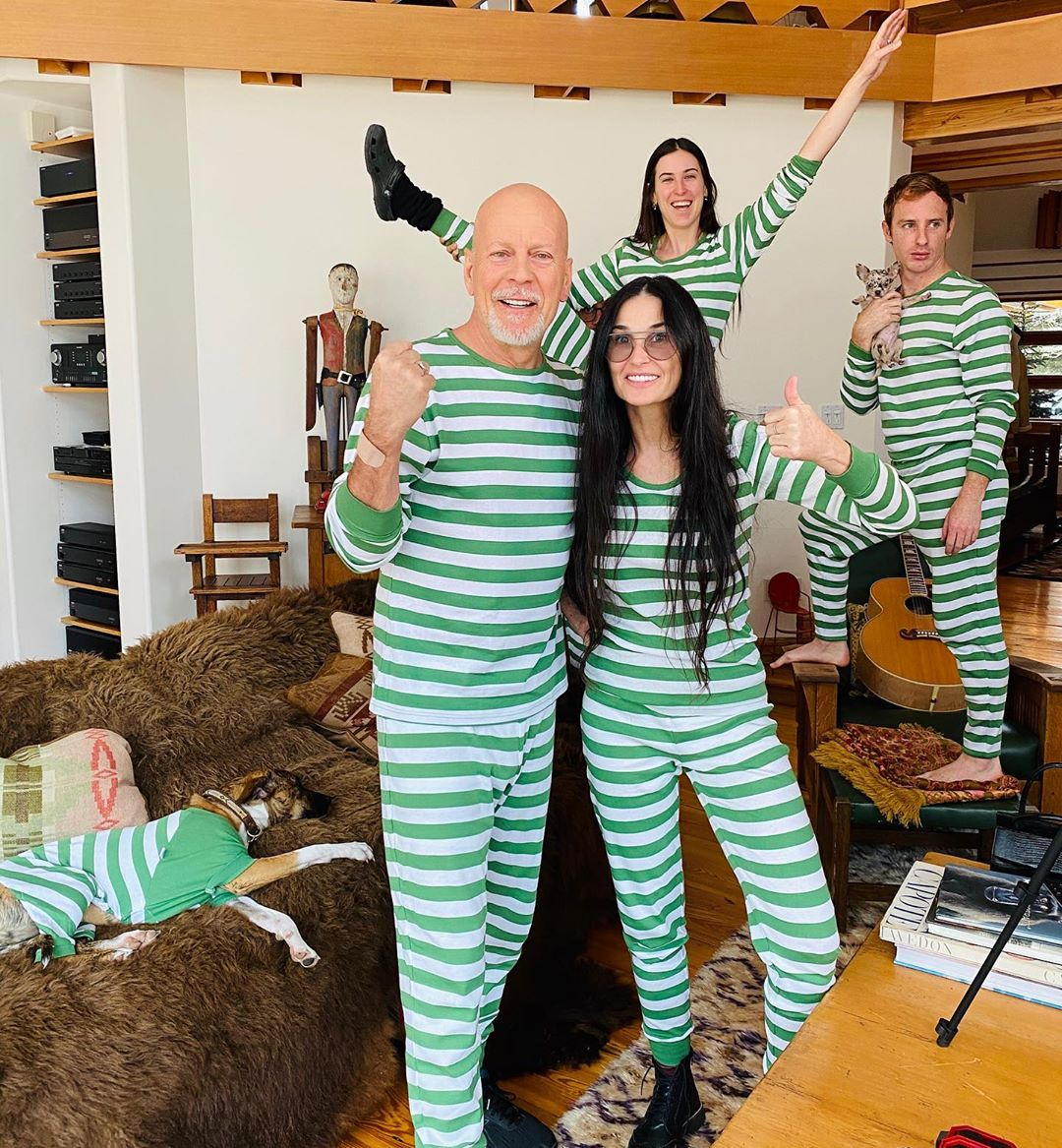 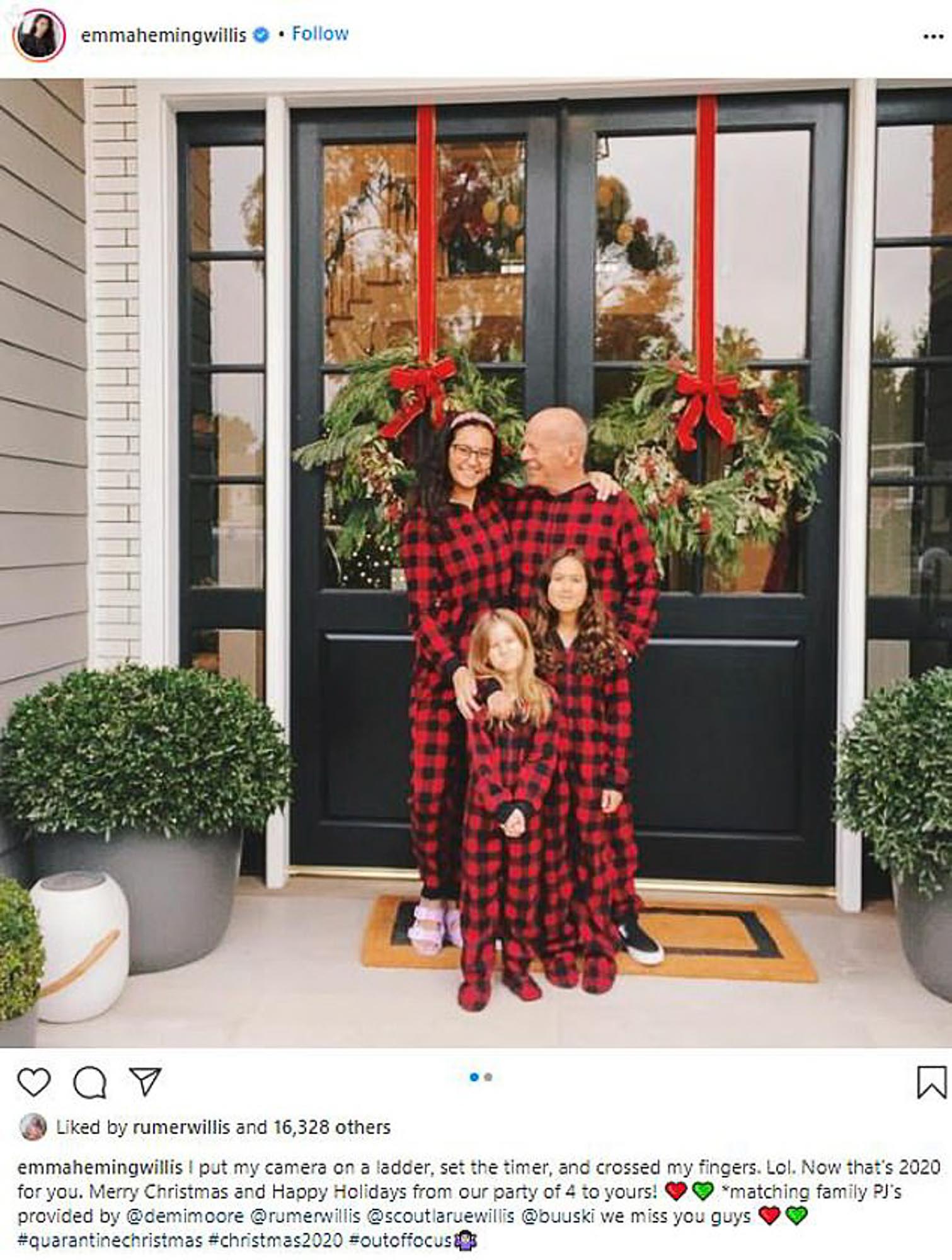 Bruce shares his three oldest daughters with ex wife Demi Moore – and surprised fans by spending the first lockdown with them – not his new wife.

Explaining how the odd situation came about, Scout told a podcast: "It’s been so funny because to me they’re just like my super f***ing weird parents but to everyone else, they’re at this different level.

“It’s actually been really cool. My stepmum was supposed to come up here with my little sisters but my younger sister, who is now about to be 6 years old, at a park, had never gotten the talk about not f***ing with hypodermic needles that she found, so she actually tried to poke her shoe with it and poked her foot.” 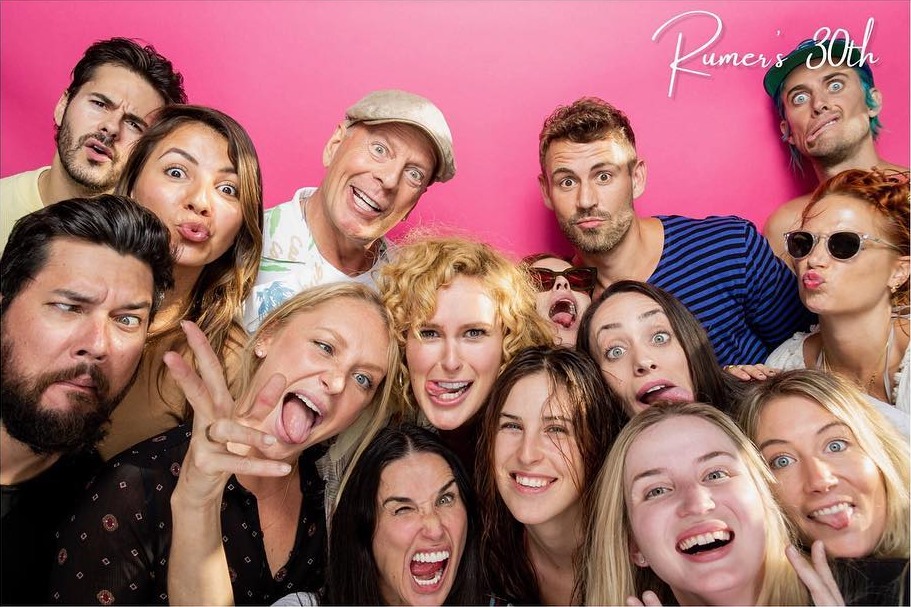 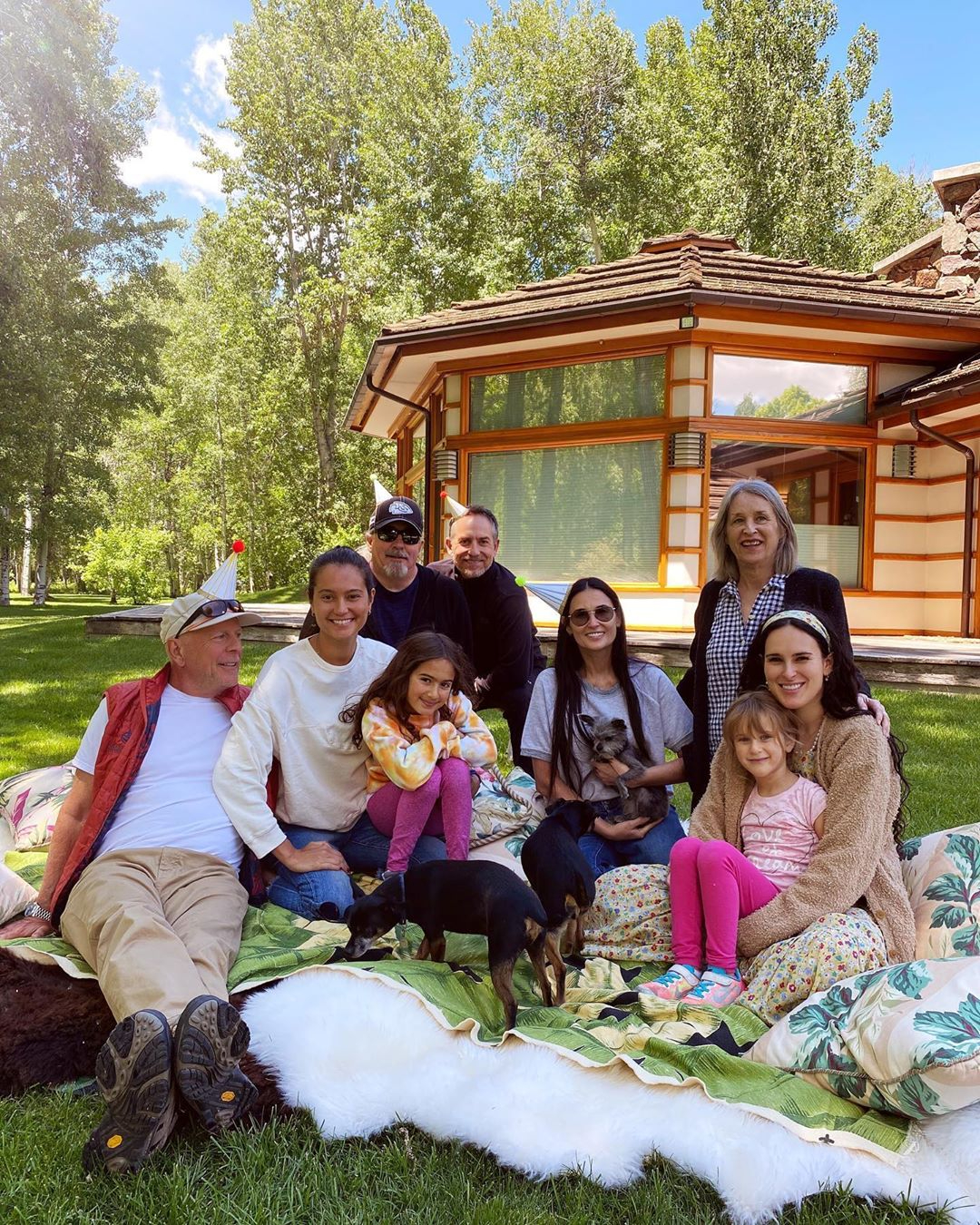 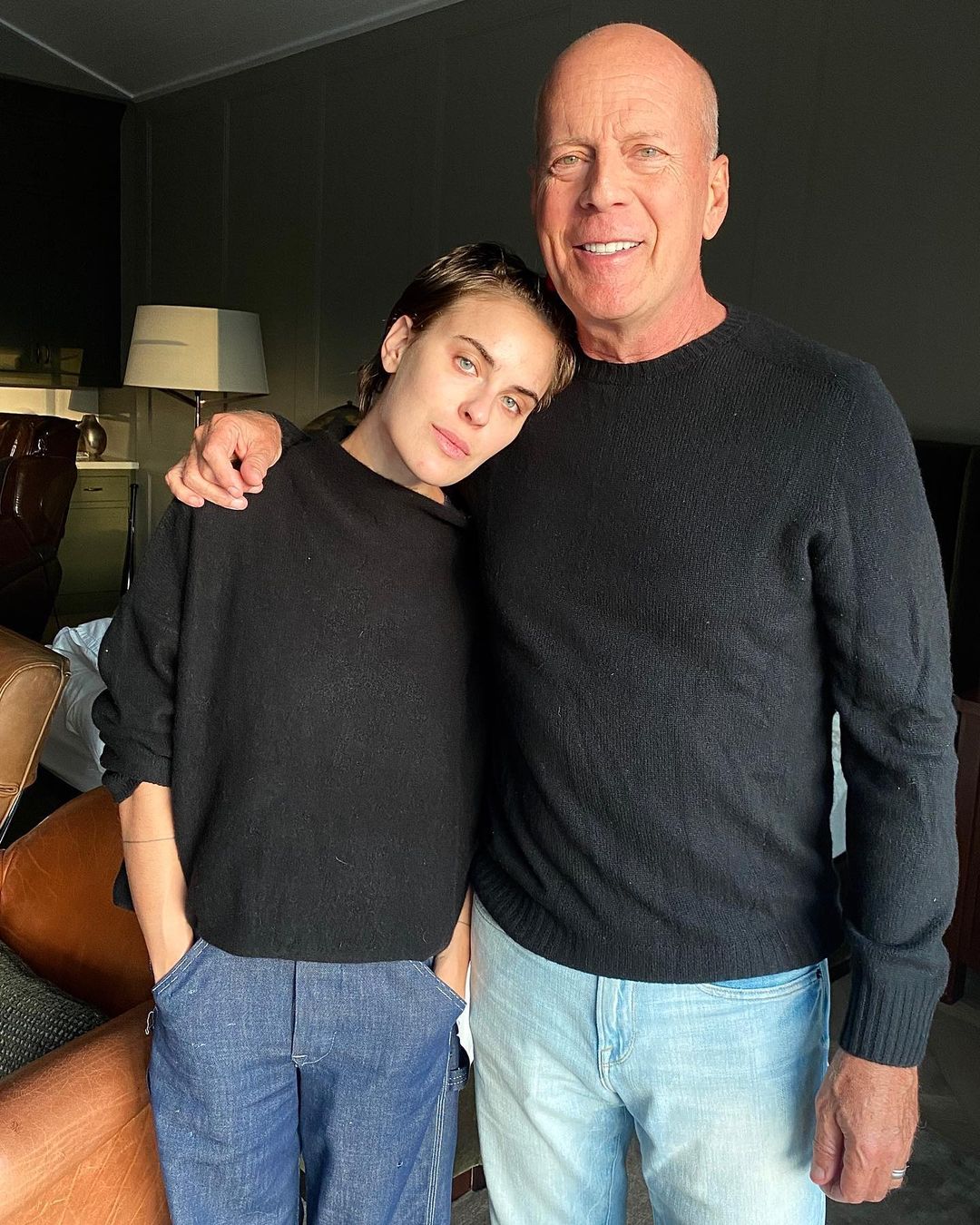 “So my stepmum had to be in LA waiting to get the results from taking her to the doctor so my dad came up here and then travel got crazy so my stepmum stayed in LA with my little sisters,” she said.

Bruce reunited with his young family a month later in May when they came up to the Idaho property Demi was living in – and the whole clan celebrated Evelyn's sixth birthday together.

Model Emma, 42, shared a cute photo revealing the family were reunited for Christmas.

Posting a snap to Instagram, she wrote in the caption: "I put my camera on a ladder, set the timer, and crossed my fingers. Lol. Now that’s 2020 for you. Merry Christmas and Happy Holidays from our party of 4 to yours!"

She added that the matching pajamas had been sent by her stepdaughters Rumer, 31, Scout, 28, and Tallulah, 26. 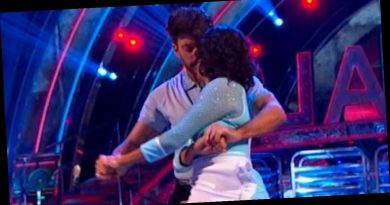 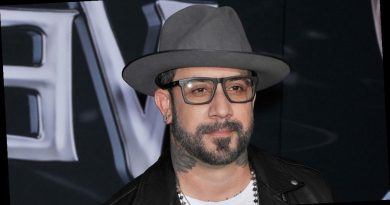 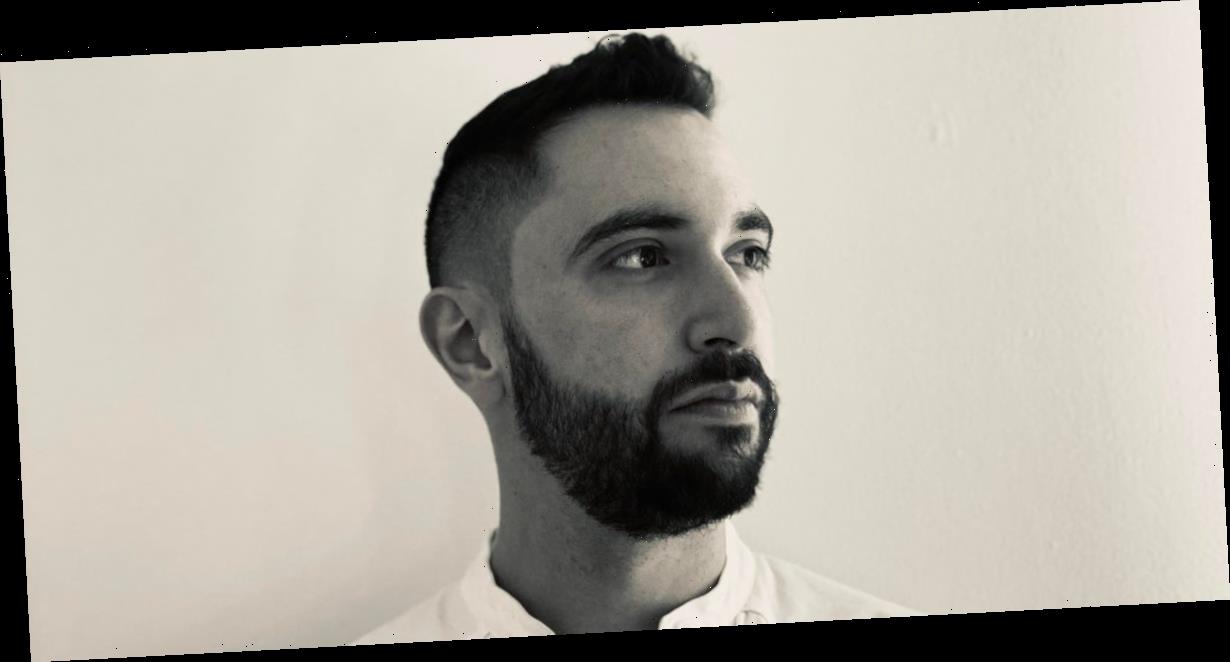