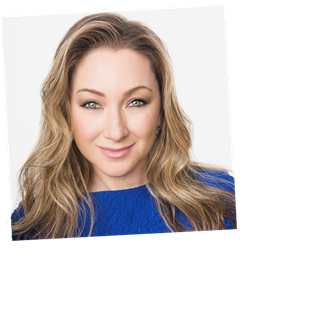 EXCLUSIVE: Deadline has learned that Blair Rich will leave her post at year’s end as Warner Bros Pictures Group President, Worldwide Marketing, and Warner Bros Home Entertainment. Rich is a highly respected exec in the marketing space with strong filmmaker relationships. She has held the top marketing title since January, 2018 but has spent her entire 23 year career at Warner Bros. I understand the exit is not acrimonious. She wanted a change, and it seemed a proper time as many of the execs she grew up with there have moved on. She is telling her staff as you are reading this.

I confirmed with Warner Bros and Deadline was given the following statements:

“It’s been my greatest honor to spend the first chapter of my career at Warner Bros., but after 23 years it’s time for something new,” said Rich. “I am grateful to have worked with so many brilliant executives and treasure the astonishing filmmakers and artists who fueled this job with passion in the pursuit of connecting the global audience to their remarkable spectacles and stories. More than anything, leading the most talented marketing team in the business has been the greatest privilege, and I know there is no limit to what they will continue to achieve in the future.”

Said Toby Emmerich, Chairman, Warner Bros. Pictures Group: “Blair has had an amazing run during her tenure at Warner Bros. creating and executing a multitude of unique, compelling and award-winning campaigns. She is a thoughtful leader who is well respected by her staff, peers and filmmakers. Blair has built a great team, and set a standard of excellence which will continue as her legacy here. We understand and are supportive of her desire to expand her horizons and wish her the best in what will undoubtedly be an exciting next phase.”

Rich came out of the gate after getting the top job with imaginative campaigns for Warner Bros hits including the Best Picture nominee A Star Is Born, and Crazy Rich Asians. She oversaw campaigns for other successes that included Joker, It, Inception, The Dark Knight Trilogy, and The Harry Potter franchise, to name just a few.

Deadline got an internal memo Rich wrote to her colleagues:

MEMO TO STAFF FROM BLAIR:

Twenty-three years ago, I walked into the Glass Building at the age of 22 as a Marketing Trainee in International Theatrical Marketing. Of course, I already thought I possessed quite a bit of experience having interned at age 18 in Jeff Goldstein’s Western Distribution branch, followed by several stints in London’s European Marketing office. I was ready to take on the world! I remember sitting in my cubicle making my own stationery that simply said “Marketing” as my title out of fear that no one would take me seriously if the “Trainee” label was there.

The rest is history.

Over 450 campaigns later, a few things stand out:

I’ve been surrounded and supported by the best executives in the business, and I am deeply appreciative of their leadership, partnership, and collaboration.

I can’t believe how fortunate I’ve been to work with so many of the most astonishing and brilliant artists of our day. My passion for filmmakers and their artistry is boundless. I have always been in awe of the responsibility they bestowed upon me to translate their vision, years in the making, to the audience. The leap of faith and trust that requires is humbling and will never be lost on me. They have shaped my worldview, taught me to take bold, audacious risks, and encouraged me to be fearless in my belief of the power of story.

I am proudest of having led the most dynamic, talented marketing team in the business. Together, we pushed limits, shattered records, and dreamed a little bigger. You are all exceptional and I will always be your biggest fan, your loudest cheerleader, and a true believer in what you can achieve. As the business evolves, be steadfast in knowing that you have an unbridled capacity for transcendent creativity, for crafting unparalleled strategy and innovation, and for creating cultural moments that make the world stop and take notice. Your ability to connect to the audience is limitless.

On a more personal note, I absolutely love all of you, and I’m so grateful for your trust on this journey. You are extraordinary, and my belief in you all is unending.

It’s been the greatest odyssey, and I can’t wait for the next adventure.

With Love and Gratitude,
Blair

This follows news earlier this week that two senior execs in the department, WW Co-President JP Richards, and Animation and Family EVP Jim Gallagher will leave in February, in an ongoing WarnerMedia restructuring.

Rich is the daughter of the late TV mogul Lee Rich, who ran Lorimar Television and later MGM/UA, and won an Emmy for producing The Waltons. 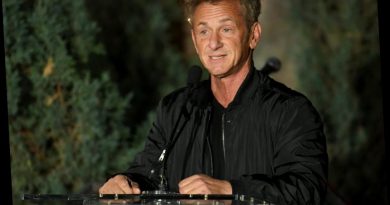 'Fast Times at Ridgemont High': How Sean Penn Bullied His Way Into the Role of Jeff Spicoli 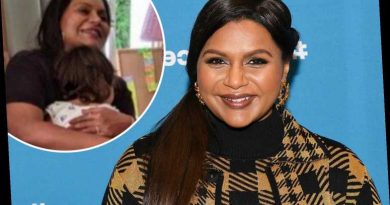 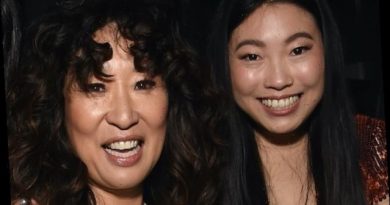