Considering that Black Widow met her demise in Avengers: Endgame, we’ve assumed that her forthcoming standalone movie from Marvel Studios would be a prequel. However, many have assumed the film would take place further in the past, and rumors have pegged the film as taking place sometime in the 1990s. But a new set photo from an action sequence recently being shot appears to indicate that at least part of the Black Widow movie will be set in the modern part of the Marvel Cinematic Universe.

We won’t post the recently surfaced set photo here, but the image was brought to our attention over at Reddit. In the photo, Natasha Romanoff (either Scarlett Johansson or one of her stunt doubles) is seen driving a 2017 BMW SUV. That means there’s at least part of the movie that doesn’t take place back in the 1990s. But does the year of the car’s manufacturing tell us anything else?

Well, we know the movie can’t take place before 2016, which is when the 2017 model of that particular BMW SUV would have first been available. That means part of the story could take place leading up to Avengers: Infinity War, perhaps after the events of Captain America: Civil War. Some have theorized that the movie could also take place in the five year gap revealed in Avengers: Endgame. But if you look at Natasha’s hair in set photos, there’s no blonde to be found in it, so that’s less likely.

It should be noted that even though it appears that the Black Widow movie will unfold partly in the more recent history of the Marvel Cinematic Universe, that doesn’t preclude the idea of flashbacks to the 1990s. Perhaps there’s something in Natasha’s past that will catch up with her, and the flashbacks will help fill in the gaps and flesh out the character even more. After all, a good part of Natasha’s past is still unknown. Even Natasha herself didn’t know the name of her father, and she only learned it when Red Skull addressed her by using his name on Vormir in Avengers: Endgame.

For Kevin Feige’s part, he won’t even fully acknowledge that there’s a Black Widow movie filming because Spider-Man: Far From Home isn’t in theaters just yet. Once the movie has been out for awhile, we’re supposed to find out what Marvel Studios has planned yet. That might not happen until San Diego Comic-Con later this month, but we’ll be there to find out whatever Kevin Feige is willing to tell us, so stay tuned. 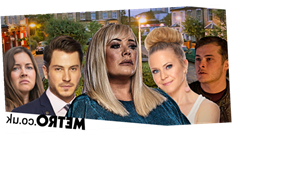 5 storylines EastEnders could show when it returns – Gray dies and Covid crisis? 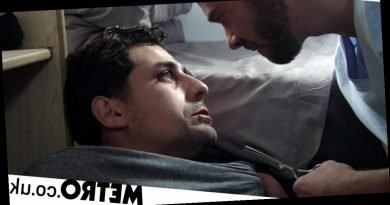 Who is Josh Tucker in Coronation Street and what did he do to David? 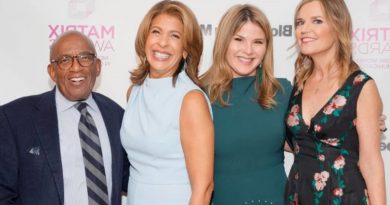