Home » TV & Movies » 'Biggie: I Got a Story to Tell' Avoids the Trap of Mythology 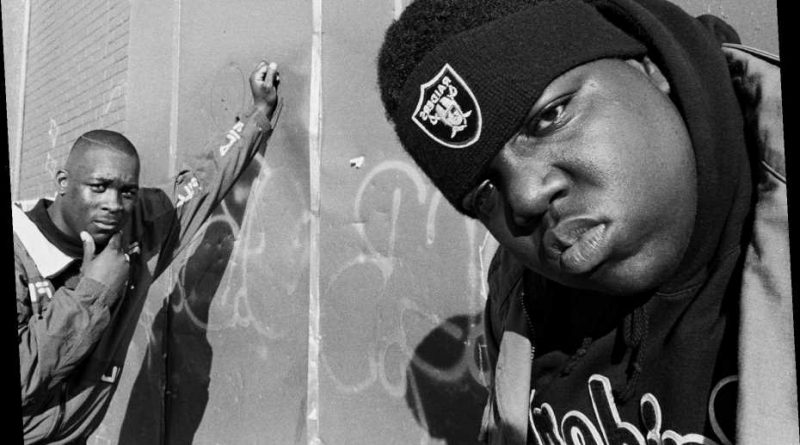 One wonders what Notorious B.I.G would have thought about smartphones. The late New York MC, who is the subject of a new Netflix documentary titled Biggie: I Got a Story to Tell, was an eager evangelist of the humble camcorder. Early on in the documentary, his longtime friend Damion “D-Roc” Butler explains how Biggie instructed him to capture the audiences at their concerts. The resulting footage is electric — a preserved vision of a hip-hop golden era, shown from the vantage point of one of its most culturally influential stars. By now, grainy archival footage is a hallmark of the growing genre of music documentary, but here it serves a more imperative function. Biggie’s story is one that’s been told, retold, and repackaged as a part of our cultural imagination, a straight line from “Big Poppa” to beefing with Tupac to his eventual murder in 1997. The flattened narrative of East Coast versus West Coast rap has served, mostly, to obscure the man Biggie was. Throughout Biggie: I Got a Story to Tell, Butler’s trusty camcorder offers a much-needed corrective.

Directed by Emmett Malloy, whose past credits include a White Stripes documentary and numerous music videos, this film is not likely to illuminate any truly new information about the career of the rapper born Christopher Wallace. Many of the sentiments shared in Biggie have been hashed out in various TV specials and movies, and the talking heads are familiar to anyone versed in Nineties hip-hop: We see Sean “Diddy” Combs delivering somber remembrances of his close friend, as well as Biggie’s mother, Voletta Wallace, describing the moment she received the news of her son’s death. What the film achieves instead is filling in the gaps between Biggie’s early life in Brooklyn and his days of superstardom. It spends almost no time on his most iconic moments, opting instead to offer screentime to the more humanizing elements of his life. We’re made privy to the family he had in Jamaica, who were central in his musical development. We hear from the jazz musician Donald Harrison, who lived on Biggie’s block and, recognizing a natural talent, took it upon himself to expose his neighbor to the arts at an early age. At one point, Harrison describes Biggie’s unique ear for rhyme, comparing his cadence to jazz drums before we cut to footage of a young Biggie rapping to a solo by the legendary drummer Max Roach.

The documentary’s greatest strength might be the seriousness with which it approaches the drug trade in Brooklyn in the early Nineties. Beyond simple rap-mythologizing, we gain insight into the reality on the ground for Biggie at the time. It’s a welcome perspective shift. Much of the public’s understanding of the era of rap that was born from the crack epidemic in the United States exists in hyperbolic terms: hardened drug dealers duking it out for supremacy in gritty streets. The truth, as Biggie carefully unfurls, is more complicated. At the time, the drug trade was a piece of the social fabric that existed for kids in the neighborhood. Rather than treat this as a taboo to be infantilized, the film explains these dynamics with the same seriousness one might approach American history. Key players in Brownsville — Olie, aka “Big O,” and his uncle I-God — add historical context to the story of how Biggie both came into and exited the drug game.

Old footage of Bed Stuy, Brooklyn has a certain haunting quality to it. The forces of gentrification lurk quietly beneath analog footage of a young Biggie boasting on the corner. The film makes good use of graphics to give context to the blocks these men walked, to the world that they occupied. My favorite bit of archival footage comes from a May 24th, 1992 video of a young Chistopher Wallace performing in Brooklyn. It’s before the release of “Party and Bullshit,” just as his skills are beginning to sharpen. An urgency comes through clearly, and you get the sense, watching from the future, of just how singular a figure he was in his time.

The power of old tapes is most poignant in the documentary’s bookends. Aerial footage of Biggie’s funeral opens and closes the film, emphasizing the renewed vantage point from which we’re observing the rapper’s life. There are murals, T-shirts, and countless ephemera emblazoned with Biggie’s image in the world; in Biggie: I Got a Story to Tell, we spend the most time observing the faces of the people he impacted. In that way, Biggie offers something in line with a growing crop of documentaries hoping to cast a new light on cultural touchstones that may seem well-trodden. We have plenty of information about the idea of the Notorious B.I.G., but Biggie: I Got a Story to Tell offers a rare look at the actual human being behind the legend. 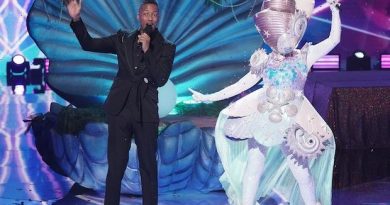 The Masked Singer Recap: Shell-o, Is It Me You're Looking For? 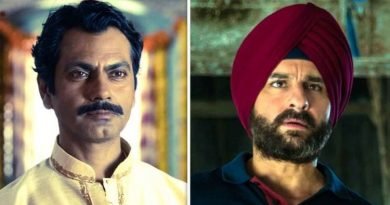 Sacred Games season 3 Netflix release date: Will there be another series of Sacred Games?