Notorious for scenes of partying, drinking and chaotic drama, Bravo’s Below Deck Mediterranean season six also highlighted what it was like living with anxiety. Star Lloyd Spencer revealed a moment fans didn’t get to see on-air.

Fans will recall in episode 11 of the Below Deck spin-off Lloyd wasn’t his usual chipper self and was having a sick day.

While tensions were rising with other crew members, Lloyd was struggling with his day-to-day life which concerned Malia.

It wasn’t until he threw up into the ocean, did other staff realise he was not okay and which spurred Malia to take his blood pressure.

In another scene, Captain Sandy Yawn was seen talking on the radio, informing someone about Lloyds health condition.

Speaking to Decider, Lloyd opened up about the infamous episode and shared he had suffered a panic attack.

He revealed it was his first-ever panic attack and was unaware of the symptoms.

Not only was he vomiting, but his blood pressure also was high and he was shaking uncontrollably.

He shared: “That was my first proper experience with it so that in itself meant it was very overwhelming, I didn’t really understand what was going on.”

Lloyd continued: “It was a mix of being back at home with the Covid lockdown — I’m usually a very social person, so I was really struggling with not being around lots of people.

He added: “Then the readjustment to things not necessarily being like I was used to, being able to suddenly go out and be in big crowds.”

In the show, Lloyd was taken to this hospital for further examination after his anxiety took a concerning turn as his symptoms were similar to that of a heart attack.

“Some part of my brain knew that I wasn’t dying, but it was extremely overwhelming and the fact that there was nowhere for me to go and hide,” Lloyds explained.

In season five, former Chief Stew Hannah Ferrier also opened up about her own experience with anxiety, which included symptoms such as yawning.

The reason viewers didn’t get to see Lloyd deal with his mental health was because there was another drama going on.

This included Lexi’s feud with Mathew Shea, which Lloyd admitted he had “mixed feelings upon watching it back.”

He went on to say: “If I’m honest, when I watched it, I was thinking, ‘God, I wouldn’t want to be Lexi watching this back.’ Feeling bad for her, having to witness that and if it had been that one time, we did forgive her, but unfortunately, it did continue.”

Although one of his biggest moments didn’t make it on air, the fan favourite admitted he was “really happy, really great crew and I’m loving being on board.”

The Below Deck star also revealed he was overcome with emotion when he spoke about his sexuality to crewmates who rallied around him.

Sadly he shared he had a horrible experience in the past as his previous boss would harass and bully him for his sexuality.

Below Deck Mediterranean seasons 1-6 are available to stream on Bravo. 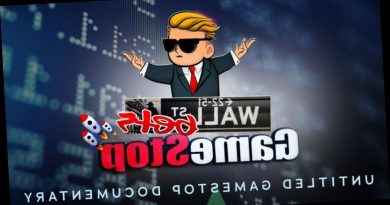 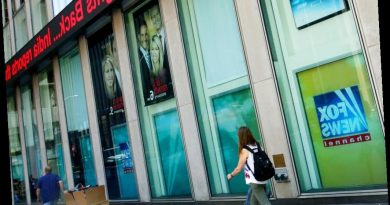