Home » TV & Movies » A Tale of Love and Desire Review: Sensitive Drama in Which Poetry, Passion and Principle Collide

The first experience of lust often forms the basis of a coming-of-age story. Given that it’s a subgenre that is hardly underpopulated, in any given year, we tend to see quite a few of those awkward first fumblings, those early embarrassments, those clumsy hormonal attempts at seduction. But rarely are they outlined with the same sincerity and sweetness as in Leyla Bouzid’s tactile, unashamedly tender “A Tale of Love and Desire,” which treats with unusual respect its sensitive hero’s confusion and hesitance as the cooling influence of his reserve and cultural values meets the incoming weather front of a hot new passion.

Ahmed lives with his parents and willful younger sister, Dalila (Mahia Zrouki), in a tower block in the Parisian suburbs, and works for his more traditionalist cousin Karim (Bellamine Abdelmalek) alongside his earthy best friend Saidou (Diong Kéba Tacu) as a mover. One of the principal pleasures of Bouzid’s acutely observed screenwriting is how well and how subtly she sets up the tensions inherent in Ahmed’s situation, as a young man of Arab background who never learned Arabic; as the only one of his peer group to be attending university (the term “Parisian” is lobbed at him as a pejorative); and as the son of a well-educated, now unemployed, embittered father who has invested in his children much of the hope he has lost for himself. Farah, more worldly but less at home in her Parisian surroundings, has come to France from Tunisia to study, and her meet-cute with Ahmed, which takes place during an excursion to a bookshop to pick up their course texts, leads to a halting friendship and a stuttering, shy romance, in which the shyness is mostly, unusually, on the boy’s side.

Aside from the gradual overcoming of that shyness, and a few insightful moments outlining Ahmed’s familial relationships, not a great deal more actually happens in the film. But cinematographer Sébastien Goepfert’s fine eye for textural detail makes sensual drama out of everything from the beading of water on Ahmed’s back while he showers to the fibers of the paper on which is printed lines of ancient love poetry to the swooning expression in the young man’s guarded eyes as he glances over at the object of his affections. At times, this sensuous lyricism even spills over into outright dreaminess, as the gutter of a book turns into the crevice between warm thighs or when Ahmed imagines a stylus drawing ink across his body, and eventually drawing blood from a wound. It might all seem too precious, if Bouzid and Outalbali together were not able to build such empathy for the conflicted Ahmed, and if, in particular, Lucas Gaudin’s extraordinary score — its striking, atonal modernity subverting the clichéd notion of the “sexy sax solo,” were not its own hard-edged, illuminating commentary on the young man’s inner turmoil.

“Pure love prefers to turn away,” mumbles Ahmed during a class presentation, quoting a long-dead poet to whom he clearly relates. And it is rare to see such abstract romanticism housed in a male character when it is more often ascribed to the female protagonists of rite-of-passage narratives. But Bouzid’s film is far from prudish in its ultimate outlook — indeed “A Tale of Love and Desire” really tells the tale of how love and desire can be mutually reinforcing. Ahmed’s high ideals of “purity” and self-denial in matters of love might just be a kind of defense mechanism against the possibility of being hurt or losing face or embracing the messiness and chaotic unpredictability of life. Instead, Bouzid’s wise but never judgmental second feature (after her resoundingly well-received debut, “As I Open My Eyes”) counsels a calmly progressive agenda, gently nudging her refreshingly un-cocksure main character toward loosening such self-imposed strictures, and accepting that mutually desired carnality can be a sublimation, rather than a corruption, of romance. Perhaps consummated love is no longer as pure, but it’s real, which is quite some compensation. 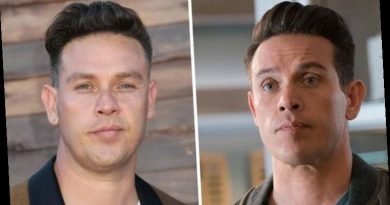 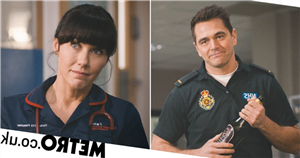 Casualty review with spoilers: Iain and Faith team up to help a patient 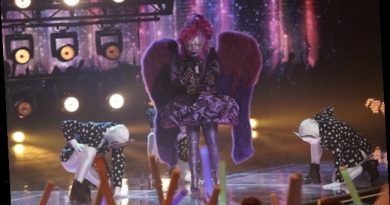 Masked Singer: All the Season 3 Clues Needed to Prepare You for the Finale