Kalani Faagata and her husband, Asluelu Pulaa, have been fan favorites in the 90 Day Fiancé franchise since their first appearance in season 6 of the original 90 Day Fiancé. They’ve since been in a variety of spinoffs and have remained popular with fans.

Kalani recently shared some breathtaking photos of Samoa, a country where both her father and her husband are from. They’re a must-see for fans, and we have the details.

Kalani and Asuelu have been in a number of spinoffs in the franchise, including Pillow Talk, What Now?, HEA Strikes Back, 90 Day Diaries, and 90 Day Fiancé: Love Games. They were also recently in season 5 of 90 Day Fiancé: Happily Ever After, and they will be in the upcoming new season in season 6, which will premiere on Sunday, April 25 at 8 p.m. EST.

But how did these two meet? It actually happened on Kalani’s first trip over to Samoa, where her father is from, in 2016. Asuelu was the activities director at the resort that she stayed in.

“He kind of semi-stalked me around the resort, but it was really sweet,” Kalani told the camera. “He’d like watch after me when I was swimming in the pool, or if I was walking around. Then one of the nights I saw him shirtless and I was like, ‘OK, this could work.’”

Before Kalani met Asuelu, she was a virgin. On her second trip to see him, she had sex with him. She ended up pregnant right away with their son, Oliver, in 2018. They had another son named Kennedy in 2019, and the couple was married in September 2018.

Kalani recently shared some must-see photos of Samoa. There is no international travel to the country right now due to the coronavirus (COVID-19), but that’s no reason to not appreciate its beauty.

The first image is Kalani standing next to her father, Low, amidst a backdrop of lush trees and greenery. Kalani has a flower in her hair, and her dad holds a fan. They’re both smiling for the cameras in the memorable shot. The next image is of beautiful crystal-clear water that someone is swimming in. Palm trees can be seen in the image, and it looks like a great place to relax and unwind.

There’s also another photo of Kalani with a flower in her hair as she stands in front of bushes with flowers on them and trees in the background. A shot of Kalani can be seen of her holding a young Oliver as they sport matching outfits in white with black flower outlines. Behind them is a lush green landscape.

There are even more photos, including one of someone sitting by running water surrounded by trees and a sunny sky. Another breathtaking photo is shown of Kalani and her sister, Kolini, as they pose for a camera shot with a waterfall in the background and green trees everywhere. It’s enough to make anyone want to visit.

Kalani captioned the post on Instagram: “Whenever Samoa opens, I hope you all will visit. It really will change your life. Especially those of you with Samoan blood who’ve never been. There’s magic in every village, but there’s something indescribable about walking on the land that bore your father, and your father’s father (and so on).”

Kalani posted some amazing and breathtaking photos of Samoa in her most recent post that fans surely appreciate. 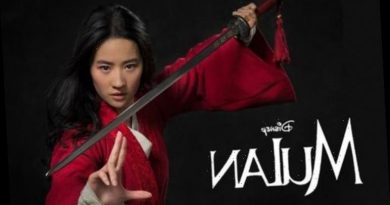 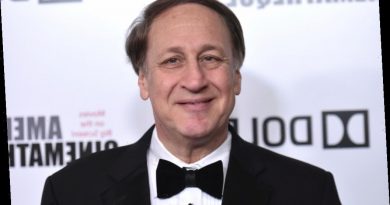 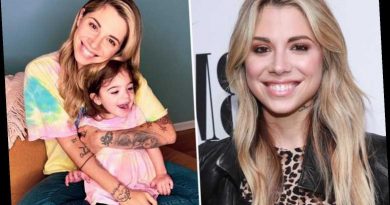