“I was struggling to find that right person. So I wanted to change it up. I was on my computer and there was an ad that popped up for an international dating site. I said, ‘Why not?’ And I made a profile. And, at that time, I truly believed there is no perfect package. Until I met Varya,” he said on the show. In an interview Geoffrey did with The Domenick Nati Show on May 19, he elaborated a bit more about how he met Varya.

“Honestly, it was an ad that popped up on my screen over the top of something, I believe it was on Yahoo!, I was reading a Yahoo! article and it said, ‘Find your Russian beauty,’ or whatever. I was like, ‘I’m gonna try this,’” he said.

Camping in Russia. Behind the scenes. In Siberia, mosquitoes are the size of a fist and, if desired, they together can carry a frail newborn. I even told these stories to Geoffrey—trying to dissuade from camping. But this was obviously in vain. We went to the middle of nowhere and, for 2 days, I lost hot water and a toilet. I think it’s no secret to anyone that Igor became a real highlight of these shooting days. This big and strong as a bear, Russian, was a real soul of the company. Igor has several super abilities: he can skillfully joke in sign language and facial expressions and, with only the use of his mind, can force you to drink vodka with him. By the way, the account of this superman is @boldyrev5684 and something tells me that we will see him on 90 day fiancé the other way. So, Igor hadn’t seen Geoffrey for so long that he was eager to finish the shoot and finally talk in an informal setting. Therefore, he did everything possible to sabotage the filming process and tried to give the producer a drink. We must pay tribute to @shawnmichaels42 twice smaller and thinner than Igor kept himself, like a real hero, and politely dodged each poured glass of vodka. Fortunately, moving from one city to another was so tiring that we didn’t shoot until late at night as usual, but finished early to try all the dishes prepared by Igor in the fresh air. And of course to party like wild Russians. This is where the heat started! Cultural exchanges showed that the Americans invented the atomic bomb in vain. Russians could be dealt with «s’mores». I myself know that it’s hard to survive after such a carbohydrate stroke. In turn, we showed the Yankees which appetizer, according to the periodic table, is best combined with a traditional Russian drink. Well, the culmination of the evening was my favorite drunken fun – jumping over a big fire. By the way, did you know that eyelash extensions curl and stick together when they melt? I know now! Referring Back to the mosquitoes, my warning went unheeded to Geoffrey. The next morning, having lost his vigilance he was bitten by a mosquito in the most vulnerable spot. In his man’s part. It’s a wild Siberia babe!

The reality star said, at the time, he had no intention of actually making a connection with someone.

“So I clicked on it and when I did it brought me to the site. Three or so days later I connected with Varya. It kind of went from there. I had no intentions whatsoever of really meeting somebody but it happened,” he said.

As 90 Day Fiancé fans know, when Geoffrey and Varya finally met in person in Russia and Geoffrey asked her to marry him, she told him “not now.” Geoffrey took the response to mean that they’d broken up and Varya meant what she said: “not now.” She wanted to continue dating but wasn’t ready to get engaged quite yet.

After Geoffrey returned to America, he proceeded to ignore Varya with the intention of letting their relationship fizzle out.

“She had been messaging me for the past several weeks to a month, I’d been ignoring her. Oh sending this like, ‘Hey how’s your day?’ I’d be like, ‘Hi fine.’ Just kind of really low-key. You know, just let it die down. I don’t feel like I broke up with her when I left. I felt like she ended the relationship,” he said in the interview.

Only a couple more hours until you see my answer to his proposal.

RELATED: ‘The Bachelor’ Fans Want ‘the Damn Truth’ About Colton Underwood and Cassie Randolph–Did They Break Up?

He also started rekindling an old relationship he had with a woman named Mary. And when Varya surprised Geoffrey at his home, he was with her.

“It wasn’t a rebound because I was with Mary long ago and first. So if anything I was rekindling and basing it off of the emotions I was feeling. So when Varya showed up again it was kind of like, ‘What the hell? What do I do?’” he said.

Geoffrey also said that he’s open to appearing on reality dating shows like The Bachelor in the future if his current situation doesn’t work out for him.

“If things don’t work out for me and where the season ends, obviously. I’ve got a lot of baggage though, so there’s no way that I’d ever be the bachelor. But, you know, maybe some spinoff of The Bachelor, I could do that,” he said 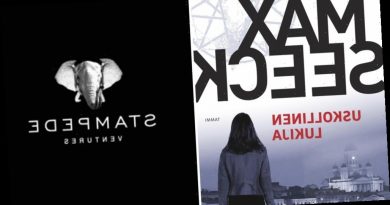 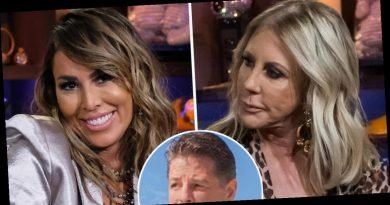 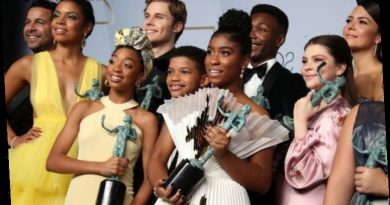 'This Is Us': Lyric Ross Teases More Backstory on Deja in Upcoming Episodes