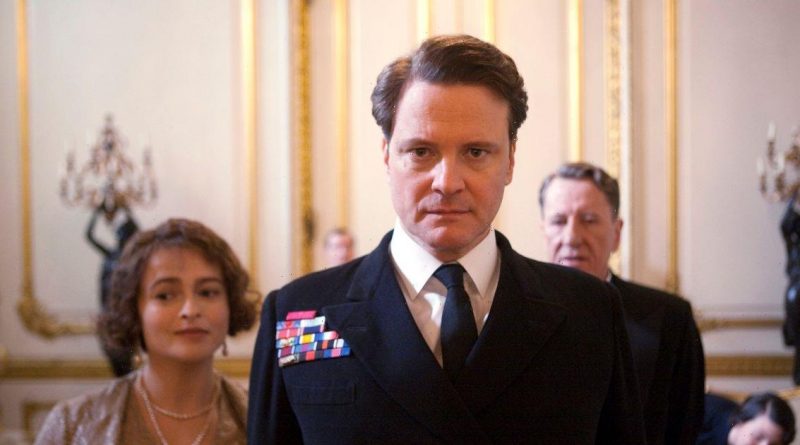 The King’s Speech hit theatres back in 2011, and it’s fair to say the emotional biopic about how a stammering British monarch mastered his speech impediment left its mark on viewers up and down the country.

The royal managed to overcome his debilitating stammer by listening to music which helped him to clear his mind and get the words out.

After a difficult few years, the royal managed to overcome his impediment using this method and showed an impressive improvement over the course of his reign.

Many will remember his painful speech at the Empire Exhibition at Wembley Stadium in 1925 compared to the vast improvement as he declared the outbreak of World War Two in 1939. Although the film was set back in the mid 1930s at the start of King George VI’s reign, the innovative techniques used by his Australian speech therapist have continued to cure people of their stammers to this day.

One notable moment this proved to be the case was when Mr Burton helped his year nine student Musharaf to find his voice on Educating Yorkshire after he watched the award-winning film in 2012.

Now, more than ten years on from the premiere of the BAFTA award-winning blockbuster, the Daily Star has taken a look to see where the stars are now. After the film was released in theatres, Colin Firth was decorated with compliments for his portrayal of the former King.

But throughout the shooting of the film, the dad-of-three confessed he often sought advice from the screenwriter, David Seidler, who suffered from a profound stammer as a child.

In an interview after the launch, the actor confessed it was this advice that helped him most to capture the role. Speaking at the time, he explained: “I'd never read a royal biography until I did this film.

“It wasn’t an easy one to research because the Royal Family don’t let you get that close, so one is dependent on written material.

“The footage of George VI was useful – not so much as material to imitate, but because I saw something in the quality of the man. There’s a humanity and an unassuming decency about him which I tried to focus on.

“He was incredibly eloquent about how that feels. He referred to a drowning sensation – when you hit that terrible silence that you can’t climb out of. That’s something I carried with me. Since his international success with the moving royal biopic, Colin went on to receive a slew of accolades for his mesmerising performance as King George VI.

As awards season approached in 2011, the 61-year-old actor took home an Academy Award, a BAFTA, an Oscar and a Golden Globe all for Best Actor in a Leading Role.

Since then, the star has gone on to star in a number of other Hollywood blockbuster films including Kingsman, Bridget Jones’s Baby, and Mamma Mia! Here We Go Again.

The actor’s most recent blockbuster film was Operation Mincemeat which is set during World War Two where he plays the role of an intelligence officer to blindside German troops. In the critically-acclaimed movie, Helena played the role of Queen Elizabeth (the mother) who aided her royal husband in curing his speech impediment ahead of his congregation.

During her research into her character, the star revealed how the queen aided her husband throughout his rule.

Speaking to Vulture in 2010, Helena explained: “She was an expert public figure. She was born to be in that role, but she also knew that Albert wasn’t.

“She was also great at creating her own brand, the image she projected – the soft, charming cloud of vagueness, very much of that time, an Edwardian woman. She added: “She played a sort of quite low status, almost geishalike, with her head cocked to the side.

“But that was a pure veneer and underneath she was totally at odds, belied by her force of character. She wore the pants in the relationship.”

But this isn’t the only royal the actress has portrayed, as she went on to play the role of Princess Margaret in the hit Netflix series The Crown in 2020. The popular TV series fictionalised the lives of Queen Elizabeth II and how she was thrown into her royal duties at a young age.

In the popular TV series, the show covered many of the controversial moments in British Monarchy including the tragic death of Princes Diana in 1997 as well as Princess Margaret’s overdose. Geoffrey Rush played the role of invited speech therapist Lionel Logue in the emotional biopic and it's clear to see that the star connected with the role on a deeper level.

But as the award-winning actor discussed the historical film with Interview Magazine, he confessed how he almost missed out on the role in the show.

In the build up to the launch of the film landing in theatres up and down the country, the Australian actor revealed how the script was left mysteriously left on his doorstep in the heart of Melbourne.

He told the publication: "This brown paper package was on my front doormat one day, and I thought, 'Oh this is interesting.' "It was lying there like an orphan… The attached letter basically said, 'Excuse the invasion, and for not going through the protocol of your agent.

"'But we're desperate for you to know that this script exists, because there is a wonderful role that we would love for you to consider.' So I read it."

Luckily, the actor loved the role and couldn't wait to get stuck into the historic role with open arms.

Since the film, the 70-year-old went on to star in the next instalment of the Pirates of the Caribbean series through the beloved role of Captain Barbosa. 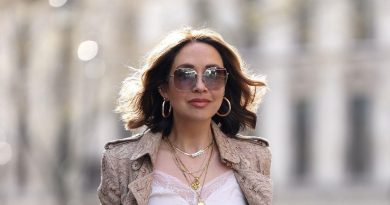 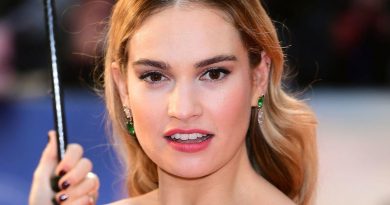 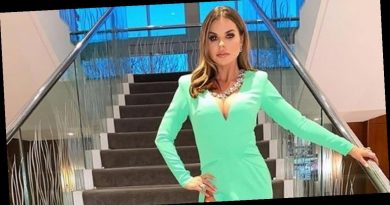