Little Mix bombshell Jesy Nelson has had a wild year since announcing her exit from the girl group on December 14, 2020.

The Shout Out To My Ex songstress certainly isn't afraid to parade her incredible hourglass proportions in flimsy attire, stripping off to tiny outfits since going solo.

Jesy has since released her debut solo single Boyz, and has been causing waves with her daring and sometimes controversial outfits.

To mark a year since her abrupt exit from the group, Daily Star Online has taken a look at some of her sexiest moments in front of the camera.

From leather lingerie and tantalising bikini reveals to channelling her inner girl power as her favourite Spice Girl, she's done it all.

Sexy lingerie in the morning

Jesy knows how to demand attention and she did just that as she struck a sexy pose wearing just her underwear.

Smouldering for the camera, she clasped her knee as she took position in the racy display.

She told Instagram fans at the time: "I woke up like this! (Definitely didn't take me a very long time to master this pose)."

The Little Mix stunner almost caused the internet to crash when this incredibly sexy picture landed.

Jesy's jaw dropping outfit, that left very little to the imagination, was worn on LM5: The Tour.

It wasn't just the flesh flashing PVC bodysuit that sent fans into a frenzy, as her thigh grazing boots also captivated spectators.

The bombshell recently treated fans to some steamy content from the same tour on Instagram, showing Jesy in the arms of a hunky dancer as he stroked her body.

Lockdown has been a real treat for Jesy's 6.8million Instagram followers as she certainly hasn't stopped from sharing saucy snaps during the coronavirus pandemic.

In fact, the X Factor star's social media grid has become quite the hot bed for steamy offerings.

The girlband member blew her followers away wearing a flimsy pastel pink bikini that barely managed to contain her more than ample assets.

Flashing her intimate tan lines, Jesy completed the look with a bandana as she showed off her hourglass curves in the sun.

Jesy certainly got fans talking this week as she strutted her stuff down the red carpet in a bold orange and brown outfit for the Jingle Bell Ball.

She opted for a daring brown leather top which showed off an impressive amount of cleavage and her toned stomach, but it was her coat that got people talking.

As she posed for the camera, fans noticed her jacket was branded with the word Black on it to mark the designer Market Black, and they were left very unimpressed.

Jesy has come under fire in the past for "blackfishing" – the practice of a non-black person trying to appear black – and the wardrobe blunder sparked backlash once again.

Jesy sent her fans wild when she stripped down to a tiny leather bra, showing off her toned figure in a stunning profile shot on Instagram.

She protected her modesty with glamorous long hair and a green jacket which fell off her shoulders to share a glimpse of her washboard abs, sending her fans wild with the gorgeous display.

Jesy smouldered for the camera as she completed the look with a black beret and simple but elegant make-up, earning thousands of like with the post as her fans rushed to compliment her.

The stunning songstress sent her fans into meltdown as she impersonated her favourite Spice Girl, bringing together two of the UK's biggest girl groups.

Sporting the famous Geri Halliwell attire, she simply oozed girl power and even copied the iconic peace sign while winking at the camera.

Jesy gave Ginger Spice a good run for her money as she wowed in a Union Jack minidress that plunged deep at the neckline and flashed a lot of leg.

Finishing off the look with a highlighted ginger wig, Jesy ensured she looked the part.

The Black Magic singer stripped off to enjoy the sizzling Great British weather during lockdown and she definitely didn't disappoint fans.

Unleashing her killer curves in a lemon yellow bikini, she looked nothing other than sensational.

Adding sass, she exposed her inkings as she strutted her stuff in the barely-there two piece.

Holding her arms way above her head, Jesy's taut abs commanded attention in the show-stopping snap.

The brunette completely rocked the all-black look as she donned a plunging asymmetrical dress that saw her cleavage spill from the top.

Proving that less is sometimes more, she wowed as she boasted a glamorous short and sleek bob cut.

Her gown was nicely nipped in at her waist, amplifying her killer curves in the frock that fitted like a glove.

Once again, she showed off her impressive ink as she smouldered at the camera in the elegant gown, making sure all eyes were on her.

Jesy is no stranger when it comes to stripping off to her bikini at home.

Quite often she will set social media ablaze as she takes to her platform to parade her curves in skimpy swimwear.

Proving that red is her colour, the birthday girl wowed as she sent temperatures to new heights.

Yanking up her bikini bottoms high onto her hips, she showed off her svelte curves and incredibly toned torso. 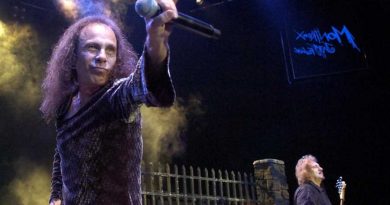 What was Fred the Godson’s net worth when he died? 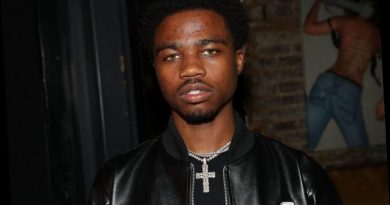