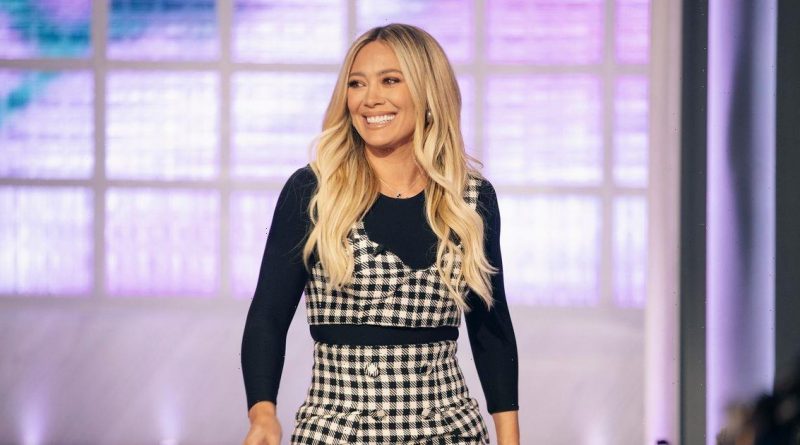 In the early 2000s Hilary Duff was the name on the lips of many teenagers across the world.

The American actress and singer became a household name after the premier of Disney show Lizzie McGuire in which she played the lead character.

The now 34-year-old has since been in countless shows and films such as A Cinderella Story and Cheaper by the Dozen 2 and has released five studio albums.

Hilary's relationships have also made headlines over the years when she dated fellow teen star Aaron Carter in 2001 and 25-year-old Good Charlotte singer Joel Madden when she was 16.

In 2010 she married Canadian ice hockey player Mike Comrie with whom she has a son but they later divorced.

She began dating singer-songwriter Matthew Koma in January 2017 who she married two years later in 2019.

The couple has two children together.

Below we take a look at the mum-of-three's life from her career beginnings to becoming a teen idol.

From a young age Hilary was drawn to performing and took acting, singing and ballet classes with her mother's support.

Hilary, her mum and sister Haylie moved to California in 1993 to pursue a career in show business.

At the start of her acting career, Hilary landed minor roles in films such as Playing by Heart and miniseries True Women.

Her first major role was as Wendy in Casper Meets Wendy in 1998 and a year later she snatched up her first award for her supporting role in The Soul Collector.

However, Hilary Duff became a teen idol and household name following the premier of Lizzie McGuire on Disney in January 2001.

The show, which ran for three years, was hugely successful, raking in an estimated 2.3million viewers per episode.

It was cancelled in 2004 due to contract disagreements between Hilary and Disney.

Since Lizzie McGuire, Hilary has starred in countless shows and films such as A Cinderella Story and Cheaper by the Dozen 2.

Hilary got engaged to Canadian hockey player Mike Comrie in 2007 while the pair was holidaying in Maui.

Pictures of the actress show her beaming with joy whilst admiring her new engagement ring on the balcony of their apartment.

Not much later, she appeared to show just how happy she was by giving her fiancé a little something in return in full view on the balcony.

Hilary delighted fans with her actions, with some saying that this was "how every woman should react after being proposed to".

Mike and Hilary married in 2010 but separated in 2014. The couple has one son together.

In 2019, Lizzie McGuire fans around the world were squealing with delight when it was announced that the show would return for a reboot.

The sequel would have focused on Lizzie's life as a 30-year-old navigating the challenges of adulthood while working as an apprentice to an interior designer.

However, Disney+ later announced they would no longer be moving forward with the project.

In a statement posted on Instagram at the time, Hilary wrote: "I’ve been so honoured to have the character of Lizzie in my life. She has made such a lasting impact on many, including myself.

"To see the fans’ loyalty and love for her, to this day, means so much to me. I know the efforts and conversations have been everything trying to make a reboot work, but sadly despite everyone’s best efforts, it isn’t going to happen."

While Hilary was dating fellow teen star Aaron Carter in 2001, rumours started to circulate that there was a love triangle between her, Aaron and Lindsay Lohan.

Hilary and Aaron dated for several years before he reportedly "got a little bored".

He then dated Lindsay before going back to Hilary. Their relationship was on and off for three years before they ultimately split for good.

In an interview in 2007, Hilary said that there were no hard feelings between her and Lindsay and even called her a "nice girl". 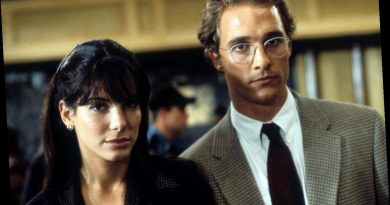 Matthew McConaughey Was Never Supposed To Land His Career-Defining Role in 'A Time To Kill' — 'Let Me Tell You, That Is Never Happening' 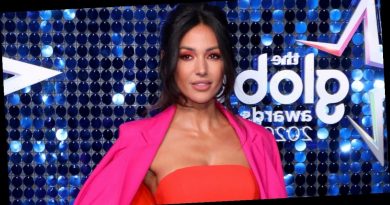 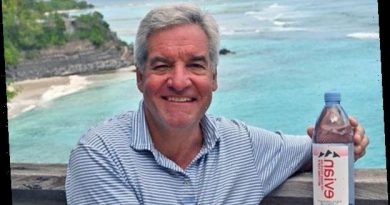