Home » Music » From Nearly Dying to Healing from Sexual Assault: Everything Demi Lovato Shares in Her Docuseries 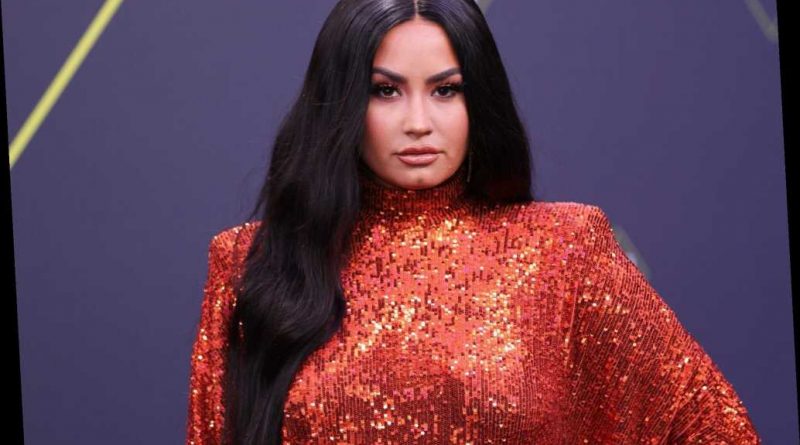 Demi Lovato is telling her truth in her new YouTube documentary.

In the tell-all docuseries Demi Lovato: Dancing with the Devil, which premiered at the SXSW Film Festival on Tuesday, viewers get an in-depth look at what really happened before, during and after the singer's 2018 overdose.

From a detailed timeline of that terrifying July night to the trauma she's faced throughout her life, here are the most revealing things we learned from the YouTube documentary directed by Michael Ratner:

Her eating disorder is a lifelong battle, but she’s gotten much better

In the project, Lovato, 28, speaks about dealing with bulimia and how much she felt controlled when it came to what she ate and what she did for much of her career.

"My self-esteem was really damaged from those beauty pageants," she says, revealing she had made a pact with herself that if she didn't win, "I won't eat again."

The docuseries introduces key people in the pop star's life, including Jordan Jackson, her personal assistant, who made the 911 call the morning after her overdose.

She also opens up about having watermelon cakes for her birthday for years in a row. During her 28th celebration, her friends — and her new management team — celebrated by eating three real cakes.

"Any time that you suppress a part of yourself, it's going to overflow at some point. That's ultimately what happened to me in a lot of areas in my life, and it's what led to my overdose for sure," she says.

At first, Demi’s friends were in the dark about her descent into hard drugs

Dancing with the Devil showcases the moment Lovato celebrates six years of sobriety on stage with Kehlani and DJ Khaled during her last tour.

Not too long later, she decided to drink again. "I picked up a bottle of red wine that night and it wasn't even 30 minutes before I called someone that had drugs on them," she says in the series.

"I'm surprised that I didn't OD that night. I ended up at a party and ran into my old drug dealer from six years before," she adds. "That night I did drugs I had never done before."

That night, she reveals, she mixed meth, molly, weed, alcohol and oxycontin. "That alone should've killed me," she says.

And just two weeks after, Lovato was introduced to heroin and crack cocaine.

"There were so many red flags," says her friend Sirah Mitchell in the film, recounting one night she caught Lovato high in her restroom. "She disappears and everyone is looking at me and I find her in the bathroom and she's got tin foil and she's smoking something and I walk over to her and I grab her and go 'What the f— are you up to, bro? This is not it.'"

"She didn't even notice I was there. I was horrified and devastated," she adds.

Lovato also admits that she kept her drug use "very hidden" from everyone. "I was really good at hiding that I was addicted to crack and heroin," she says.

After celebrating a friend's birthday, Lovato said she was going to go to sleep around 5:30 a.m., but "the reality was that I called one of my dealers over."

The next morning, her assistant Jackson opened the door and found that "she was not waking up or responding."

"There was one point where she turned blue. Her whole body turned blue. I was like, she's dead for sure," Jackson says. "It was the craziest thing I had ever seen."

In the series, her neurologist Dr. Shouri Lahiri reveals that her oxygen levels were "dangerously low and trending down" and that the first places to be affected in her body were the back of her brain and her vision. She also had dialysis to clean her blood. "It was like a horror movie," Lovato's mom Dianna De La Garza says.

"I had three strokes. I had a heart attack. I suffered brain damage from the strokes. I can't drive anymore. I have blind spots in my vision. When I pour a glass of water, I'll totally miss the cup because I can't see it anymore," she says. "I've also had pneumonia because I asphyxiated and multiple organ failure."

"I'm really lucky to be alive," she later says, before revealing she had "5 to 10 minutes" or else she "wouldn't be here today."

Demi was “legally blind” when she woke up in the hospital

Lovato's younger sister Madison De La Garza recounts the moment she visited her sister and grabbed her hand, saying "I'm here and I love you." In that moment, Lovato didn't recognize her younger sibling.

"She looked me dead in the eye and said 'Who is that?'" Madi says in the documentary. "That's something you never want to hear your sister say."

Lovato later says she was "legally blind," and, for the first time in the documentary, tears up as she remembers the first time she was forced to get her sober in order to see her sister.

"I know that's not what they literally meant. They meant it metaphorically, but it's ironic and in a weird way poetic that it ended up happening like that and me not actually seeing her," Lovato says in tears.

Lovato was sexually assaulted the night of her overdose, she reveals for the first time in the series.

In a devastating segment, the star says her drug dealer "took advantage" of her and "violated" her after getting her high with heroin laced with fentanyl.

"When they found me, I was naked, blue. I was literally left for dead after he took advantage of me," she says. "I was literally discarded and abandoned."

That night brought her back to when she lost her virginity in a rape at age 15. "When I was a teenager, I was in a very similar situation. I lost my virginity in rape," she says. "I called that person back a month later and tried to make it right by being in control. All it did was make me feel worse."

Lovato also reveals she shared what had happened to her to adults, but her alleged attacker faced no consequences.

"They never got taken out of the movie they were in," she says. "I always kept it quiet."

Lovato is candid in sharing that she is not completely sober.

Lovato reveals she still drinks and smokes weed in moderation but insists she has completely cut out hard drugs.

"Telling myself I can never have a drink or smoke marijuana is setting myself up for failure because I am such a black-and-white thinker," she says, before emphasizing that her method of recovery isn't a "one-size-fits-all solution."

Demi Lovato: Dancing with the Devil premieres on March 23 on YouTube.

If you or someone you know is struggling with addiction, please contact the SAMHSA substance abuse helpline at 1-800-662-HELP.

If you or someone you know has been sexually assaulted, please contact the National Sexual Assault Hotline at 1-800-656-HOPE (4673) or go to rainn.org. 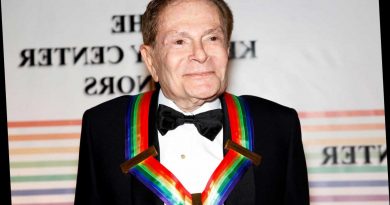 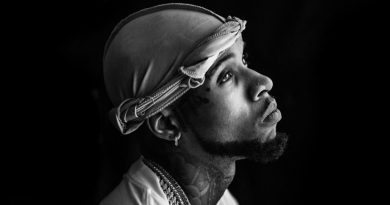 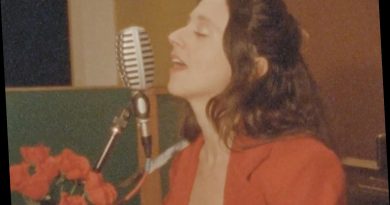 Waxahatchee's 'Can't Do Much' Is an Unsentimental Love Song