It seems like it wasn’t that long ago that Sophie Turner and Joe Jonas were just single stars in Hollywood — because it wasn’t!

The couple shocked fans after the Billboard Music Awards on May 1 by eloping in Las Vegas months before their rumored summer wedding in France.

With Diplo live-streaming on Instagram and Elvis officiating, the actress and singer said their “I do’s” and exchanged candy rings in front of an intimate group that included Jonas’s brothers and singer Khalid.

Turner, 23, walked down the aisle at A Little White Wedding Chapel, wearing a white v-neck ensemble and a matching veil while Dan + Shay performed their hit “Speechless” acoustically.

Meanwhile, Joe, 29, and his brothers Nick and Kevin stood at the altar waiting in matching gray suits and served as his groomsmen.

The surprise wedding news comes a year-and-a-half after Jonas and Turner announced their engagement with corresponding Instagram posts in October 2017, each sharing an image showing off Turner’s stunning pear-shaped engagement ring.

“I said yes,” the Game of Thrones star captioned the photo. Meanwhile, the singer wrote, “She said yes.”

The duo first made their status as a couple known when they were spotted getting cozy at a pre-MTV Europe Music Awards Kings of Leon concert at the Oude Luxor Theater in Rotterdam, Netherlands, in late 2016.

“They were really close together,” concertgoer Anne Charlotte of Alkmaar, Netherlands, told PEOPLE at the time. “They were kissing. She was all smiley and he looked really sweet.”

After their concert date, the couple spent Halloween together, with Jonas dressed as a dalmatian and the English actress rocking some pink sequined bunny ears in a photo with friends.

And the holiday celebrations didn’t end there. A source confirmed to PEOPLE that they also spent Thanksgiving weekend together after they were spotted together in New York City leaving a local hotel.

“He thinks she’s a cool girl,” said the source. “She’s always been into him, but he’s starting to like her more and more.”

Shortly after, Jonas and Turner attended a pal’s wedding together in Malibu where they took full advantage of the event’s photo booth.

“They’re dating exclusively,” a source told PEOPLE that December. “He was playing the field, but he really likes her and is willing to settle down for her.”

At the start of the new year, Turner made her relationship Instagram official when she shared a photo of Jonas donning sunglasses, a backwards hat and holding a cigar while at the stern of a boat on open water.

“Miami Daze,” Turner captioned the shot of her beau.

The cute couple spent an April weekend walking up and down Ventura Blvd. in Los Angeles, not being shy about showing off some PDA. The singer was photographed wrapping his arm around his girlfriend and even planting a smooch on her forehead as she rested her head on his shoulder.

That night, little brother Nick joined the duo for a dinner at Hollywood hotspot Craig’s. Turner linked her arm in her boyfriend’s as they arrived.

The Game of Thrones star spoke with InStyle in May 2017 about her romance with the musician, and shared a key element that makes their high-profile romance work. Although she admittedly likes to “keep things pretty private” in her personal life, she revealed what she found “easy” about dating Jonas.

“I found it easier to date someone who understands the industry or is in that world,” she told the publication.

“You realize that you’re not going to see each other all the time,” she said, adding: “And you don’t feel like a jerk when you’re like, ‘My publicist says I can’t do this… ‘”

After spending time with each other’s families and vacationing around the world, a source close to Jonas confirmed that their romance is no fling.

“Joe is taking this relationship very seriously,” the insider said. “She’s different from other girls he has dated. She’s the female equivalent of him and his family loves her too.” Turner later told the U.K.’s Sunday Times, “I’m happier than I’ve been in a very long time.”

In September 2017, the couple was photographed taking a stroll in New York City with the newest addition to their relationship: an adorable Siberian Husky puppy.

Both dressed casually in workout apparel, Turner cradling the puppy in her arms while Jonas walked beside her with one hand in his pocket.

The Game of Thrones star helped her pup make an Instagram debut, writing, “Meet the newest addition to the krew @porkybasquiat.”

After Jonas and Turner revealed their engagement, a source close to the couple told PEOPLE the singer’s family couldn’t be more welcoming of their future daughter-in-law. “Everybody’s very, very happy for them and their family and friends are all thrilled. Everyone loves them together,” said the source.

Added the insider: “She’s young but is beyond her years and is crazy, crazy mature. He’s never been like this with a girl. He was such a dater before her but their relationship was much different from the start. She was just the one for him.”

After Nick began dating Priyanka Chopra, the Quantico star and Turner quickly formed a tight bond. The couples vacationed together and were often spotted on double dates.

“It’s kind of the dream where, as close as we are as brothers, that our wives and fiancée are so connected, as well,” Nick previously told Entertainment Tonight. Turner was also on hand to help celebrate Chopra at her bachelorette bash and the women referred to each other as “sisters” for quite some time ahead of Nick and Chopra’s wedding last year.

In March, Chopra shared a snapshot of herself with Turner and Kevin Jonas‘s wife Danielle posing together inside a private jet.

Earlier this year, Jonas opened up about his must-have on their big day: lots of Coors Light.

“I mean, we are getting married in France, so a lot of Coors Light is necessary,” Jonas said of planning his upcoming wedding to Game of Thrones actress Sophie Turner in an interview on the Zach Sang Show. “Not hard, really, to get that, but we needed to make sure that was going to happen.”

In April, the Jonas Brothers released their song “Cool”, following the success of their single “Sucker”, and Joe’s lyrics included a cheeky shout out to Turner’s series, “Oh, I feel like Post Malone when I get home / Sittin’ there winning like it’s Game of Thrones.”

And a month later, Jonas celebrated his bachelor party in Ibiza — complete with a yacht party and plenty of his pals.

The newlywed gave fans and followers an inside look at the celebration in a string of Instagram pictures that showed the group making a toast, laying a game of soccer at a stadium in Ibiza and smoking cigars at a restaurant.

“THE BOY. THE BOYS. THE BOYS. Incredible weekend full of celebration In Ibiza. Love you all,” Jonas wrote alongside four photos of the celebration on Instagram, adding the hashtag “#fastlife.”

THE BOY. THE BOYS. THE BOYS. Incredible weekend full of celebration In Ibiza. Love you all. #fastlife 🤠🕺🍾

In a June interview with Harper’s Bazaar, Jonas explained why the couple eloped.

“We had to do a legal marriage before we did a real big one,” he said. “It was either the courthouse, or our version, and I preferred our version,” he added. “Friends, Elvis and Ring Pops.”

Turner also opened up about the decision in a cover story for the latest issue of Net-A-Porter‘s PORTER Edit, saying, “I think because there are so many annulments and divorces, you can’t just get the license at the chapel now, so it does take a little bit of planning.”

Ahead of their summer nuptials, Turner and Jonas have stayed busy with back-to-back red carpet appearances — first for the June 4 premiere of the Jonas Brothers documentary, Chasing Happiness, and next for the June 5 premiere of Turner’s new film, X-Men: Dark Phoenix.

On his wife’s big night, Jonas played the role devoted husband as he took a break from posing on the red carpet to capture his own photo of Turner.

“Premiere Carpet Pro-Tip #1: Always make sure you get the shot,” he captioned a video of himself taking pictures of the actress. Once his wife noticed what her hubby was doing, she quickly ran to his side to join him. 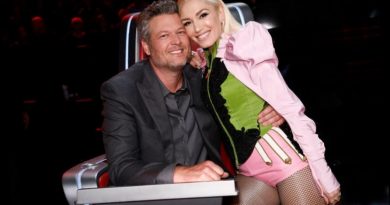 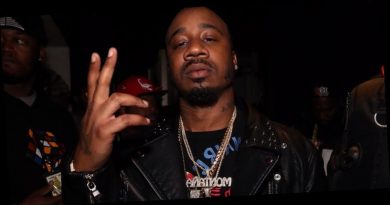 Benny The Butcher and Hit-Boy Link in the Studio 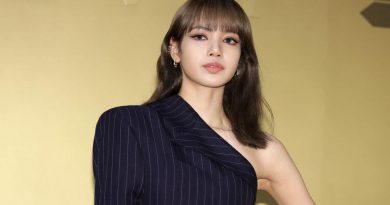 BLACKPINK: Lisa Was So Talented She 'Aced Everything' as a Trainee Without Knowing Korean