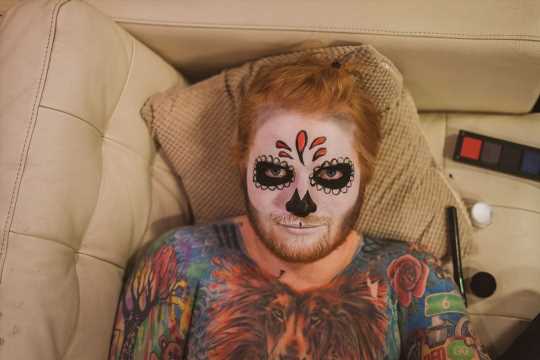 Ed Sheeran is ready for his album to drop — and maybe for Halloween, too.

Three days ahead of the release of his upcoming album No.6 Collaborations Project, the British singer shared quite the creative look in celebration.

Posing shirtless (which showed off the collection of colorful tattoos covering his arms and torso), Sheeran, 28, pulled an expressionless face for the Tuesday selfie, showing off some impressive makeup.

The red, white and black look seemed inspired by sugar-skull makeup, while the “Shape of You” hitmaker laid back with the makeup palette visible behind him.

“Friday x,” he captioned the image, likely referring to his album’s release day.

Ketchup-Obsessed Ed Sheeran Stars in Heinz Ad Based on His Idea: “What I Was Aiming for in Life”

In the hours following, Sheeran made two more posts expressing his excitement over his latest project. First, he shared a video featuring snippets of multiple tracks on the album.

“No.6 collaborations project out friday too. The whole shebang,” the star captioned it.

The last Instagram post showed Sheeran sitting in a diner, in what looked like behind-the-scenes shots from an upcoming music video. Notably, he’s wearing a T-shirt that reads, “DON’T TOUCH.”

“Ah video for antisocial! See the shirt with don’t touch!!” one fan commented, guessing that Sheeran may be dropping his music video for “Antisocial,” his collaboration with Travis Scott, also on Friday.

In late June, Sheeran released his new Andy McLeod-directed music video for "Beautiful People," his duet with Khalid, for the upcoming album.

Their song comes after the releases of Sheeran’s smash hit with Justin Bieber, titled “I Don’t Care,” as well as his Chance the Rapper and PnB Rock project “Cross Me.”

The singer recently announced that he has more collaborations on the album, including with Bruno Mars, Chris Stapleton, Cardi B, Camila Cabello and Eminem.

No.6 Collaborations Project, out Friday, is available for pre-order now on amazon.com. 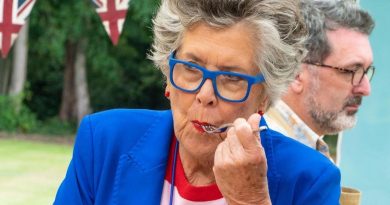 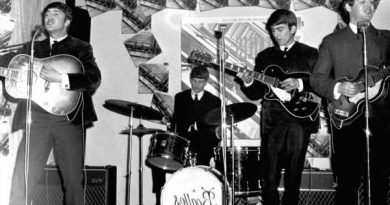 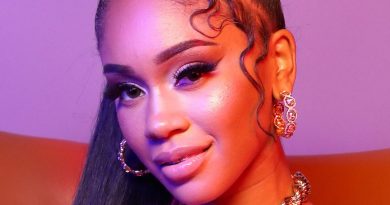