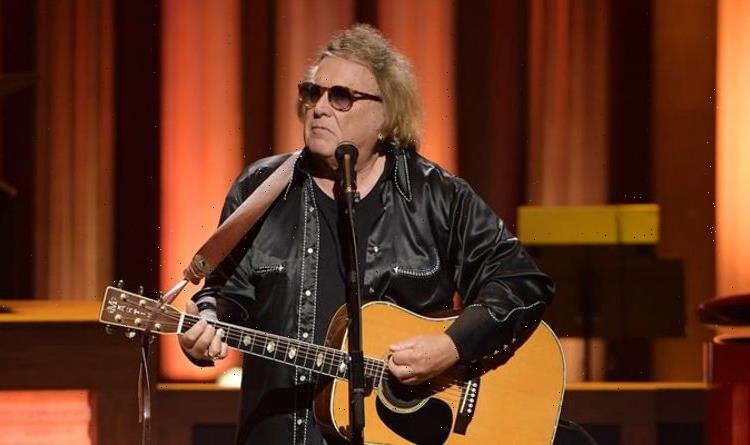 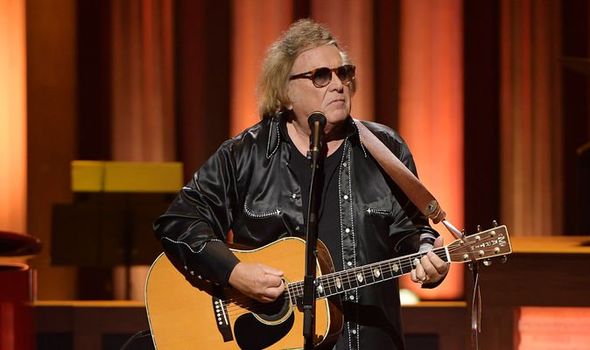 In fact, if he doesn’t quite explain his most famous song, other than to say it was inspired by his dad, the US star is unfailingly frank about his life and work.

At eight minutes and 38 seconds, American Pie is the longest chart-topper in US music history.

Written when McLean was just 24, it’s a saga about rock music and American history, a complex, moving classic. Equally complex is his biggest British hit, the chart-topper Vincent, about artist Vincent Van Gogh.

Ironically, for all the emotion in his music, there is one area McLean admits he knows nothing about: love. Speaking to the Express, he reveals: “I don’t think I understand anything about love. Now I’m 75 years old, I think I’ve figured that out.”

He continues: “I love romance. Romance is the motivation in my songs, not love.

“Love has to do with giving someone your kidney, having the commitment to be in the hospital for 10 years while the person you love is dying.”

Perhaps unsurprisingly, given that claim, another of his best-loved songs is the classic romantic ballad And I Love You So.

It is the final track on the Elvis In Concert album, recorded by the King in June 1977 and released in October of that year, two months after he died.

As if in contrast, he continues: “I’m not sure I like love all that much. I know that, and I’m honest about it.”

Yet despite writing at least one of the last century’s most famous songs, McLean is anything but a one-hit wonder, still recording and touring energetically.

As for his own love life, he has been dating model Paris Dylan who, aged just 27, is 48 years his junior, for the past five years. The pair met when she became the manager of his social media accounts following the messy breakdown of his 29-year marriage to his second wife, Patrisha, amid tales of domestic strife which ended in his arrest.

It’s a tangle potentially worthy of one of the star’s hits. McLean has since said he pleaded guilty to four of six charges to try to keep matters simple as their marriage ended. One of the other charges, for domestic violence, was dismissed and his ex-wife has since branded him controlling.

Today he remains upset about the 2016 split. Although on good terms with their son Wyatt, their daughter Jackie, 31, doesn’t speak to her father anymore for which McLean blames his ex-wife.

He sighs: “When we started to divorce, my ex-wife tried to destroy me. She decided, ‘If I can’t have him, I’ll make sure nobody is going to want him.’

“It’s a terrible thing to realise that somebody who you devoted 30 years of your life to is conspiring against you. That’s something I’ll never forget. My ex-wife wants to ruin me. It’s awful.

“Paris is a completely different person. She’s supportive, loving and she wants me to be successful. Paris doesn’t resent my success, which my ex-wife did. She’s everything my ex-wife was not.”

Aside from his domestic turbulence, McLean is more content than ever, admitting he can’t believe it’s 50 years since the song that made his name.

He famously refuses to discuss exactly what American Pie’s lyrics are about, though he has explained it was partly written in response to the death when he was only 15 of his Scottish father, Donald.

McLean explains: “When American Pie became so successful, I’d sometimes wonder what my life would be like in 25 years. And if I really thought about it, I’d be able to imagine what life would be like when I was 75. Now I am 75, when I try to imagine the future, it starts to look a little wobbly. That brings home how long it is since that song changed everything.”

The song endures like almost no other hit. Madonna reached No 1 when she covered American Pie in 2000, and boxer Tyson Fury delighted fans when he sang two minutes of it after becoming WBC world heavyweight champion following his win against Deontay Wilder last year. McLean laughs: “Tyson singing

American Pie was fantastic, I hope he keeps on winning and singing. I like Madonna’s version of American Pie too, but there aren’t many cover versions of the song, because it’s so hard to sing.”

Now American Pie is set to be the subject of a children’s book and a Broadway musical, but McLean shrugs off its continued success, saying: “The book is a fun idea, but they’re just neat ideas I went along with. I’m thankful for the other stuff, but it doesn’t affect me much, because it’s part of the showbusiness side. There’s the Don McLean who’s the ‘star’ and the real guy, who likes furniture, horses,Westerns and history.”

He hasn’t always been so sanguine about success, admitting: “I didn’t take to fame too good”, after the success of American Pie and Vincent. He began drinking heavily and taking drugs, but got himself clean and insists that the rock’n’roll lifestyle isn’t something to regret. Indeed, McLean believes one reason Elvis Presley remains so popular is because of the hard-living image of his later days. Elvis covered his 1971 ballad And I Love You So regularly in concert. He even tried to buy the song’s copyright.

McLean recalls: “Elvis loved And I Love You So. I’d had a love affair with Elvis’ music since I was 11, and his version was beautiful.

“But, when he tried to buy the song’s publishing from me, I had to say: ‘Sorry, Elvis.’ That’s just what Elvis’ people did, they wanted everything for him.” Of Elvis’ enduring popularity,

McLean muses: “To be the king of rock’n’roll, you have to do everything wrong for it to come out right. Elvis did everything wrong, and that’s how you become the people’s choice. Elvis was a mess and he made big mistakes, because Elvis was stupid, like we all are. But he still had blood in his veins.

“There are a lot of musicians out there who are smart and careful, like Bruce Springsteen, who does everything right.

“But the people’s choice, they aren’t so smart. And when I got successful, I sure wasn’t smart.”

Now McLean has wised up, he stays bright with a love of antiques. He’s just announced a UK tour for his new album American Boys, and is looking forward to snapping up some bargains. He smiles: “I’m a real good negotiator. I have two homes in Maine I’ve decorated. I love English and Irish furniture and it amazes me to sometimes find beautiful items for £10. There are bargains all over the place in the UK.”

Growing up in New York, a self-confessed “oddball” and “outsider” as a boy, McLean admits: “I wasn’t like the other kids.” At 16, he wrote to the US government to ask for a transcript of what his favourite singer, protest musician Pete Seeger, had said in 1955 about the lyrics to his protest songs when called before the House Un-American Activities Committee at the height of communist witch hunts. Incredibly, McLean continues: “A box of paperwork arrived with official stamps all over it. My mom asked, ‘Donny, what is this?’ and I told her, ‘Oh, it’s just a box from the government’.”

That outsider spirit continues on his new album which includes a song about the Black Lives Matter movement. It also includes a song, Mexicali Yell, about Paris.

“My girl is Mexican,” explains McLean. “I live near the Mexican border, and Paris’ family are the most wonderful people I’ve ever known. My girl loves all my music. I think she’ll love this song too.” 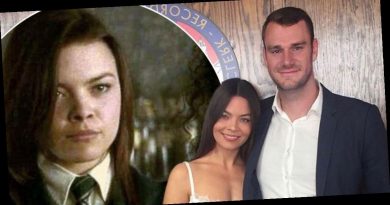 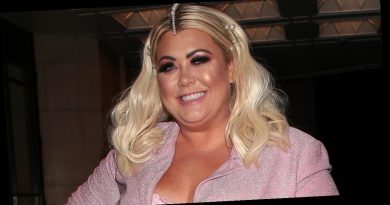 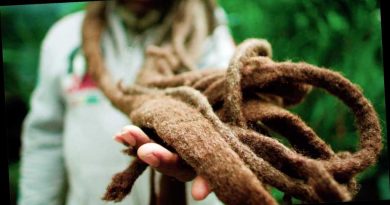