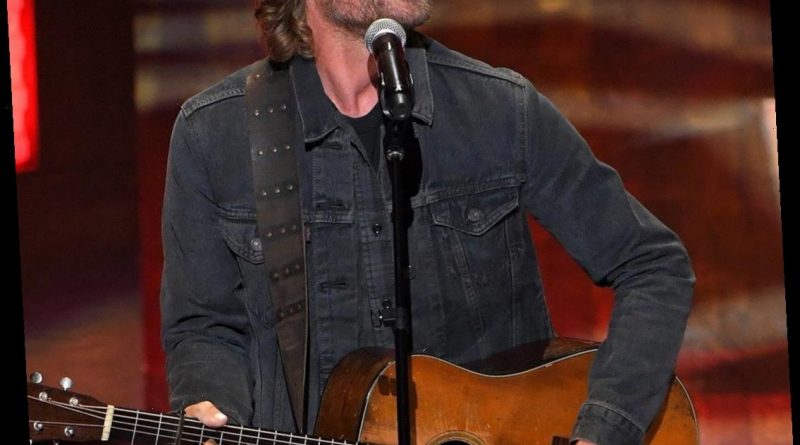 Country music singer Dierks Bentley has released his first new song in more than a year. Get the details on “Gone” and everything he’s been experiencing during quarantine. 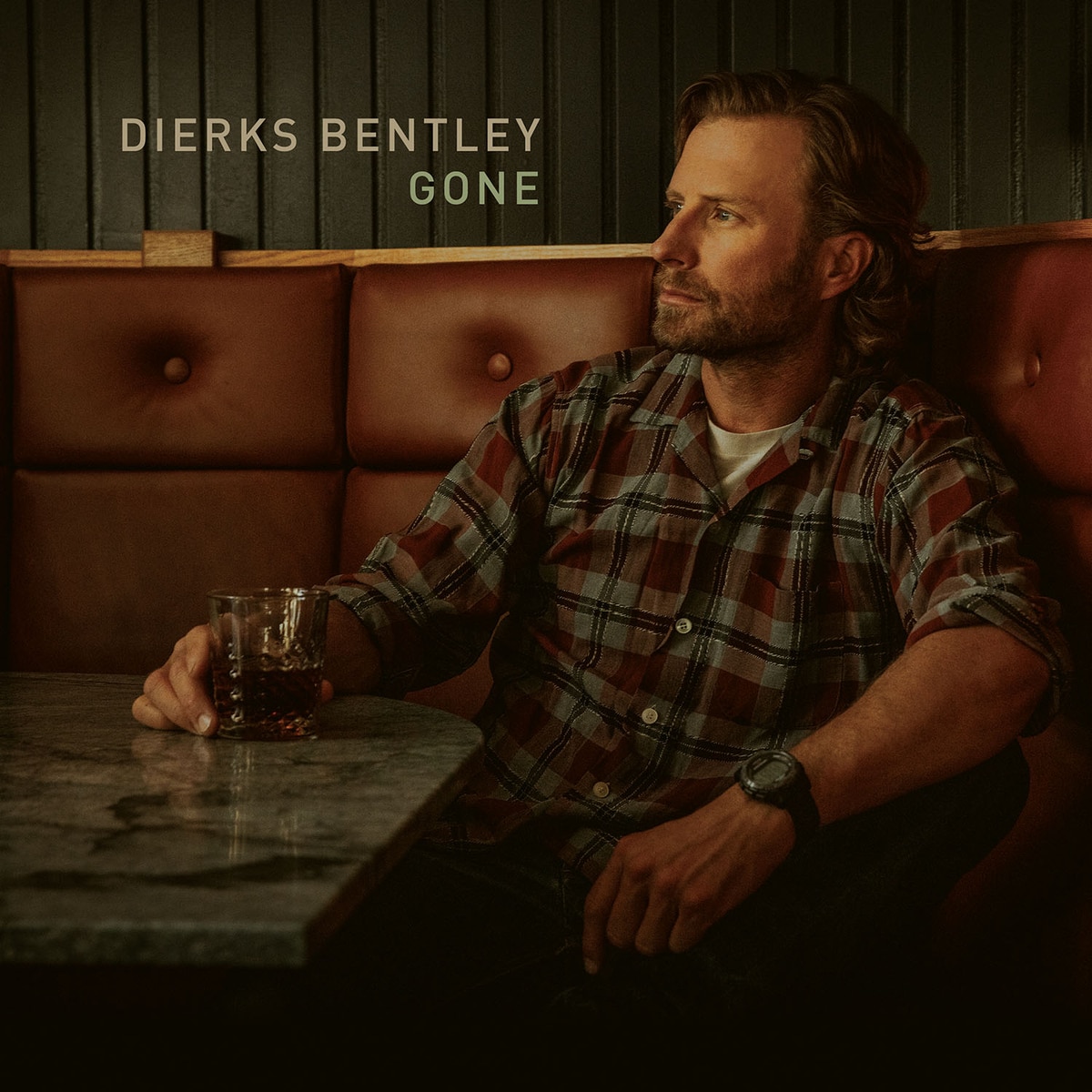 We love these products, and we hope you do too. E! has affiliate relationships, so we may get a small share of the revenue from your purchases. Items are sold by the retailer, not E!.

After much anticipation, Dierks Bentley is back!

It's hard to believe that the country music singer's last release was his No. 1 smash "Living" back in February 2019. But fast-forward to today and the hit maker is ready to delight fans with a new track called "Gone."

"When it came time to record, I didn't know if I wanted to sing a song that's too much about what's happening," Dierks exclusively shared with E! News. "I like that this song is about a relationship. A girl left him and now the guy's gone. He hasn't gone anywhere. He's just losing his mind at home."

He added, "I do like that it's called ‘Gone' because it does touch upon the times we're in. And it's personal to me because I've been totally gone. I've lived in Nashville for 26 years and now I've moved out so that's a new reality for me."

Since the coronavirus pandemic put an end to large gatherings and concerts, Dierks and his family packed their bags and headed to Colorado. Soon after, they began making countless memories safely in the great outdoors.

"I've built forts, snowball castles," Dierks recalled. "I've watched my kids learn how to skateboard. My girls are playing hockey this year. My 6-year-old learned how to fly fish. There have been so many moments where I'm like, ‘Wow this is the best day of my life.'"

Bachelorette Clare Crawley Reacts to Getting Called Out on Prom Claim

Nikki & Brie Bella Are Moving to a New City! All the Details

And while family time can be the best time, Dierks is also looking forward to a future where concerts and touring can be done safely across the country.

"I love the songs that can be interpreted differently depending on how you're feeling or what you're going through or how old you are," Dierks explained when discussing his new song. "It might strike you about a relationship but it may make you think about how a lot of things we love right now are gone. Certainly us country fans—and I'm one of them—live shows are gone and the true experience of live shows like high-fiving the stranger next to you or spilling a beer on someone. That's gone right now and it's probably the last thing that will come back."

Dierks added, "I got my fingers crossed for next summer. We've got a great tour lined up for next summer and I'm just going to put myself in the best position to be ready to go if we get the green light but also, keep my expectations in check because it would be heartbreaking to not get back out there next summer."

To see what else Dierks has been up to while "Gone" from the music scene, keep scrolling below.

While staying in Colorado, Dierks Bentley's daughters started a local radio show where they introduce dad to lots of new pop music.

"I'm trying to help them with a playlist," the proud dad shared. "We love Lizzo and Dua Lipa and of course Maggie Rogers. They have a big influence on me too."

Dierks also praised Brothers Osborne' new album Skeletons that was released during the pandemic. "I just thought it sounded so good," he explained. "They are always super inspiring and going for stuff and trying new things."

One huge positive in the past several months is creating memories with family. As Dierks explained, "Just to be living in Colorado and have hiking, biking, camping and fishing with my kids and coaching a hockey team and getting to do a lot of stuff that I missed out on since being on the road, it's been a rejuvenating year in a lot of ways for me."

Throughout the pandemic, Dierks has been paying his band and crew full salary.

"I still have 25 people on full salary," he admitted. "Most people have made cuts or let people go but I can't do it. People talk about road families. Sometimes you have to put your money where your mouth is and this is my family. These are the people I spend a lot of time with. I've hired each one of them personally and they're super close to me and my actual real family. I'm trying to take care of them through this time."

Throughout quarantine, Dierks has been making new music in creative ways.

"The biggest thing for singers—songwriters is writing using Zoom," he explained. "I didn't even know what Zoom was until March and now I've used it a lot to write songs. I'll be out here in Colorado but a buddy is in Nashville. Someone else is in Florida. When it comes to recording, you can do a lot through the iPhone. I've heard some vocals for demos and it's like, wow. It's unbelievable what technology can do."

On Oct. 23, Dierks will perform "Gone" for the first time at the iHeartCountry Festival. Streaming live online, the event turned out to be a "special event" for the performers. "They really did a great job," Dierks added when praising event organizers.

When not working on music, Dierks has been busy finalizing new designs thanks to his fashion collaboration with Flag & Anthem. "It's a lot of stuff that I see my fans wearing," the singer explained. "They make great stuff."

Plus, check out some must-have items from Dierks' Flag & Anthem collaboration just in time for gift giving season.

The fitted racerback tank is both comfortable, casual and figure-flattering. Plus, the design was inspired by the picturesque way that the sun rises over the Arizona desert.

The fitted racerback tank is both comfortable, casual and figure-flattering. Plus, the design was inspired by the picturesque way that the sun rises over the Arizona desert.

"When I'm on the road, I put on the flannel shirts and pants and away we go," Dierks explained. "I'm all about utility. Clothes you can wear on stage and off stage."

\”When I’m on the road, I put on the flannel shirts and pants and away we go,\” Dierks explained. \”I’m all about utility. Clothes you can wear on stage and off stage.\”

These vintage-inspired trucker hats feature the artist's iconic Riser Bird logo and pays respect to the state Dierks has made so many memories in.

These vintage-inspired trucker hats feature the artist’s iconic Riser Bird logo and pays respect to the state Dierks has made so many memories in.

Watch Dierks perform "Gone" and more of his hits at the iHeartRadio Country Festival this Friday, Oct. 23. 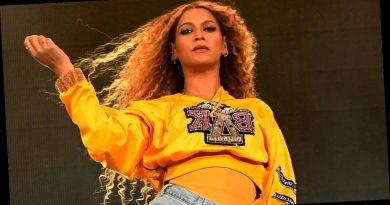 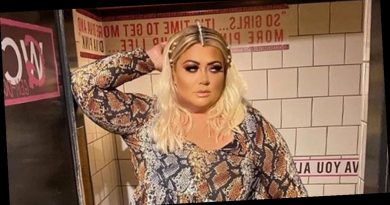 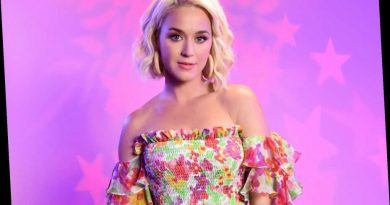