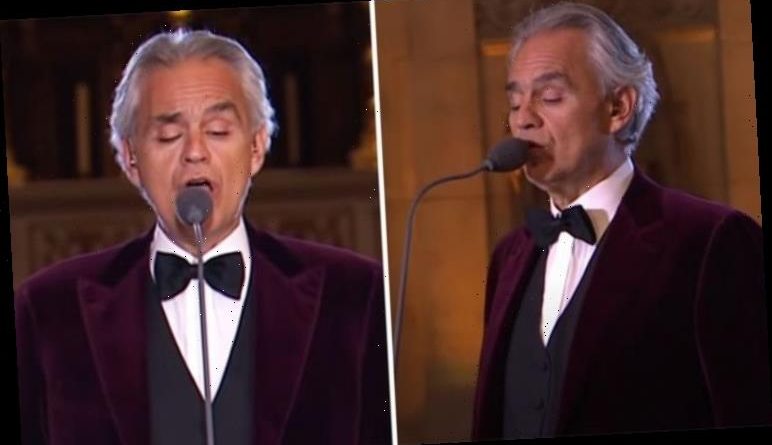 Andrea Bocelli has had a very busy year with the release of his new album Believe and live-streamed performances. Today marks the end of Christmas with Epiphany, the feast day commemorating the Magi visiting the infant Jesus. And on the twelfth day of Christmas yesterday, the Italian tenor shared his live performance of O Holy Night.

The 62-year-old was accompanied by a grand piano and classical stringed instruments.

This video follows another song performed at the 17th Christian church for the TV programme in Ave Maria, which features on his new album. 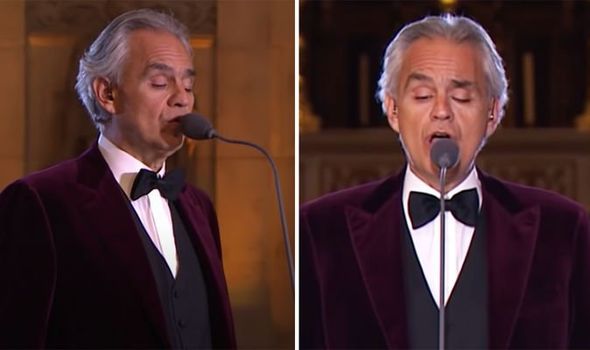 One fan wrote: “Andrea, you are a bright star, without which the world would be darker. Shine as long as possible.”

Another enthused: “Not even a pandemic can break the magic atmosphere of Christmas. Grazie Maestro!”

While one said: “It’s amazing, he sounds exactly like he did in 97, especially hitting that high B flat. Very clean. Maybe he’s using a different technique.”

A fan added: “For just a moment, I close my eyes and hear pure beauty, and in that moment, nothing else matters.” 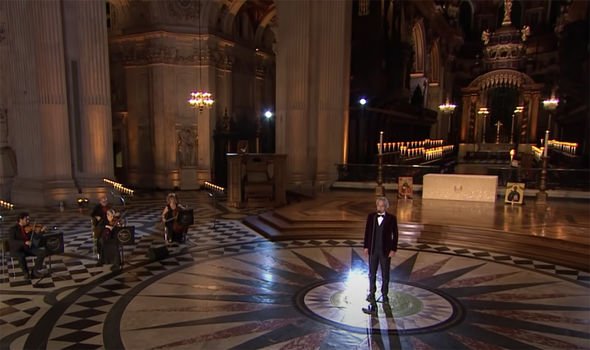 Express.co.uk caught up with Bocelli last month, asking him what the response has been to his live-streamed concerts.

The singer said: “The response was overwhelming, exceeding all our expectations.

“At the live concert from Teatro Regio in Parma, over 70 thousand fans accessed the live stream, from more than 100 countries.

“This was further confirmation that the people’s values and thirst for beauty and spirituality, is stronger than ever before and for their need to reflect and reconnect with their souls.”

Bocelli also sang Hallelujah with his eight-year-old daughter Virginia during his Believe in Christmas concert.

Asked what it was like singing the duet with her, the 62-year-old replied: “It was a true Christmas present that Virginia gifted to me.

“It was very emotional but there was no apprehension: I focused on the beauty and intimacy and I tried to convey the serenity, encouragement and reassurance to Virginia.

“We sat on stage with only a guitar, the silence and her voice intertwining with mine. It was beautiful and simple. It was a very special moment, one to savour and remember always.”

Asked whose idea the duet with Virginia was, Bocelli replied: “The initial idea was born from a bit of fun, and then it came to the concert and the song itself with Virginia featured in the setlist.

“Franco Dragone, the director of the live stream, insisted that it be included in the show and judging by the results he was right in entrusting her with such an important part.

“Although Virginia, was practically born and raised on stage and behind the scenes, this was her official debut.” 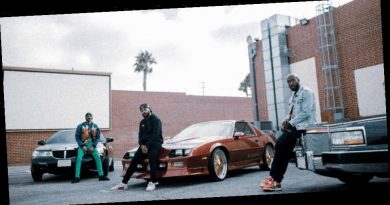 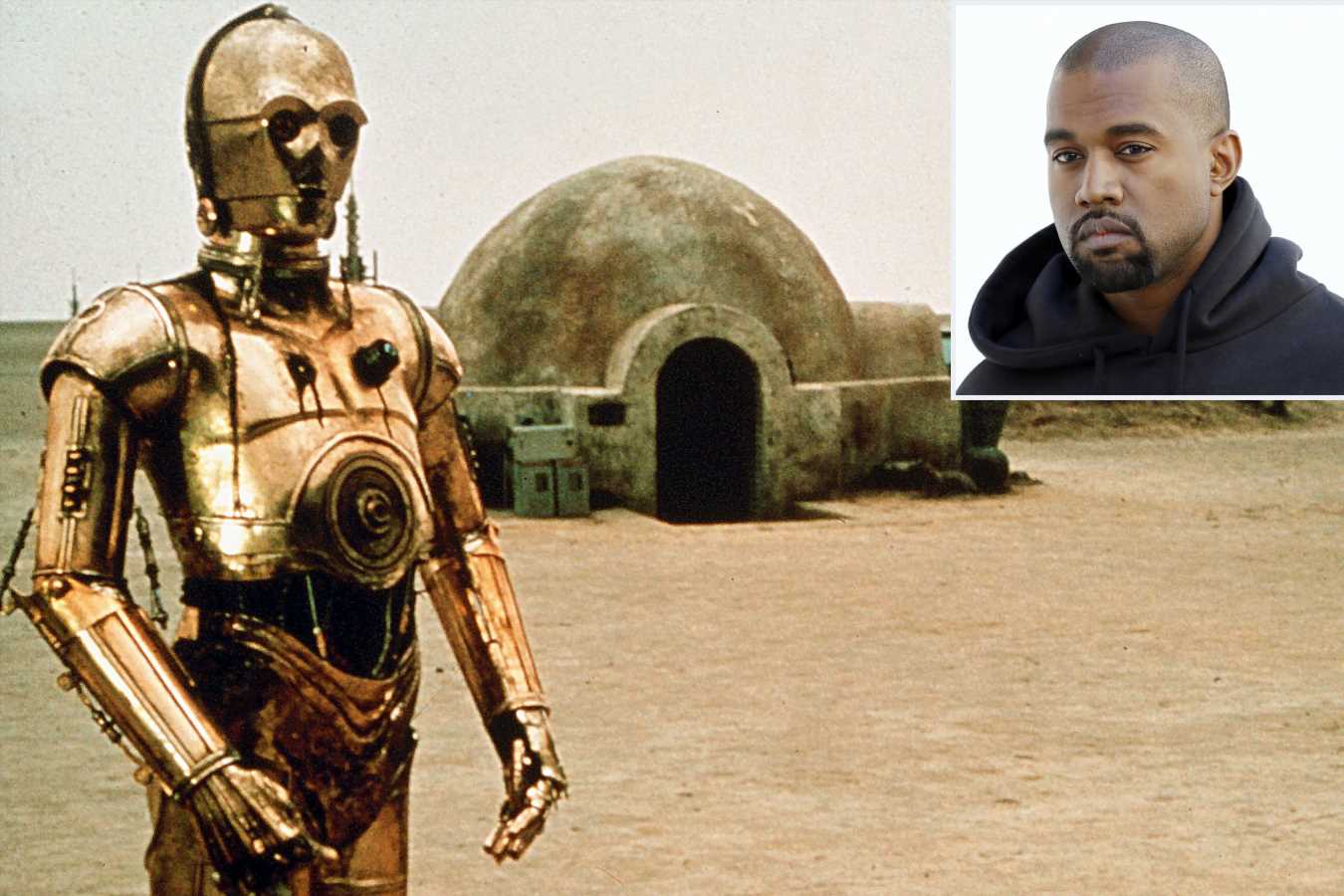 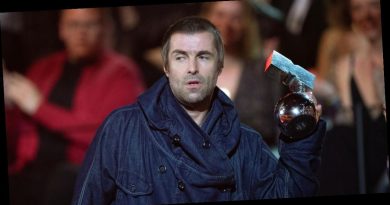