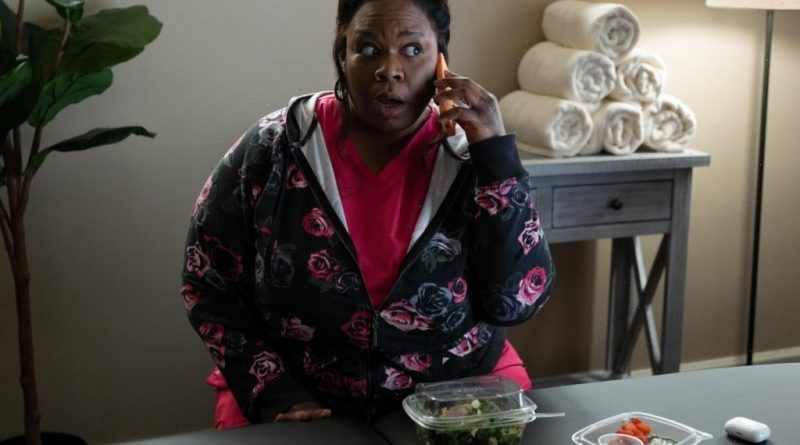 Yamaneika Saunders is having a moment in her life, and leaning into all the love that’s coming her way. The beloved standup comedian who’s been featured on Comedy Central, NYC’s Comedy Cellar, and more stars alongside Amy Schumer in the Hulu series Life & Beth. Coming from the difficult, often lonely, world of standup comedy, Saunders spoke to SheKnows about finding camaraderie, connection, and love in a story about reinvention.

“This show is just about love,” Saunders told SheKnows in our exclusive interview with the Life & Beth scene-stealer. “This show is about — you lose love, you can get love, but make sure that you have a love that fulfills you, that makes you feel good.” In the series, Saunders plays Maya, Beth’s (Schumer) longtime BFF dating all the way back to their time as preteens. After a devastating loss, Beth heads back to Long Island, and begins to piece her new life together, while addressing the pain of her past.

As one of Beth’s longtime friends, Maya holds a special place in the series, and Saunders got to the heart of that important relationship. “The complexity of Maya is that she has it all together, but then also doesn’t. She’s somebody that has to be strong.” What Saunders does is pull the strength of Maya, and her own resilience, into a performance that embodies so much more than just the archetypal friend. Maya is one of the most important pieces to Beth’s life, leading her own fulfilling existence. Read on for our full conversation with Saunders below!

SK: Tell me about approaching your character. Was it a collaborative effort with Amy or were you able to build this woman from the foundation up?

Yamaneika Saunders: Amy already had it together. Obviously, it’s her story and scripted show. But the beautiful thing about Amy and what I love about our relationship — and the relationship that I see with her and other comedians — is that she lets you bring your humor to whatever is happening. And that’s very rare, especially in a business where being funny is key.

Sometimes, people get intimidated when they’re around people who are funny as well. And with Amy, it’s always an encouragement to be the funniest you can be, the best you can be. If you do something and she likes it, she will incorporate it. And it’s just beautiful to work like that because sometimes you get in a space where you’re working and you’re timid, somewhat, because you don’t want to overstep your [boundaries]. But she just gives you such a family vibe and such a familiar vibe that it’s just so great.

SK: What popped off the page for you about this story, about your specific character in the story as well?

YS: It’s going to sound like the same talking point, but I just love working with Amy, and I like working around her. I like seeing her mind — I don’t think people give her enough credit for how her mind works and the way she sees humor. To be in that space and to see that happen, who wouldn’t want that opportunity to be there? I was very appreciative of that.

But to add my own stake to the character, really see it and go, “I want to be that because that’s the type of friend I want to be in real life.” And I think that’s the type of friend that I am. I am that friend that’s going to encourage you. I’m also that friend that’s going to tell you the truth. And when it’s time for us to cut to the chase and really deal with it, we’re going to deal with it. And then when it’s time for us to have fun, we’ll have fun! 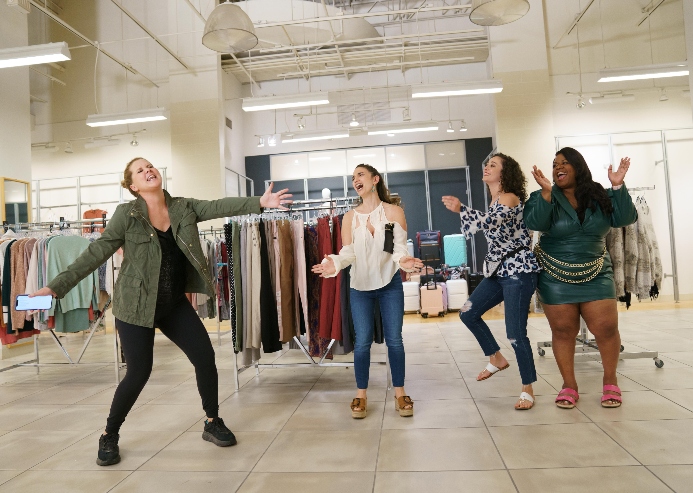 The complexity of Maya is that she has it all together, but then also doesn’t. She’s somebody that has to be strong, and has to be there for so many different people, but also wants somebody that’s there for her. When she has that moment to have somebody that comes in and, as untraditional as it may seem, it’s very accurate for what she needs in her life.

This show is just about love. This show is about — you lose love, you can get love, but make sure that you have a love that fulfills you, that makes you feel good. I’ve been dealing with that in my own life, not just romantic relationships but friendships, family. As we get older, we have to start to really determine who we want in our space. Who’s going to help our universe move in a good way and start shedding things that are holding us back?  It’s a lot of [Beth] shedding the things that she doesn’t need, picking up the things she thought she didn’t, and then rediscovering new things that she does need.

SK: This series puts a lot of emphasis on the bonds between women. What do you think the show says about Maya and Beth’s relationship especially and how they show up for one another?

YS: It’s a relationship that I think, if people look at it, it could be a white woman and a Black woman who have a friendship. And I think the beautiful thing about it is we’re just women in this. [Amy and I] were both very conscious — we’re not trying to play any roles. This is how we interact as women, especially in standup.

It’s very hard for women in standup comedy and it’s a very lonely career. It can be isolating. And then you have a lot of people who have opinions about what you should and should not be doing (most of them men). And as women, we have to show up for each other as female comedians a lot of times and have conversations and be supports to one another, put aside differences sometimes just to be there. That relationship is very layered.

It’s a friendship, but it’s also — the women that I work with, I want us to interact this way and be supportive. This is how I want the women in my family [to be] because it doesn’t have to be such a union of women caddying against each other. We can be there for one another and we can have fun while doing it and look good and have laughs. And other people can look at that experience and have fun and have laughs, too.

SK: We get to see Maya and Beth’s relationship from the very start when they were kids, and then as adult women. What do you think those years in between looked like for them?

YS: I think it was growth. I don’t want to give too much away…but for me, we watch these relationships move, and we just pick up from where they reconnected. But the through-line is going back and seeing a lot hasn’t really changed in terms of personality. We just watch them become adults and then we still see the children in them. 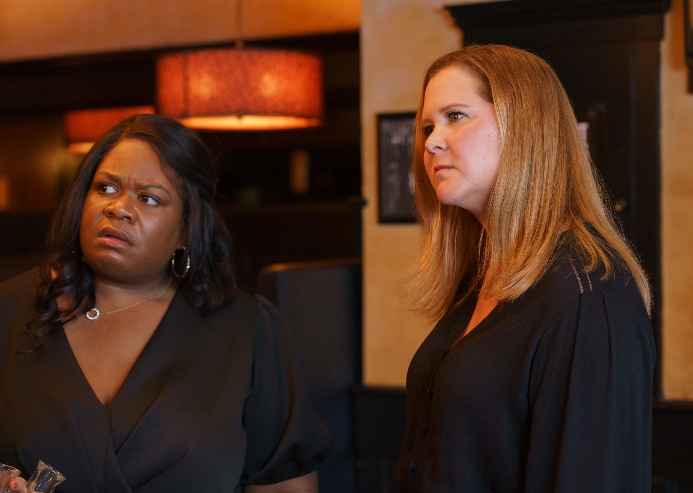 You get to see Maya being sort of like, “Hey, girl, that’s not a big deal. That’s fine. So what? This happens, that’s fine.” And you get to see Beth being very thoughtful, very vulnerable, very emotional, very connected to all these things that are happening to her, even at a very young age and having to process them.

There are a lot of twists and turns that happen throughout her childhood. So, when people go back and they watch this, I want them to look at not only Beth as an adult, but really take a look at Beth as a child. Put yourself in those moments and say, “When I was a child, if I had experienced this, where would I be? What would I be thinking?” There are a lot of different issues that we’re dealing with. That’s the great thing about Amy. She always does something that connects somewhere back to humanity.

SK: You’ve been doing standup for so long, and it feels like now you’re finally having this huge moment with Life & Beth. What are you most excited about for the future?

I’m just excited for people to see [Life & Beth]! It’s such a process. These things seem overnight for everybody else, but we tape it, they edit it…it’s like waiting for prom! It’s so exciting. For me to compartmentalize and then look at beyond that, it’s so hard.

This moment is such a polarizing moment for me, right now. I’m just so excited to be part of it. I’m just really grateful. This business is a lot about “no.” Or people saying, “You’re not right” for something. I’m just so grateful that I had an opportunity to do this and to play a character that is really somebody that is a support.

We don’t acknowledge how beautiful it is to be a support system in somebody’s life that they trust you and your opinions. They trust what you think and they go to you when they are feeling one way or the other. I take a lot of joy in that, and I want to be that. I think I’m that in real life but [playing Maya] just made me look at it more, and go, “I want to be more. I want to be the person in other people’s lives that makes other people see how beautiful they are.”

SK: I was going to ask, is there a part of Maya you hope to hold on to, a quality you love about her, but I feel like you just answered that!

It would definitely be that. I also just wanted to say what’s so important is you’re watching a woman going into her 40s. And the generations are different; times have changed. I like how women who are going into their 30s, 40s, 50s, and beyond now are not just lying down. 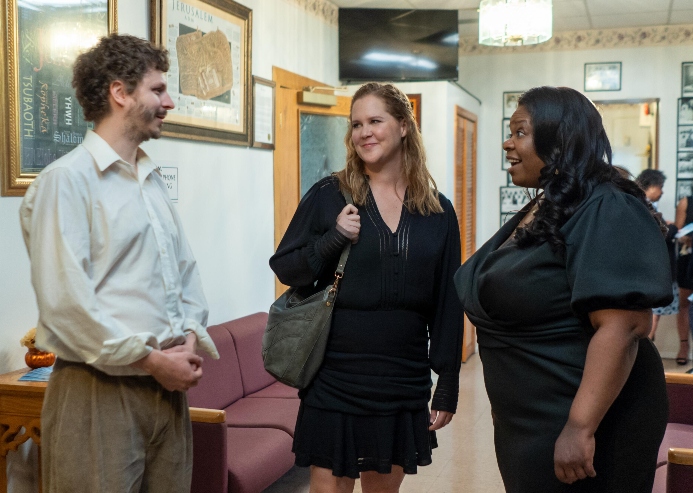 We’re putting a vibe in our decades and we’re determining what our decades are. Back in the day, no one would allow a woman to have this type of introspection about who she is and who she’s going to be. Beth’s story is far from done. It’s just getting started.

SK: So, what do you think date night for Maya and Shlomo would look like?

Well, I definitely think we would curl up on the couch and just watch movies and laugh. Gary Gulman, who plays Shlomo, is such a cool dude! I love being around him. It would just be talking, television, and laughing. And those are really the best relationships. It’s just great to just have a partner you can just chill in the house with, and just be in each other’s presence with no pressure.

Before you go, click here for the best movies to watch with your BFF. 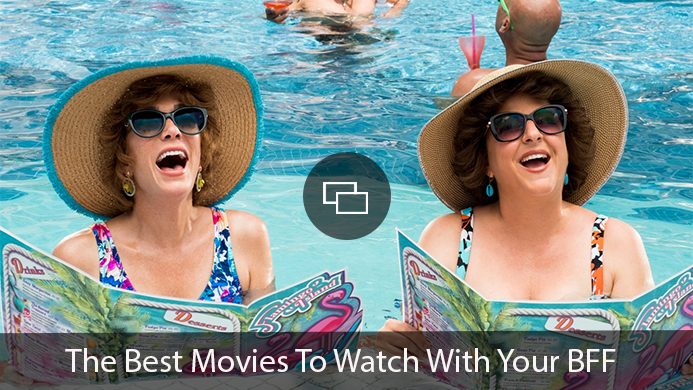 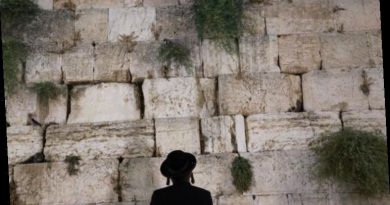 Yom Kippur greeting – what to say: How to say happy Yom Kippur 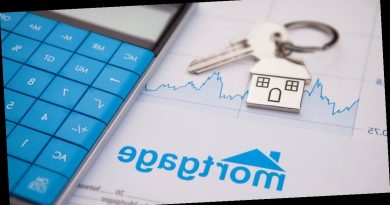 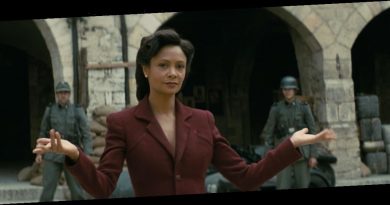