A critically wounded veteran got to enjoy this Memorial Day in a fully customized, mortgage-free Smart home.

Memorial Day means a great deal more than just a bank holiday and get-togethers with neighbors. It is a time when Americans honor and remember the men and women who have sacrificed so much for our country. One man in particular, has put the term sacrifice to the truest of tests. Retired Army Sgt. Rick Yarosh was trapped in a Bradley military vehicle on September 1, 2006 when an IED collided with the vehicle’s fuel tank, filling the Bradley with fire. As a result, Yarosh suffered extreme burns over half of his body plus the loss of his right leg, multiple fingers, part of his nose and both ears.

According to Fox News, Yarosh joined the Army as a Scout in 2004 after becoming inspired by the story of a fallen solider who had grown up near his hometown of Winsor, New York. Yarosh was deployed to Iraq in 2005. Less than a year later, his world would change forever. Despite facing pain, surgeries, physical therapy and adjusting to a new normal, Yarosh has remained positive – to put it mildly.

He has dedicated his life to spreading his message of H.O.P.E. (Hold On, Possibilities Exist) with public speaking engagements. Yarosh speaks to auditoriums full of students and banquet halls packed with executives to small groups of young athletes, inspiring each of his listeners with his story that he insists is not a tragedy. In fact, Yarosh says that he is the happiest he’s ever been now.

Recently, just in time for Memorial Day, the Tunnels to Towers Foundation, an organization that provides free customized specially designed Smart homes to seriously injured veterans, gifted Yarosh with a beautiful home for the veteran, his wife and child. Smart homes mean automatic doors and lighting, halls, doorways and showers that accommodate wheelchairs, cupboards and kitchen surfaces that can easily be raised and lowered, heating and air that can be controlled on phones or tablets and just in case, back-up generators.

NEXT: HOW SMART HOME TECH WILL MAKE YOUR HOUSE AWESOME

The Tunnels to Towers Foundation was pleased to present their latest Smart home to the very deserving and grateful recipient.

And yet, despite being called a hero who has sacrificed for his country, Yarosh remains humbled to the core.

“I don’t believe I’ve sacrificed a single thing. I have gained a thousand times over what I have given up,” Yarosh said.

You can donate to Tunnels to Towers or learn more about the program and the different ways this worthy cause is working hard to make a difference in the lives of those who have valiantly served us.

Happy Memorial Day from all of us at TheRichest and thank you to those who have, and are serving. 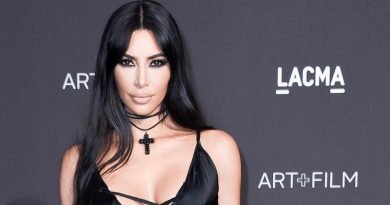 Want to be a social media influencer? There's a degree for that now 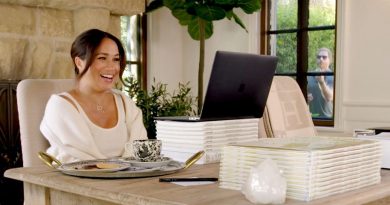 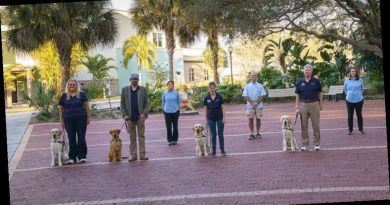