Home » Lifestyle » Which Celebs Go Dating couples are still together from the latest series? 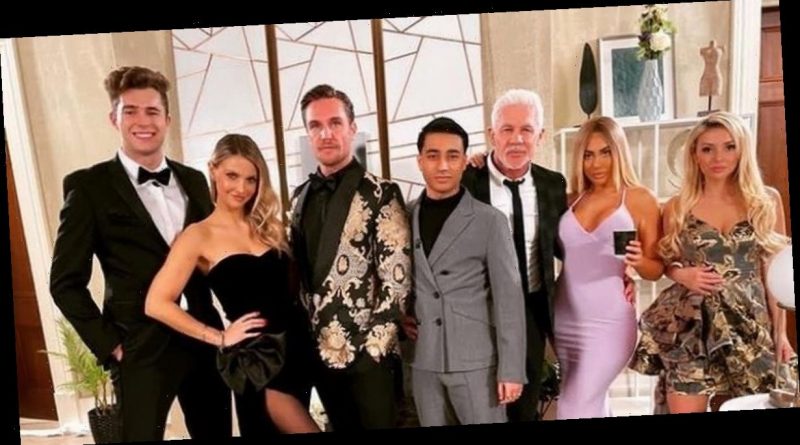 Celebs Go Dating: The Mansion came to an emotional end at a commitment ceremony.

Four weeks in the grand Surrey mansion saw the celebs and singles face a series of dramas, dilemmas and dates on the E4 show.

But which couples have stood the test of time and stayed committed to each other on the outside? Let’s take a look…

Despite Karim having his head turned by new girl Carla, he and Whitney hit it off and shared a series of dates which led them to spending a night away in a private cottage.

The playful duo, who had their fair share of ups and downs in the Mansion, committed to each other at the ceremony but their relationship ultimately could not last the distance.

However Whitney and Karim are still following each other on Instagram – so who knows what the future holds?

The former Coronation Street actress said she was open to dating both men and women while on the show, but it was Shane who eventually caught her eye.

Shane declared that he had fallen in love with Kimberley at the committal ceremony with the actress responding: “For every single second and minute passing, I'm developing more and more feelings for you.”

And the loved-up pair even moved in together after the Mansion and watched the series back together – so sweet!

The actress, who played escort Nicky Wheatley on the soap, recently confirmed their relationship with an adorable post to her Instagram, captioned: “Hey Insta. Meet the fella.”

Kimberley looked stunning as she sat on the Mansion staircase in a flowing red gown while Shane, who looked dapper in a navy tailored suit, gazed down at his love.

The brother of Gary Lineker decided to couple with Billie-Jean Blackett ahead of the masquerade ball and sent Jodie home.

Billie-Jean appeared smitten and revealed she ‘really liked' Wayne after admitting the pair had grown closer in the Mansion.

And Wayne stunned his fellow housemates when he hinted he wanted to "marry" Billie-Jean during a compatibility game on the show.

The pair committed to each other at the ceremony with Wayne citing how the pair had “such a strong connection” with the club owner even introducing Billie-Jean to his family.

However, their whirlwind romance came to an end and the pair are now just friends while still following each other on Instagram.

The pair shared a spark on their first date with the former TOWIE star describing gymnast Shannon as “beautiful”.

However Joey appeared on Good Morning Britain ahead of Valentine’s Day where he told hosts Ben Shepherd and Kate Garraway he had grown a beard in a bid to attract a girl.

Curtis Pritchard, 25, chose Daniella to stay in the mansion but ultimately revealed that he wanted to stay single at the Commit or Quit ceremony.

“I think I want to stay single. I'd be lying to myself and to you if [I said] I want more than just a friendship,” the Love Island star told Daniella in front of his fellow housemates.

Tom Zanetti, 31, and Sophie Hermann, 34, have continued their romance outside of the Mansion.

Despite agency rules stating that the celebrities should not date each other, the chemistry between the Love Island DJ and the Made in Chelsea star made them the talk of the series.

The reality star shared the news during an Instagram Live with co-star Chloe Ferry last Tuesday.

The Geordie Shore star said: "I'm really enjoying watching you and Tom, it's really nice to see, very cute. Can I be a bridesmaid? Will there be cake?"

To which Sophie replied: "We're cute, right? If we get married, absolutely bridesmaid number one."

The pair then accidentally revealed they spent Valentine's Day together on their Instagram stories.

Tom tried to hide Sophie's identity, however, fans of the show were quick to clock the Made in Chelsea star's rings and painted nails.

Geordie Shore star Chloe Ferry, 25, choose to couple up with Kieran Bishop who managed to beat the competition and stay in the Mansion.

While Chloe admitted that she didn’t immediately have any sexual chemistry with Kieran, they seemed to be on track to finish the series as a couple.

And a source told The Sun: "Chloe loved Kieran's energy from the moment she met him but it took a while for her to realise how much she liked him.

"At the start of the process, she was relishing the attention she was getting from all the male suitors. It wasn't until the final stages that she realised Kieran is exactly the type of guy she needs."

However, when OK! caught up with Sophie Hermann last week, things didn’t sound good for the couple.

Although she didn’t say for certain, Sophie definitely hinted that the couple have since parted ways during our exclusive chat.

"Is she?" Sophie replied before stumbling over her answer saying that she couldn’t speak for anyone else’s relationship.

“I don’t know about that, I can’t speak for Chloe!” she told us before quickly changing the subject. 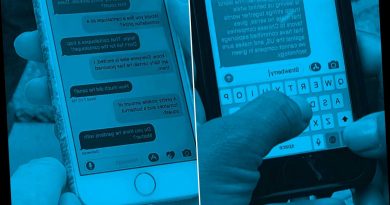 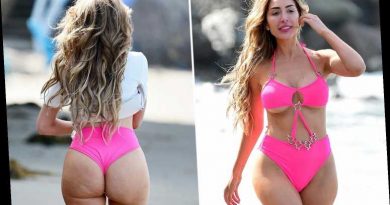 Teen Mom Farrah Abraham celebrates 29th birthday in a thong bikini at the beach with daughter Sophia, 11 – The Sun 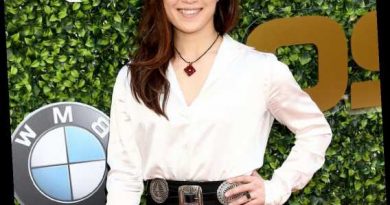 Olympic Karate Athlete Sakura Kokumai Was Target of Racist Rant While Training at Park: 'I Was Scared'