Home » ‘We can’t plan for our future’: Couple in marriage limbo with visa but no travel pass

Lee Clayton and her fiance David Ambuso have seen three wedding dates come and go while they are stuck 12,500km apart.

The couple is caught in a bureaucratic nightmare because of Australia’s international border closure, with the government granting Mr Ambuso a visa to marry Brisbane-based Ms Clayton but refusing him the exemption to travel from Kenya to do so. 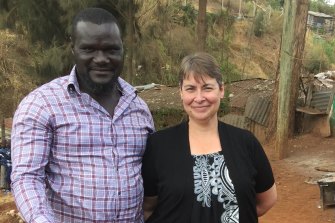 The government has granted David Ambuso, from Kenya, a visa to marry his fiance Lee Clayton but has rejected five applications since April to travel to Australia.

Long processing times mean people who lodged prospective marriage visas well before the coronavirus pandemic began are only now having them approved. But fiances are not considered family under Australia’s travel exemption rules.

Mr Ambuso’s visa was approved in April, nearly two years after it was lodged in May 2019. Its conditions give him 12 months to enter Australia to marry and he and Ms Clayton cannot wed overseas. But Australian Border Force has so far rejected five applications since April for Mr Ambuso to travel to Australia.

Ms Clayton said the psychological and emotional toll on the couple was huge.

“It’s so hard. His stepmother died last week and I can’t give him a hug and console him. I’m on the verge of tears all the time,” she said. “We’ve arranged three wedding dates and they’ve all gone. So we can’t plan for our future.”

She’s worried about what will happen if Mr Ambuso can’t get to Australia before his visa expires, with international borders expected to stay closed to most people until mid-2022.

“They’ve spent almost two years verifying that we’re in an ongoing, genuine relationship,” she said. “Are they going to refund the money, do we have to go through the whole two-year visa process again? What happens? I mean, I’m nearly 47. We’re not young people.”

Home Affairs processes the visas while Border Force is in charge of travel exemptions.

The government extended the visa period until the end of March 2022 for people who held prospective marriage visas between October and December but were stuck outside Australia. It has also extended the visa validity period to 15 months, from nine months pre-COVID, although Ms Clayton said she and Mr Ambuso hadn’t been told why his visa runs for only 12 months.

“Unless there are compelling and compassionate reasons to travel to Australia, fiances (including holders of prospective marriage visas) are not exempt from travel restrictions, as they are not immediate family members,” a Border Force spokesperson said.

“[The government] continues to monitor the situation and review the settings for various visas, including the prospective marriage visa, to respond to the challenges posed by COVID-19 and minimise adverse impacts on visa applicants and holders.”

A petition asking for overseas-based parents of adults living in Australia to be considered immediate family for travel exemptions garnered more than 70,000 signatures last month.

Separate data from Border Force, reported in this masthead, show just 8 per cent of applications for travel exemptions on compassionate grounds were granted between August 2020 and March 2021. 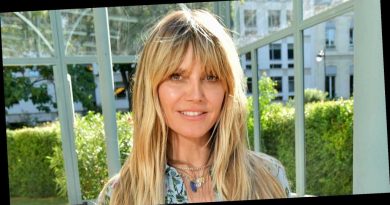 Heidi Klum Has Been Using This Under $20 Moisturizer for Years 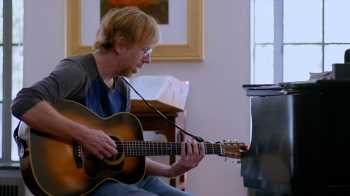 Film Review: Trey Anastasio in ‘Between Me and My Mind’ 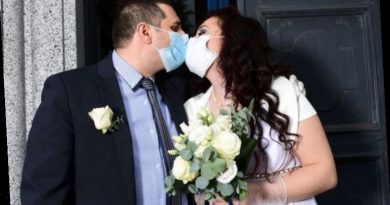 Wedding rules: What are the rules for weddings in Tier 1, 2 and 3?