The Torino Film Festival, Italy’s pre-eminent event for young directors and indie cinema where Matteo Garrone and Paolo Sorrentino screened their first works, is celebrating its 40th anniversary this year with film critic Steve Della Casa – who previously served as the fest’s artistic director from 1999-2002 – back at the helm.

Della Casa, who is also a national radio personality and documentary director, has chosen to open the Nov. 25-Dec. 3 fest with a musical and visual extravaganza focusing on a specially made montage centered around the Beatles and The Rolling Stones and their love for cinema that led them to work with the likes of Jean-Luc Godard, Jonas Mekas, Wim Wenders and Martin Scorsese. The fest’s eclectic opener is a 70-minute patchwork of film clips, interviews, and rare archive materials celebrating the vibrant ties between pop and rock music and movies.

Della Casa spoke to Variety about his vision for Torino and his effort to bring the fest back to its pop culture roots.

Steve, talk to me about the opener. I think it stands for something.

I hate opening and closing ceremonies and I hate picking the opening film because if you choose a mainstream movie you piss of the cinephiles and vice-versa. So I went disruptive and decided to go with the Beatles and the Stones who are both mainstream bands, but who both intersected with cinema in notable ways, from Godard, Wenders and Scorsese to James Bond.

I wanted to give a clear signal that we are a pop culture festival. This doesn’t mean dumbing it down, but it means having fun even with themes that have plenty of gravitas. I’m just trying to get away from the auteur cinema ghetto.

It’s a total novelty for Torino. If you look at our international competition we’ve drawn largely from other festivals. But instead the horror films in Turin are all premieres thanks to our close rapport with the Ventana Sur film market’s Blood Window section. Even though we are not a top-tier festival, I want us to become a standout in this genre, just like Sitges and the Brussels International Fantastic Film Festival. I want us to be part of that circuit.

What are the horror films premiering in Turin that you consider standouts?

One is Mexican director Louis Madoki’s “Presencias,” which is a sophisticated psychological thriller and not a gory movie with bad effects. Another is Italian supernatural thriller “Pantafa,” starring Kasia Smutniak (“Domina”) [as a single mom named Marta whose daughter Nina becomes haunted at night] that is set in a mountain village in the Italian South. The films in this section are all rather small, but all quality works. Rather than films with big effects, I like horror films that are anchored to a story. I’m a fan of George A. Romero and John Carpenter, who were both my guests during my previous mandate as Torino chief.

Speaking of this year’s guests, you’ve got Malcolm McDowell, who is a nice catch.

Yes, he is coming to celebrate the 50th anniversary of “A Clockwork Orange” and to get an award. But more to the point Malcolm is a perfect example of someone who has done auteur cinema and also more popular genres such as TV series. He had to bend over backwards to carve out four days to come to Turin. But I’ve also got Paolo Sorrentino, Toni Servillo and Mario Martone. And they are all doing master classes. We ask talents who come to Turin to come not just for the red carpet, but to participate and engage with the audience. That’s what this fest is about. 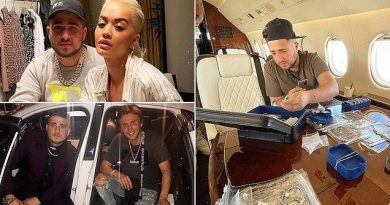 How 'Richie Rich' Richard Nektalov became a jeweller for the stars 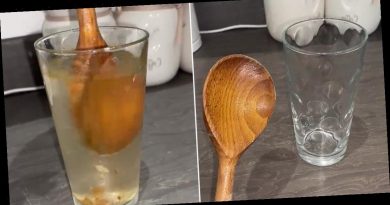