Home » This unconventional tummy workout is viral on TikTok, but fitness experts warn people to ‘be careful’

There’s a wacky workout that has taken TikTok by storm, but is it worth the hype?

A user known only as @janny14906 has gained more than 4.2 million followers for videos she posts of a trusting, dance-like workout class in which she claims is “absolutely 100% effective in reducing belly fat.”

In one video post that has been liked more than 1.3 million times, the caption says results can be seen in a month if done for five minutes a day. Other accounts like @sporttothin have popped up sharing videos of the technique to their nearly 1 million followers.

But the move likely isn’t all it’s cracked up to be, say fitness experts.

Morit Summers, personal trainer and founder of Form Fitness Brooklyn, describes the move as a “very aggressive hip thrust” that could be dangerous, especially to the lower back.

“I actually think that if you do that too much you could potentially cause some real spinal and nerve pain,” she said. “I would just want people to be careful and maybe change it up a little bit.”

Erin Schirack, fitness instructor and co-founder of streaming fitness platform CHI-SOCIETY, says there is some validity in the sense of the move itself, which she describes as a “pelvic tuck,” which can “help loosen up the lower back and find engagement in the lower abs.”

The way it’s done in this viral class, she says, is not proper form.

“That format is so wild and out of control that it causes it to actually be completely ineffective,” she said. “(It’s) not done in a safe manner.”

As long as you enjoy the skinny come together.##exercise##fitues##abdominales##abs##gym##fit##workout##ejercicio##core##ejerciciosencasa

Schirack also says the claims about targeting the stomach area need to be busted.

“If anybody ever tells you that a move or an exercise is designed to target something, they’re using it as a marketing tool,” she said.

While there are moves that can help strengthen a certain area, she says it’s a “complete myth” that someone can minimize the size of a certain body part with just one move.

Some people who have tried out the movement have posted about seeing results themselves, though. User @melofficial97 shared a video that compared her progress after a month, where she showed off a more toned tummy. In another video, she writes, “this workout is legit.”

Summers explains this is likely overall weight loss in the body due to increased movement, not stomach fat being specifically reduced as a direct result of this workout.

“If you’re someone that’s been very sedentary, and you are motivated by this trend to get up and move, then yes, you’re going to see a change in your body, because you’re suddenly adding activity,” she explained.

Summers says the seeming simplicity of the move could have attracted people who haven’t been working out much throughout the past year.

“It looks rather easy, right? She’s more or less standing in place and just kind of moving her hips. So I think if you haven’t been doing much and you’re like, ‘Oh that looks like something I can do.’ That’s one piece of it,” she explains.

Schirack thinks the workout has also gained traction due to “the ridiculousness of the move.”

“People think the more ridiculous an exercise is and more complex or silly it looks, they think it must be that secret target to effectiveness,” she said.

Users obsession with the workout may also be amplified from a desire to get in shape for post-pandemic life.

As vaccines have rolled out across the country, trainers say they’ve seen significant increases in clients aiming to look their best by the time the world fully reopens.

Though fitness and mental health professionals agree a healthy lifestyle is a worthy goal, they caution against quick physical transformations – especially after a year that was traumatic for so many.

“You can’t just jump right back into working out six, seven days a week like you did in the beginning,” Noam Tamir, founder and CEO of the New York City gym TS Fitness, told USA TODAY in March. “You’ll burn yourself out, you can get injured, you can stunt your progress because you’re just doing too much.”

‘I was living in hell’: COVID’s triggers push some with eating disorders to finally get help 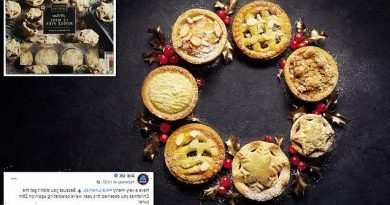 Aldi delights shoppers with return of mince pies ahead of 'Junemas' 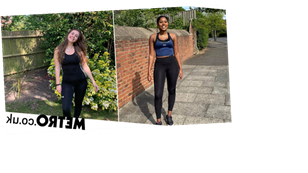 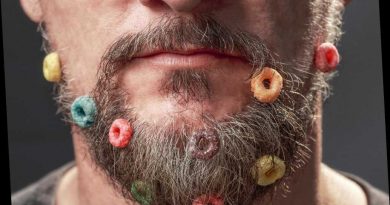