Home » ‘There’s a dark side to it’: young TikTok stars burning out and breaking down

Lately, it’s been hard for Jack Innanen, a 22-year-old TikTok star from Toronto, to create content. “I feel like I’m tapping a keg that’s been empty for a year,” he said.

Spending hours shooting, editing, storyboarding, engaging with fans, setting up brand deals and balancing the many other responsibilities that come with being a successful content creator have taken a toll. Innanen, like so many Gen Z influencers who found fame in the past year, is burned out. 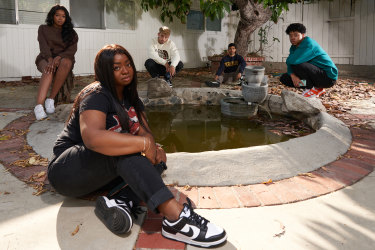 Young TikTok creators are struggling with the many challenges and responsibilities that come with building and monetising a following online.Credit:Michelle Groskopf/The New York Times

“I get to the point where I’m like, ‘I have to make a video today,’ and I spend the entire day dreading the process,” he said.

He’s hardly the only one. “This app used to be so fun,” a TikTok creator known as Sha Crow said in a video from February, “and now your favourite creator is depressed.” He went on to explain how his friends are struggling with mental health problems and the stresses of public life.

The video went viral, and in the comments, dozens of creators echoed his sentiment. “Say it louder bro,” wrote one with 1.7 million followers. “Mood,” commented another creator with nearly 5 million followers. 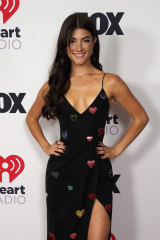 With 117 million fans, Charli D’Amelio, 17, is TikTok’s biggest star but she says she’s lost the passion she once had for creating content. Credit:AP

According to a recent report by venture firm SignalFire, more than 50 million people consider themselves creators (also known as influencers), and the industry is the fastest-growing small-business segment, thanks in part to a year where life migrated online and many found themselves stuck at home or out of work. Throughout 2020, social media minted a new generation of young stars.

Now, however, many of them say they have reached a breaking point. In March, Charli D’Amelio, TikTok’s biggest star with more than 117 million followers, said that she had “lost the passion” for posting content. Last month, Spencewuah, a 19-year-old TikTok star with nearly 10 million followers, announced he’d be stepping back from the platform after a spat with BTS fans.

“A lot of older TikTokers don’t post as much, and a lot of younger TikTokers have ducked off,” said Devron Harris, 20, a TikTok creator in Tampa, Florida. “They just stopped doing content. When creators do try to speak out on being bullied or burned out or not being treated as human, the comments all say, ‘You’re an influencer, get over it.’ ”

What goes up, comes down

Burnout has affected generations of social media creators. In 2017, Instagram influencers began leaving the platform, saying they were feeling depressed and discouraged. “No one seems to be having any fun anymore on Instagram,” a contributor to the blog This Is Glamorous wrote at the time. 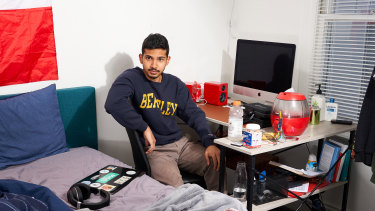 Walid Mohammed, 21, moved into the five-bedroom house in LA with other Gen Z creators in May. Credit:Michelle Groskopf/The New York Times

In 2018, Josh Ostrovsky, an Instagram creator known as The Fat Jew, who had also spoken about burnout, echoed those sentiments. “Eventually there will be too many influencers, the market will be too saturated,” Ostrovsky said.

That same year, many large YouTube creators began stepping away from the platform, citing mental health issues. Their critiques centred on YouTube’s algorithm, which favoured longer videos and those who posted on a near-daily basis, a pace that creators said was almost impossible to meet. YouTube product managers and executives addressed creators’ concerns and promised a solution.

But problems with burnout in the creator community are endemic. “If you slow down, you might disappear,” YouTuber Olga Kay told Wired in 2014.

When a fresh crop of young stars began building audiences on TikTok in late 2019 and early 2020, many were hopeful that this time would be different. They’d grown up watching YouTubers speak frankly about these issues. “When it comes to Gen Z creators, we talk so much about mental health and caring for yourself,” said Courtney Nwokedi, 23, a YouTube star in Los Angeles. “We’ve seen a bunch of creators talk about burnout in the past.”

Still, they weren’t prepared for the draining work of building, maintaining and monetising an audience during a pandemic. “It’s exhausting,” said Jose Damas, 22, a TikTok creator in Los Angeles. “It feels like there aren’t enough hours in the day.”

“TikTok is just as demanding as YouTube,” said Gohar Khan, 22, a TikTok creator in Connecticut.

Thanks to the app’s algorithmically generated “For You” page, TikTok delivers fame faster than any other platform; it’s possible to amass millions of followers within a matter of weeks. But as quickly as creators rise, they can fall.

“It almost feels like I’m getting a taste of celebrity, but it’s never consistent and as soon as you get it, it’s gone and you’re constantly trying to get it back,” said Lauren Stasyna, 22, a TikTok creator in Toronto. “It feels like I’m trying to capture this prize, but I don’t know what the prize even is.”

The volatility can be rattling. “When your views are down, it affects your financial stability and puts your career at risk,” said Luis Capecchi, a 23-year-old TikTok creator in Los Angeles. “It’s like getting demoted at a job with no warning.”

Creators have encountered all kinds of problems, including bullying, harassment and discrimination. “Some creators get their content stolen too, so someone else will go viral off their content then they get all the press,” Harris said. Not to mention, fan communities and internet commentators can be vicious. “You can’t just film what you want to film,” Harris said. “They’ll make fun of you if your views drop.”

“I do worry about my longevity on social media,” said Zach Jelks, 21, a TikTok creator in Los Angeles. “People just throw one creator away because they’re tired of them,” he said. 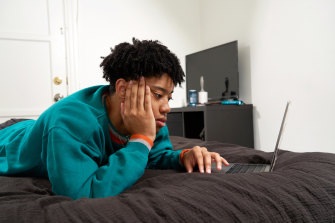 No one has benefited from the creator boom more than the technology industry. After more than a decade of largely snubbing influencers, in the past year, high-profile investors have done an about-face. Venture capitalists in Silicon Valley are now pouring money into creator-focused startups, and platforms themselves have begun to compete for talent.

“The oversaturation and this push for everyone to be a creator seems disingenuous,” Innanen said. “It seems like a cash grab. It makes me feel very disposable, which maybe I am. It’s just next, next, next.”

Creators also operate without the type of traditional employment protections and benefits that come with many salaried jobs. Some leaders in the creator economy, such as Li Jin, whose venture firm invests in the industry, have called for more sustainable monetisation paths for creators of all sizes. But most are left to fend for themselves or risk potentially exploitative management agreements.

“You’re completely self-employed, and it’s not like you can continuously make the same work,” Innanen said. “You have to evolve and adapt.”

“I feel like I can become washed up any second by an algorithm,” he added. 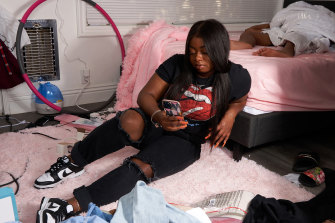 “There is a dark side to it,” said Jake Browne, 30, founder of the Go House, a content house in Los Angeles. “There’s all these investors and platforms, and they need creators to create content on a mass scale. It’s sort of, let’s get everyone to do it and we don’t care about them. The top 10 per cent will make us money.”

That pressure will soon feel familiar to more people who shun low-wage or unreliable work to pursue careers in the creator economy. Platforms like Substack and OnlyFans have arisen to sell the dream of entrepreneurship and independence to more people, many of whom have lost faith in more traditional sectors of the economy. 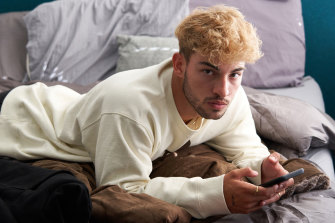 “I dropped everything to pursue this career in social media,” said Luis Capecchi, 23, a content creator who found fame on TikTok during his last semester of university in 2020.Credit:Michelle Groskopf/The New York Times

Walid Mohammed, 21, a manager for Gen Z creators who lives with Mitchell and several other social media stars, said that being in proximity to one another has helped them. “As a house we have meetings every morning at 10am to talk about this stuff,” he said. “We talk about stress and how we have to keep working, but that it’s important to take breaks, you just have to stay consistent. We try to cheer each other up.”

Innanen said that representatives from TikTok have been supportive when he has used the platform to speak out about mental health challenges and invited him to participate in a panel on the issue with other creators.

“We care deeply about our creators’ wellbeing, and take their concerns seriously,” a TikTok spokesperson wrote in an email statement. “We’re focused on understanding their individual content goals and experiences, and our teams continue to work to provide resources, support, and an open door for feedback.”

But even the most helpful platforms can’t alleviate the precarity that’s inherent to a creator’s job, or the pressure many creators put on themselves. “It feels like I personally am failing and may never recover if a video flops,” he said. The New York Times

In need of some good news? The Greater Good newsletter delivers stories to your inbox to brighten your outlook. Sign up here. 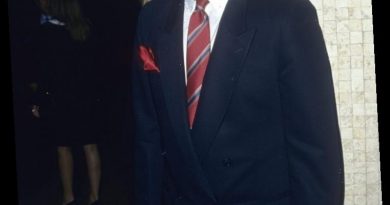 'The Young and the Restless': Did Original Jack Abbott Actor Terry Lester Quit Due to Lauralee Bell? 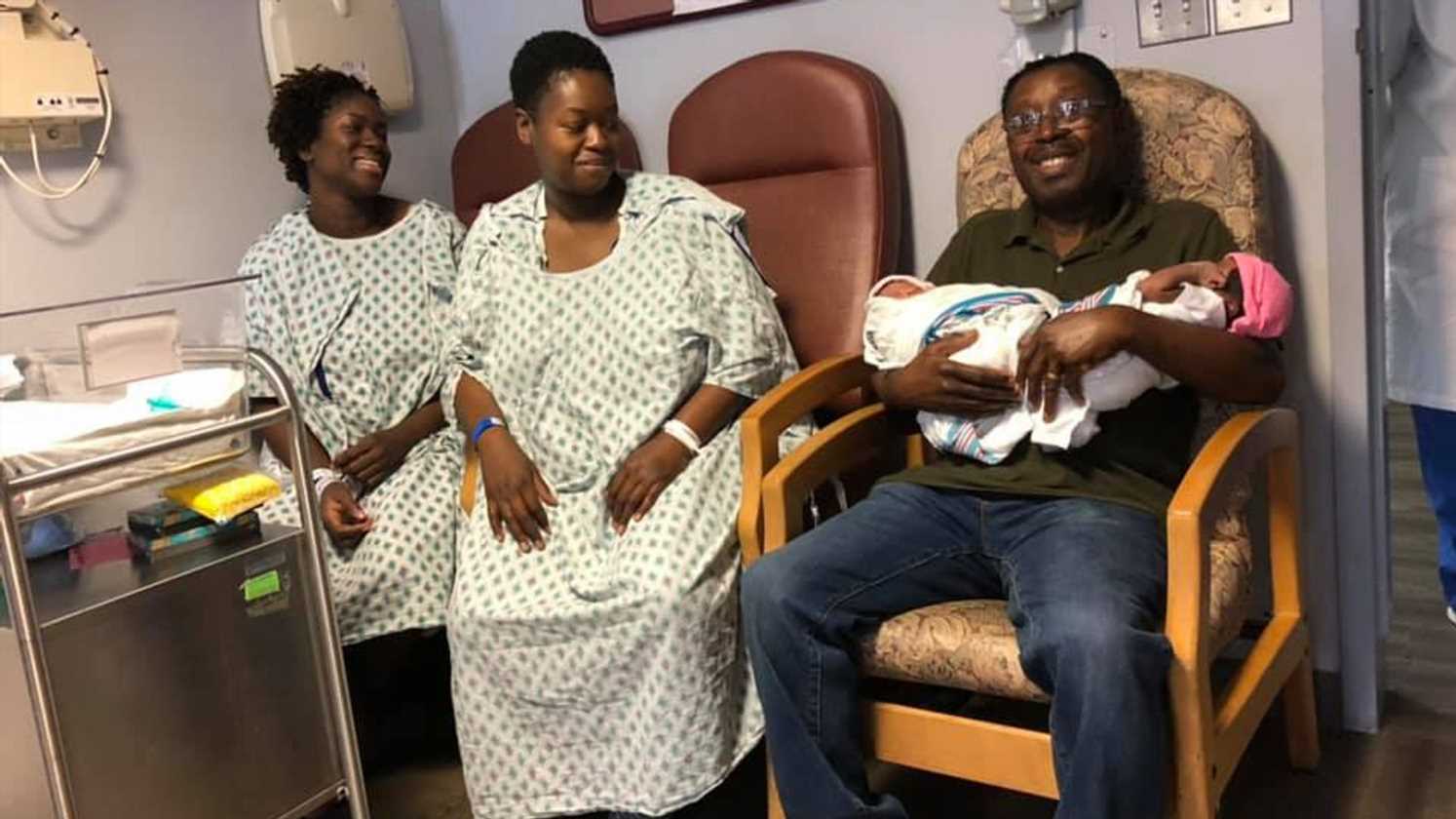 What are the odds? New York sisters give birth to baby girls on same day at same hospital 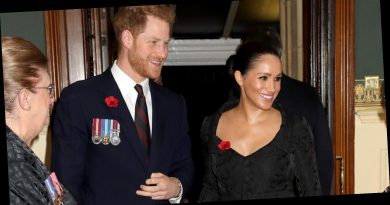 “We need to talk about these new Meghan Markle pregnancy rumours”