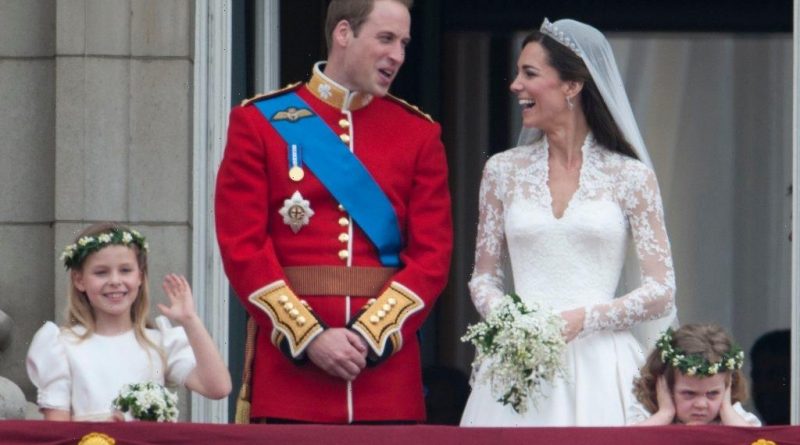 There have been many stunning royal weddings over the years, but Prince William and Catherine, Duchess of Cambridge’s wedding in 2011 remains one of the most iconic. The couple, who had been dating for close to a decade by the time that they tied the knot, got married in grand style, with millions around the world tuning in to watch the special occasion.

These days, Prince William and Middleton have three small children and are busier than ever with their royal duties. Still, fans can’t help but think back to the days when the couple had just met and were newly in love.

How did Prince William and Kate Middleton meet?

Prince William and Kate Middleton have been together for nearly 20 years, but there was a time when they were just two teenagers, getting to know each other. The couple first met in 2001, when they were both first-year students at the prestigious St. Andrews University. Prince William and Kate Middleton became friends right away, bonding over their mutual love of outdoor sports.

They didn’t start dating right away — in fact, it took some months before their relationship turned romantic. Once Prince William and Middleton did start dating, things weren’t exactly smooth sailing. After several years of being together, the two broke up in 2004, reportedly due to pressures caused by being in the spotlight.

They got back together, only to break up again in 2009. Many tabloids began speculating that Kate Middleton was getting tired of waiting for a marriage proposal. However, Prince William seemed to just be biding his time, for, in late 2010, the pair announced their engagement, and fans couldn’t wait until William and Kate’s wedding.

When did Prince William and Kate Middleton get married?

Fans and media outlets tracked the couple in the days leading up to Prince William and Kate Middleton’s big royal wedding. When the day of the royal wedding arrived on April 29, 2011, millions of viewers around the world watched the proceedings as they unfolded live on television.

From Middleton’s wedding dress, a classic wedding style featuring a long train and lots of lace to her flawless makeup, the newly-minted royal was the very image of beauty. Middleton’s dress remains a big influence on bridal fashion to this day, with many brides requesting a style similar to hers.

After the ceremony, Prince William and Kate Middleton, along with their bridal procession, stepped onto the balcony of Buckingham Palace to greet the crowd waiting below. Fans cheered for the new couple, waving and shouting in excitement. In spite of the overwhelming cacophony of the crowd, some eagle-eyed lip readers caught Prince William talking to his new bride.

What did William say to Kate on the balcony?

As the couple stood on the balcony of Buckingham Palace, Prince William and his wife chatted a bit about the crowd below them. According to lip-reading experts, Prince William said, “I hope I remember… It’s mad, it’s mad! Oh my goodness it’s really loud here — these people are clapping,” Prince William reportedly said and turn to his wife and said, “You look happy.”

After the presentation on the balcony, Prince William and Kate Middleton rode off in a decorated car, waving to their fans — and off to start their new lives together. Their love story is not only an example of true love within the royal family but one of the biggest pop culture moments of the century.

Prince Harry and Meghan Markle’s grand ceremony in May 2018 is widely considered to be one of the most important royal weddings in history. Not only did it mark a rare occasion when a member of the royal family married an American, but Markle was also known as a Hollywood actor as well, a divorcee who had built a career on her own terms.

These days, Markle and Prince Harry are no longer senior members of the royal family and are living out their new plan in California, along with their two young children, Archie Harrison, and Lilibet Diana. Still, fans of the couple often think back fondly to the days when Markle and Prince Harry were a newly-established couple in love.

How did Meghan Markle and Prince Harry meet?

It seems as though Meghan Markle and Prince Harry have been together forever, but in fact, they have only been together for a handful of years. The two first met in the summer of 2016, when Markle was at the height of her fame for her popular TV series Suits. They were set up on a blind date by a mutual friend and quickly hit it off. As Markle later recalled:

“I didn’t know much about him, and so the only thing that I had asked her when she said that she wanted to set us up, was … ‘Well is he nice?’ Because if he wasn’t kind, it just didn’t, it didn’t seem like it would make sense and so, we went and had a, met for a drink, and then I think very quickly into that we said, ‘Well what are we doing tomorrow? We should meet again.’”

The couple discovered that they had a lot in common, from their views on the world to their mutual interest in charitable endeavors, and by the end of 2016, fans everywhere were dying to know more about Markle and Prince Harry’s love story. They got engaged in November 2017 and revealed that they planned to tie the knot the following May.

In the months leading up to the big royal wedding of Prince Harry and Meghan Markle, fans and media outlets discussed how unique the marriage would be. Not only is Markle biracial, a fact that made her unique within the royal family, but she was also a divorcee — something that would definitely have been frowned upon only a few decades earlier.

Still, when the big day arrived, in May 2018, all eyes were on Markle, and when she stepped into full view, people were shocked at how stunningly beautiful the former actor looked.

How much did Meghan and Harry’s wedding cost?

The details of Meghan Markle’s wedding dress had been kept secret in the days before the wedding, so fans were definitely stunned to see how original her gown was. The dress, which featured clean lines and three-quarter-length sleeves, was designed by Clare Waight Keller and cost an estimated  $265,000, although some reports claim that the simple white dress was closer to $400,000.

Notably, the dress was the only major aspect of the wedding that was paid for by Meghan Markle — the tiara that she wore, the extravagant flowers, the food for the guests, and security, was all paid for by the royal family. Markle chose simple makeup and hair for her wedding day look, wearing her black hair in a low bun, with a few tendrils to frame her face.

Reportedly, the wedding of Prince Harry and Meghan Markle cost a total of $45 million, a chunk of which was likely funded directly by taxpayer contributions to the royal family. As expensive as the wedding was, however, for the millions of fans who watched the ceremony from all over the world, it was certainly worth it, as the wedding marked not only a big pop culture moment but a historically significant one as well.

There have been many memorable royal weddings over the years, from the beautiful union of Prince William and Kate Middleton to the headline-making marriage of Prince Harry and Meghan Markle. While these unions have proven to be successful, several marriages within the royal family have crashed and burned in an epic manner, even after ceremonies that were watched by millions around the world.

Most notably, the marriages of Prince Charles and Princess Diana and Prince Andrew and Sarah Ferguson ended up in divorce, after years of tabloid scandal and public outcry.

Princess Diana’s wedding was a dream

Princess Diana was just a teenager when she met Prince Charles, who was England’s most eligible bachelor at the time. The much-older royal decided that Princess Diana would be the perfect candidate for marriage, and started courting her.

After a whirlwind series of dates, the two got engaged in early 1981. At the time, the naive young woman believed that their match was born from true love — and a wedding date was set for the summer of 1981.

The wedding took place in St. Paul’s Cathedral and was reportedly attended by close to 3,000 people, with millions more watching the wedding on television. The televised ceremony featured Princess Diana, walking down the aisle to meet her prince, wearing a stunning wedding dress that incorporated puffed sleeves and a dramatically long train that floated behind her.

Designed by David Emanuel, Princess Diana’s wedding dress was hand-embroidered with 10,000 tiny mother-of-pearl sequins and pearls and included layers of tulle under the skirt to create the iconic puffed look.

Diana and Charles’ wedding was more beautiful than their marriage

Sadly, it didn’t take long before Princess Diana and Prince Charles began to experience problems in their marriage — despite how stunning their wedding day had been. Reportedly, Princess Diana discovered early on that Prince Charles was having an affair with his longtime friend, Camilla Parker Bowles, and this contributed to the severe mental strain on her part.

By the early ’90s, Prince Charles’ alleged infidelity was headline-making news, and fans wondered how much longer the relationship could possibly last. After years of tension and turmoil, Princess Diana and Prince Charles divorced in 1996. Free from the confines of the royal family, Princess Diana embarked on a new path in life, only to have her story end in tragedy when she was killed in a car crash in 1997.

In the mid-80s, Prince Andrew and Sarah Ferguson were one of the royal family’s most buzzed-about couples. The two first crossed paths in 1985, after reportedly being set up by Princess Diana, and by 1986, they were married.

The Sarah Ferguson wedding Prince Andrew drew a lot of media attention and was televised to a global audience of around 500 million people. Ferguson’s wedding dress was embroidered with ivory silk, featuring a 20-foot veil, and was accessorized by a diamond and platinum tiara.

In 1996, the very same year that Princess Diana and Prince Charles divorced, Prince Andrew and Sarah Ferguson decided to split. Reportedly, the two had been experiencing problems for years due to the strain that Prince Andrew’s work commitments put on their union.

Additionally, Ferguson was allegedly having issues with other members of the royal family, and after her infamous “toe-sucking” scandal, which is said to have caused extreme embarrassment to the senior royals, divorce was imminent. Although Ferguson and Prince Andrew divorced in 1996, the two remain good friends to this day and have managed to successfully co-parent their two daughters together. 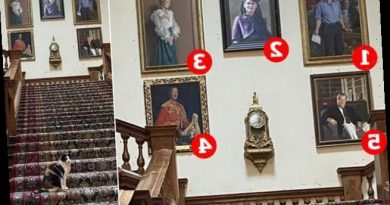 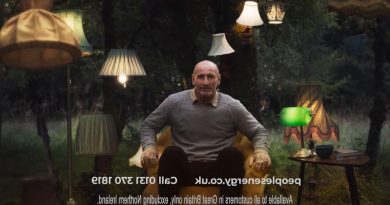 Utility Point and People's Energy go into administration leaving 570,000 customers without a supplier 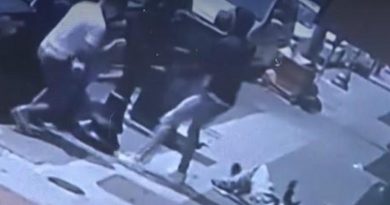 "Back to the wild, wild West": Brazen daytime attack adds to residents fears in Oaklands Chinatown