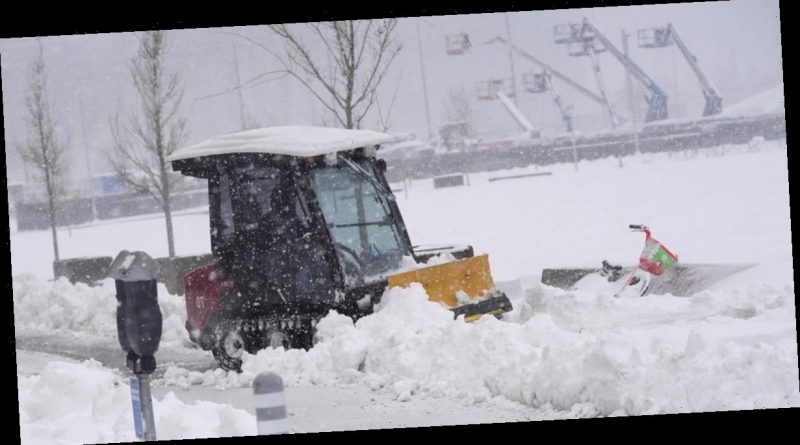 A powerful late winter storm hit the central Rocky Mountains Sunday with heavy snow and wind, leading to airport and highway closures, power outages and avalanche warnings in parts of Colorado, Wyoming and Nebraska. The storm dumped anywhere from a foot to 40 inches on the Denver metropolitan area, according to CBS News weather producer David Parkinson, making it the fourth biggest in Denver history.

At Denver International Airport, runways were closed just before noon due to blowing snow and poor visibility. The airport got roughly 27 inches, the National Weather Service Boulder, Colorado office tweeted.

27.1″ of storm total snowfall at DIA as of midnight tonight. The storm is winding down in Denver so this will be close to the final snowfall total. #COwx

Parkinson said there would be little to no melting Monday, meaning people would have lots of heavy, wet heavy snow to dig out from. It stopped SUVs, police cars and even plows yesterday, Parkinson said.

As of 7 a.m. EDT Monday, some 25,000 homes and businesses were without power, according to poweroutage.us.

At one point, Aurora, Colorado police tweeted that there were 48 calls pending for stuck motorists, adding that, “The road and weather conditions are so poor that even some of our first responders are waiting for assistance.”

An avalanche blocked Colorado Highway 14 in north-central Colorado on Sunday, the Department of Transportation said. 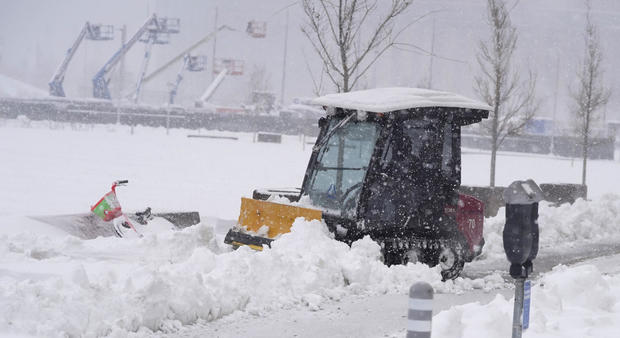 An avalanche warning was in effect Sunday for the Rockies west of Fort Collins, Boulder, Denver and Colorado Springs, where “intense snowfall will cause large and destructive avalanches,” the Colorado Avalanche Center said. The center warned that avalanches could happen in unusual locations and recommended against traveling in the backcountry.

Denver Public Schools are taking a snow day on Monday, as will schools in Cheyenne and Casper in Wyoming. Some government offices in those areas also will be closed Monday.

The National Weather Service in Wyoming called it a “historic and crippling” winter storm that would cause extremely dangerous to impossible travel conditions through at least early Monday.

Major roads southeast of a line that crosses diagonally from the southwest corner of Wyoming to its northeast corner were closed Sunday, including roads in and out of Cheyenne and Casper.

The Wyoming Department of Transportation suspended plowing operations in the Casper area Sunday due to heavy snow and a lack of visibility, the agency said.

“We had several plows drive off the roadway due to limited to zero visibility,” the agency said on its Facebook page. 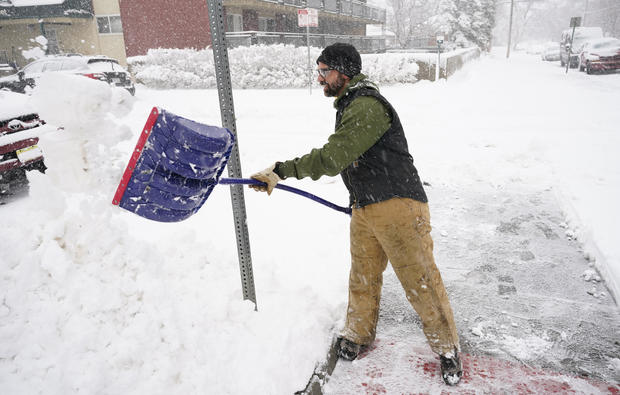 A person who answered the phone at the Love’s Travel Stop in Cheyenne, but declined to give his name, said 98 trucks were stranded there. They were taking fuel out a can at a time to fill up generators on the trucks to keep their refrigerators or freezers running, he said.

Interstate 25 was closed north from Fort Collins, Colorado, to its end at Buffalo, Wyoming while Interstate 80 was closed across southern Wyoming and into the Nebraska panhandle, where 19 inches of snow were reported just south of Gering, Nebraska.

Nebraska’s transportation department asked people across the state to stay home to avoid strong winds and rain on the eastern side of the state and blizzard conditions in the west, the Omaha World-Herald reported. Traffic from Interstate 80 was routed into nearby cities and towns. 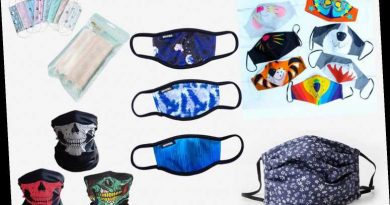 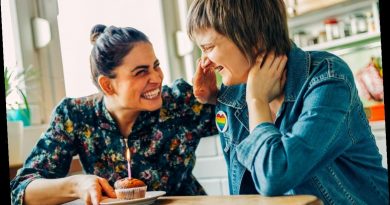 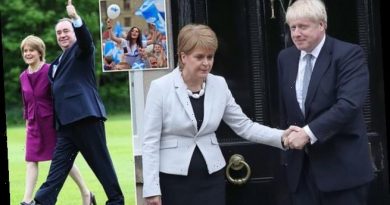