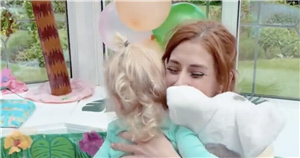 Taking to her Instagram stories, Stacey, 31, shared the day with her 4.4 million followers, as Rex enjoyed a day themed around Disney’s Moana.

Stacey put together a lovely video where everyone sings little Rex happy birthday and as he comes into the conservatory the little one is treated to decorations galore.

There’s a makeshift pool with an inflatable dolphin in, a huge Moana-themed cake and lots of colourful balloons frame the windows.

Stacey, who recently congratulated her pal Mrs Hinch as she welcomed a baby boy, wrote: “I can’t thank you all enough for your beautiful messages, stories and posts they’re so so special…

“He’s been so overwhelmed and excited all morning. And now I’m chasing him around trying to get his coat on because he has some special friends coming to visit.”

Stacey also laid on some miniature ponies for little Rex to stroke and pet and he beamed as he spent his morning with the furry visitors.

Rex rode one of them and looked as happy as ever as they walked around Stacey and Joe Swash’s expansive garden.

The mum-of-three filmed as little Rex opened up all of his gifts with the help of dad Joe Swash, 39.

In true Stacey style, the organised star had prepared Rex’s birthday decorations the evening before, with the help of her sister and her eldest son Zachary.

Stacey told fans: “Zachy and me nearly passed out blowing up balloons… must buy a balloon blower one day,” and she and her son began the birthday preparations.

Stacey’s sister then came over with some ocean decorations and they created a visually stunning Moana-themed display in the room.

Despite the decorations all going to plan, there was one aspect of Rex’s birthday which had Stacey a fluster.

Prior to the day, Stacey made fiancé Joe Swash a costume for their son’s birthday, but it turned disastrous.

Hoping to attend the bash as Tamatoa from Moana, Joe struggled to contain his modesty as he slipped into the bright purple, skintight costume Stacey had been labouring over.

"Trying to make Joe a shiny Tamatoa Crab costume for Rex's birthday and it's not looking very appropriate for a toddler's party," Stacey initially wrote before sharing a clip of Joe in the outfit.

"Think Tamatoa may have to wear a grass skirt on the day … my nieces and nephews and the boys think it's very funny looking though," Stacey captioned the image.

She could also be heard telling Joe to "tuck it away and just move it", to which Joe replied: "I don't have anywhere to put it. It's my penis!'"

However, it seems from Rex’s happy face and the day Stacey laid on that everything went to plan after all. 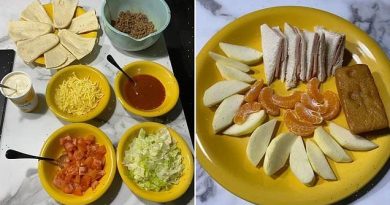 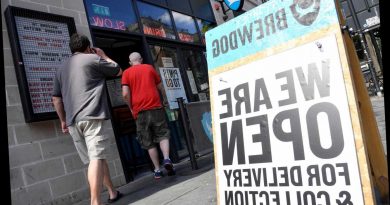 Which pubs open today, July 4, and what are the opening hours? Full list of chains open on Saturday – The Sun 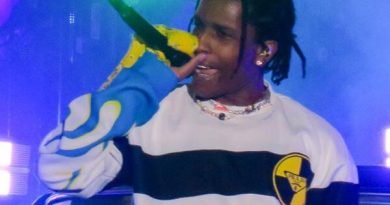 A$AP Rocky Speaks Out on Scary Experience in Sweden