Gary Canning (Damien Richardson) and Amy Williams (Zoe Cramond) aren’t the most solid of relationships right now, so are they ready for what’s about to hit them in Neighbours?

Gary is still feeling insecure about Amy and Kyle (Chris Milligan). He knows he’s not much competition for his son and is at risk of losing everything he loves. So when he hears that Kyle plans on leaving town once the tram is done, he’s a little bit delighted to say the least.

Amy, on the other hand, is floored by the news of Kyle’s impending departure, which is a pretty bad sign for her and Gazza, and heads straight to hear it from the horse’s mouth.

As Kyle confesses he’s ready to leave, she admits she really doesn’t want him to, and it leads to a moment electric with sexual tension.

Kyle thinks it means something and confides in Sheila (Colette Mann), but he doesn’t want to hurt his dad. He decides to stay to see what happens, but Amy is feeling guilty over the charged moment and it leads to her making a shock decision.

Wanting to prove to Gary that he’s the one she tells him what she really wants – once they’re married, she wants a baby.

How will Gary react to her impulsive decision? Probably not much better than Kyle, who is disgusted and initially resolves to leave town, but later decides to stay and do what he can to stop it from happening. Will he manage it before Amy gets what she wants?

‘It Was So Much Blood’: Chris Redd Details Violent Comedy Cellar Attack That Left His Face With Three Fractures 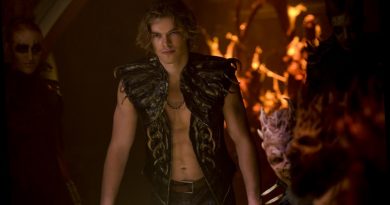 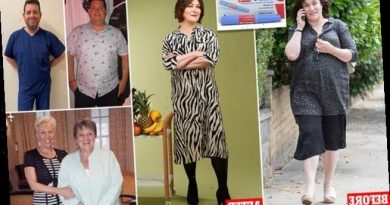 SARAH VINE: How do I know the fat jab works? Because I'm on it!