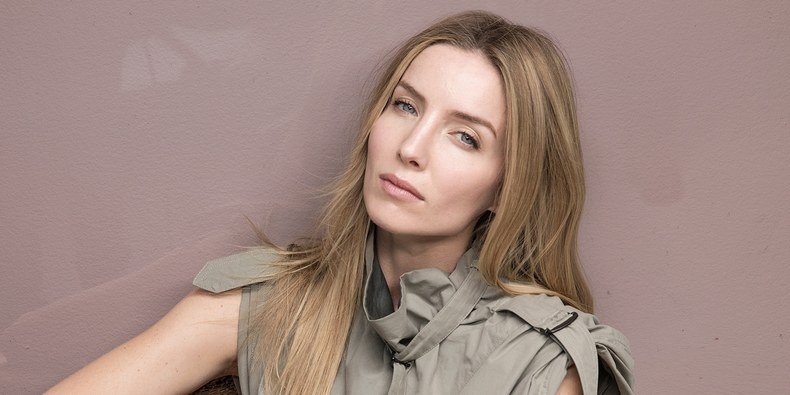 In 2016, the 34-year-old actress Annabelle Wallis was wrapping up her third and final season on the BBC's Peaky Blinders, completely unaware that the real-life events which would lead to her next major project, The Loudest Voice, were unfolding in real time. A new Showtime miniseries, The Loudest Voice is an uncomfortable, up-close look at the late Roger Ailes's hugely influential tenure as CEO and chairman of Fox News, which came to an end in 2016. That July, former Fox News anchor Gretchen Carlson sued Ailes for sexual harassment—effectively opening the floodgates for the all too many women who'd also been subjected to Ailes's predatory behavior for decades.

Many of those women, like Carlson, worked for Fox News. Among them was Laurie Luhn, a booker for the network who soon shared her truly harrowing story of being sexually harassed and "psychologically tortured" by Ailes for more than 20 years. Her name might not be as recognizable as Megyn Kelly's, but her story, as Wallis quickly learned in portraying her, is unfortunately all too emblematic of Ailes's reign of terror. Here, the actress opens up about everything from feeling like "a product" of Ailes herself to forever crushing on Prince William. (Or any prince, for that matter.)

Tell me about your role in The Loudest Voice.I play Laurie Luhn, who was a booker for the Fox News shows. I'm in a sea of prosthetics with my other castmates, because we're playing true characters, but luckily, I just had to alter my makeup and kind of arch my eyebrows differently. We worked with a lot of very orange makeup for the time and the aesthetic of Fox News, which was very much curated by Roger Ailes: the tight, the bright, the overly revealing. The sexy, but with a bit of restraint, like the high necklines. And legs. Lots of legs. There were no desks at Fox News, because with a desk, I suspect, you could get up to a lot of trouble underneath.

Were you aware of what had been going on at Fox before you did the movie?Well, it was only when I started to read about Roger Ailes that I realized how we're all so much a part of a world that he created—this image-heavy world that's so saturated with news of all forms, be it real, be it fake. It’s a saturation of stimuli and content, and I, myself, am a product of that world, which Roger Ailes very much helped create.

Russell Crowe as Roger Ailes and Annabelle Wallis as Laurie Luhn in Showtime’s The Loudest Voice (2019).

I didn't really know where it came from before, but it was also then that I realized how much of the over-sexualization of women in film, TV, and news stemmed from Roger Ailes, too. It was quite fascinating to see the influence that he had on Western culture. We've absorbed his ways, but his ways were also one of the catalysts of the #MeToo movement, because women are fed up with these ideas of they have to look, and how they’re perceived. We've been sexualized in a certain way and there's a rebellion to that. So, it's a fascinating story. It’s been a ride to look at all sides of it, because by being in the world, we enable it as much as we like his ideals. And we have to say no. So it's interesting being in this time that people are using their voice to maybe change that. It's exciting.

What was your first serious audition?When I first got to London, I had a meeting for one of Christopher Nolan's films. But they wouldn't give you the script or anything; they just said, "Dress as a superhero," and I wore the most skin-tight, latex situation. It was so intense that when I walked into the room, Christopher Nolan couldn't look at me. He was so embarrassed—he was just like, "Too much!" I think my over-preparation went against me that day.

Well, I bet he remembered you.I bet he did.

Did you have a fallback plan, if acting didn't work out?No. When I was young, I just wanted to be like Jane Goodall—to contribute to the earth, and to live among animals. I liked sloths the best: That’s the animal I aspire to be like. A sloth just owns it. I think they're a lovely metaphor for how we all hope to be—to be mindful, and to slow down. There’s great power in stillness.

Where was your first kiss?It was outside of the school gates of Saint Dominic's", an international school I went to in Lisbon. And I was such a tomboy then, which people seem to find interesting with my aesthetic. I had a motorbike and I used to ride horses and I used to wear chaps like I was a cowboy. I was a bit odd, and I didn't really get into boys until I was 15 or 16, so I wasn't expecting it. I did not expect to be liked by anyone, really.

So it was a surprise?It was—I wasn't really angling for it at all. But I loved the kiss. I just love a kiss. If you're going to give me one, I'll probably enjoy it very much.

What was your favorite film growing up?Cat on a Hot Tin Roof, with Paul Newman and Elizabeth Taylor. It wasn't so much that I understood the film—I was probably too young to be watching it—but I just remember watching it and thinking there was so much ferocity. I thought, "What an amazing job, to be able to convey life in that way that it vibrates within you and it vibrates within the person watching it." So, Cat on a Hot Tin Roof—but also Home Alone. I was quite the sophisticated child.

The working title of our show was not Fosse/Verdon—it was just Fosse, but then the producers got smart. They realized that Gwen Verdon and Bob Fosse were romantic and creative partners who remained entangled until the end of his life. It was the right time, in 2019, to make a show about a partnership. It was also the first time that I’ve had pay parity with a male costar and equal space to voice my thoughts. I’d never experienced anything like it. Since I felt completely supported, I could jump higher and take more risks.

You started acting as a child. Did you find that people treated you—and continue to treat you—in a diminishing way?

Absolutely. When you’re physically small, when men hug you, they pick you up off the floor. That doesn’t happen anymore.

Cabaret. When I performed the song “Maybe This Time” [on Broadway, in 2014], it never didn’t get to me. I’m sad that I’ll never sing it again. Musicals are deep in me: When I did a tap dance for Fosse/Verdon, I realized it returned me to this very primal love, before anything negative was associated with acting, work, or identity. I felt like I was a little girl. It was a genuine moment of joy.

Who was your childhood crush?Oh, Prince William. You know when you could collage your binders at school? Everyone had the obvious ones, like Leonardo DiCaprio and Brad Pitt, but I didn't like that everyone liked the same guy. So I was like, "I want Prince William," and I had Prince William on my binder. An ex-boyfriend of mine found it quite hilarious, so when I was away, he took the opportunity to "collage" all my other books with all these pictures of Prince William, too. It was quite funny, actually.

Would you have gone for Harry, too?Well, once a prince, always a prince. You're pretty happy with any prince. When he comes, you take him. I’m happy with my life choices, but I would've been happy with either prince. I thought, "Princess, actress…" [Laughs.] I was like, "Could I be like Grace Kelly? I could." And I could've!

You know, it does actually seem like that could have transpired over the course of your life.I like that you think it was not impossible. You know, maybe this is where our love affair begins.

Did you ever intersect? Were you ever at same place, at the same time?Yeah, growing up, I was in London, and my friends went to Saint Andrews with William—and Harry, too. Harry was always around. It could've happened.

And Harry liked blondes.Well, he really didn't like them that much, because he didn't end up with one, did he?

What was the first album you ever bought?Michael Jackson's "Thriller." Or this band called Chaka Demus and Pliers, which is also very sexy music for a young kid to be dancing to. Now that I think about it, again, slightly odd.

Do you have a karaoke song?I have a few. The last time I went, I did "Tainted Love." I find it quite theatrical and you can move around. I need to dance while I karaoke, and that allows me to do a faux seductress type of act. I mean, I don't know how it is, but with a couple drinks in, I think it's good. 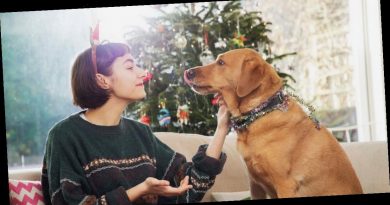 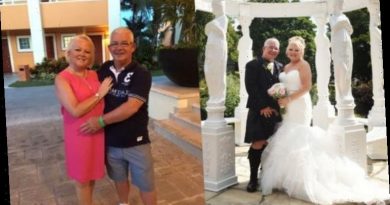