Home » Lifestyle » ‘Rings of Power’ Episode 6 Recap: ‘Udûn’ is the Darkest, Bloodiest and Best Episode Yet

Anyone who’s been waiting for “The Rings of Power” to pick up the pace will have their wish granted by “Udûn,” an hour-long battle sequence with a few brief interludes thrown in for viewers to collect their thoughts. It’s the most focused episode to date, as two of the main narrative threads are conspicuous in their absence: Elrond and Durin’s odd-couple bromance and the hobbitses’ migration. It’s also the most consequential.

It would appear that having a stronger, larger army matters little when attacking a fortress in Middle-earth. Just as Saruman learned this the hard way in “The Two Towers,” Adar does in the opening moments of “Udûn.” He and his battalion of orcs and human conscripts march on Ostirith, the watchtower where Bronwyn, Arondir, and their people have taken shelter; the battle promises to be a short one, with little hope of survival for the good guys, except there’s no battle at all. The tower is abandoned, and yet Adar is sure that Arondir remains — “I can smell him,” he tells one of his officers. He’s right, of course, but he failed to anticipate the trap he’s just walked into: With a few arrows and graceful movements, Arondir brings the whole place down via a booby-trapped tower as he makes his nimble escape, presumably wiping out Adar’s forces in one fell swoop. Though yet to show as much personality as some of the show’s other characters, Arondir can always be counted on for a balletic action sequence.

The victory is short-lived, however, as one battle tends to just start another. After retreating to a nearby village and setting up their meager defenses for the inevitable second round, Arondir’s forces appear to eke out yet another win against Adar. (If all this seems too good to be true, that’s because it is.) It isn’t the most believable come-from-behind victory we’ve seen in Middle-earth, but it’s still an engrossing one — especially once Arondir gets cornered by an absolute unit of an orc who comes dangerously close to ending him.

He’s saved at the last moment, but not before the orc has spilled black, viscous blood all over him. The visual is as important as it is disgusting, for Arondir can’t help noticing a nearby corpse covered in the more familiar red while assessing the enemy’s casualties. Then a terrible realization dawns upon our heroes: Mixed in with the orcs were their own people, the ones who foolishly accepted Adar’s offer of peace in exchange for swearing fealty. (Who could have guessed that he wasn’t trustworthy?) They aren’t the only army who can spring a trap, and arrows soon begin raining from the sky — two of which strike Bronwyn.

This is the most peril one of the protagonists has been in so far, and seeing Bronwyn pierced by two arrows is sure to have some viewers concerned that the lovely speech she delivered to her son Theo earlier in the episode was a kind of swan song: “This shadow is but a small and passing thing,” she tells him, echoing Sam’s words to Frodo at the end of “The Two Towers.” “There is light and high beauty forever beyond its reach. Find the light and the shadow will not find you.”

Arondir carries her into a makeshift keep where the group’s noncombatants have been hiding, but not before many of his compatriots are killed by the hail of arrows. Thus begins the darkest, most violent sequence of the series thus far, with Bronwyn narrowly surviving after having her wounds painfully cauterized and Adar breaking into the keep and demanding to know where “it” is. “It,” in this case, is the sword Theo found, the one we’ve been led to believe belonged to none other than Sauron himself. It’s wrapped in cloth and hidden beneath the floorboards, but Arondir refuses to tell him that — even when Adar’s soldiers begin killing hostages. Not until they turn their attention to Bronwyn does Theo reveal the blade’s location.

How many times can the good guys be saved at the last moment before it stops being an effective plot device? Difficult to say, but it certainly hasn’t happened yet. For it’s just after Adar makes off with the covered blade that we hear a rumble in the distance, the kind that can only mean approaching horses carrying Galadriel, Halbrand and hundreds of Númenorians clad in what might be the most gorgeous armor you’ll ever see. Galadriel and Halbrand track down Adar and retrieve the sword, with Halbrand coming close to killing him after asking whether Adar remembers him (he does not). But Galadriel wants him alive, which can only mean one thing: It’s time for an interrogation, dear readers.

Before that, though, we’re treated to a brief respite in which Halbrand is hailed as the returning King of the Southlands, Elendil and Isildur bond over their first father-son battle and we learn about the unbreakable bond between horse and rider. “Lord of the Rings” has never lacked for epic battles — though few, it must be said, are quite as bloody as the one we’ve just witnessed — but these small moments in between have always been its true heart.

As he’s being questioned, we finally learn Adar’s whole deal: He’s a “Son of the Dark,” one of the first orcs, an elf taken by Morgoth and corrupted into his current form. She then promises to kill every last one of his kind, saving him for last so he can see all of his “children” die before she sticks a dagger into his poisoned heart. (Yikes!) His response? “It would seem I’m not the only elf alive who’s been transformed by darkness.” He’s got a point, Galadriel.

But what of the sword, which still hasn’t been removed from its covering? Galadriel returns it to Arondir, who speaks to Theo about it and advises that the accursed blade be tossed into the sea. But they were both of them deceived, for Waldreg — last seen bailing on his people in the hope that Adar would reward his betrayal with safety — has taken the blade in secret and replaced it with a mere axe. Why he’s done so relates to the episode’s title, which has implications that will last thousands of years. The old man plunges the true blade into a puzzle-like lock, setting off a seismic chain of events: Water recedes into underground passages, shooting up in geyser-like bursts all around our heroes before flowing into the interior of what appears to be a normal mountain before it begins erupting and turns the sky black.

Dear readers, Udûn is a valley of Mordor thought to have been formed by volcanic activity. The mountain that just revealed itself as a volcano is Mount Doom. The eruption we just witnessed was a cataclysm unto itself, but it surely pales in comparison to what’s to come. 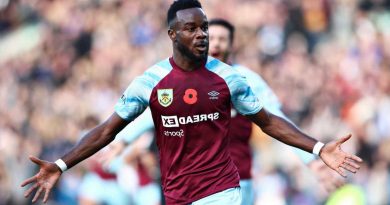 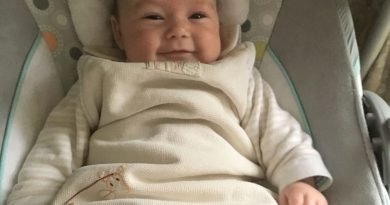